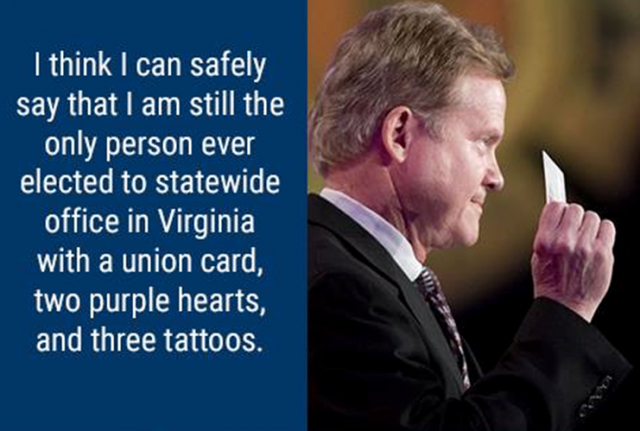 As a California Democrat, I really have only one wish for November 2016: That I am not forced to choose between the “lesser of two evils” and the “”evilest of two lessers.”

While most of my good friends at Legal Insurrection are keeping track of the Republican contenders for the presidency, I have vowed to stay on top of the Democratic race.

Let me assure you that Hillary Clinton is as far from inevitable as we are from the Philae Lander. In fact, 54% of the Democrats asked in a Rasmussen poll said they want a “fresh face.”

Marlyland’s former governor, Martin O’Malley, has been receiving standing ovations and drawn comparisons to John F. Kennedy simply by being a credible candidate. Several of the Democrats I correspond with about politics concur with his most recent statement about the 2016 race:

“The presidency of the United States is not some crown to be passed between two families,” Mr. O’Malley said on ABC’s “This Week.”

Another potential who seems to be passing the “fresh face” test and is inspiring actual enthusiasm among those I talk to is Jim Webb, former Senator from Virginia, who has been a combat Marine, a counsel in the Congress, and an assistant secretary of defense and Secretary of the Navy.

The following video was prepared in response to inquiries if he was going to run.

I find his concerns about focusing too much on a “multicultural society” and not enough about sensible foreign policy truly refreshing…coming from a Democrat. I think the the best line, and one that sums up how far the Democrat Party has sunk since Webb first became politically active, is: “There used to be a time when people…came to the Democrat Party, not for a hand-out, but for an honest, respectable hand-shake.”

Michigan conservative talk show host and member of a city council, Lloyd Conway, explained the appeal: “Jim Webb is a Harry Truman style Democrat. He is the type of Democrat that made up the bulk of the party before the George McGovern candidacy. Harry Truman focused on the kind of working class voter and small businesses that have been over-looked in the past several elections. I think Webb has sensed the void, and can make a serious run.”

And while Conway is a Republican, he would be willing to pull the lever for Webb…depending on who the Republicans ran.

On the other side of the spectrum, staunch Democrat and progressive-minded Dan Epperly notes, “I like what I have read; he seems like a no nonsense guy and not part of the machine.”

Webb has an exploratory committee, is meeting with Democratic Party donors who aren’t sold on Hillary Clinton, and is laying to groundwork for Iowa.

I have made a personal vow not to get emotionally invested in any candidate before the primary season is well underway. However, I hope that when it is all over, I could go into the booth in November, 2016 not seriously concerned that the security of the country would be jeopardized if a particular presidential candidate won.

I’d LOVE to know who the Conservative(s) are who have “urged” him to run, since he claims he’s “been urged by people all across the political spectrum”.

But compared to Barracula, he’d be a huge improvement.

Just not ENOUGH of an improvement. We need a reformer.

Webb would be an improvement in the same sense that it is an improvement to drive a car off of a cliff at “only” 50 MPH instead of 200 MPH. The result will still be the same, except that you will take a wee bit longer in reaching the inevitable, er, conclusion.

Beating Hillary would be better than losing to Webb, but the downside of inevitable incorrigible Hillary and her foreign/family friends is disastrous.

I brought up Webb (slumming on some other blog 😉 ) some six months ago as a better alternative for D’s and many trashed him. I still don’t know much about him, and he’s no doubt already making campaign crafted statements. But any knock on multi-culti world is good, at least some military awareness would help, and slapping down the hand outs is essential.

Walker vs Webb are my best bet for the general, but I’d need good odds to put money on it. Walker then wins on the union issue which will be huge, as voters know states are going bankrupt from public union coercion. If it was Webb vs Bush I’d have to take a good look at Webb.

That should about do it. I’m pretty sure I know the answers to those questions for *all* of the Democratic candidates. Heck, most of the Republican candidates probably won’t answer them right or honestly. But at least they would be a step in the right direction.

“….Healthcare they can afford.”

Did I just hear someone from the Dem side say they would be willing to overturn Obamacare or was that just my imagination? Regardless, seems like a fairly no nonsense guy, Dems could certainly do worse than Webb in 2016.

I’ve commented this before, and it bears repeating:

Jim Webb isn’t even going to get out of the starting gate on a Presidential run. His heresy to the Democrat Party of writing that “White Privilege” is a myth will doom him with the Proglodytes and the NAACP/Rainbow-Pushers/National (shakedown) Action Network/Black Panther crowd.

There is no way in Hell that the Dimbulbs allow someone to run who wrote that Affirmative Action needs to be dismantled. It simply isn’t going to happen.

It is almost always a bad sign for a candidate to be compared to Harry Truman, the patron saint of underdog candidates. Moreover, considering the way Truman bungled both the Cold War and the Korean War, it seems that comparing someone to Truman could be considered a veiled insult.

Maybe by “fresh face” they mean a 50-ish men with brown skin? Personally, I like Webb more than anyone else on that side of the isle, but what’s with “concerns about focusing too much on a “multicultural society” and not enough about sensible foreign” — his time had passed.