Pour a craft beer and thank a rocket scientist! 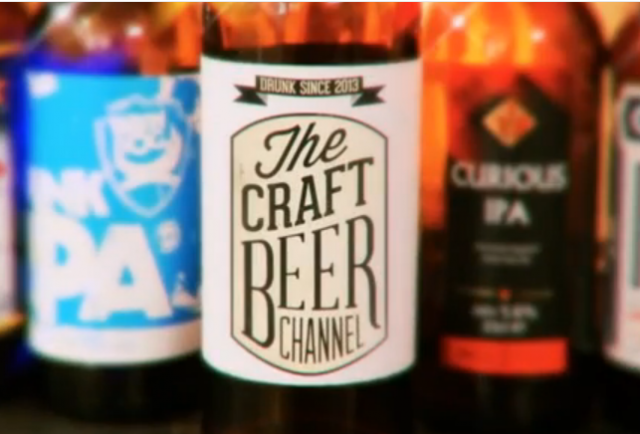 The event is promoted by the Competitive Enterprise Institute; its website offers the background on today’s festivities:

In homage to the ancient Egypt, chemistry, and free enterprise, my selection for Top Human Achievement 2015 is…. beer!

The related inventions of bread and beer are speculated to have been the impetus for humanity’s ability to develop technology and build civilization. Egyptian texts from 1600 BC contain 100 medical prescriptions calling for beer, and if an Egyptian gentleman offered a lady a sip of his beer they were engaged.

San Diego is the epicenter of the American craft beer industry. Interestingly, this development is tied directly to new social media technologies.

A democratization (Beer Democracy and Open Source Brewing) of beer began in earnest during the late 1970’s by homebrewers. It was then that better beer began its journey, championed by individuals and not corporate strategies. Homebrewers began learning how to make the beer types they could no longer buy. A few homebrewers started their own small breweries, the first new breweries to open since prohibition began in 1923. A revival had begun. Beer drinkers learned to appreciate these new “microbrews.” The term microbrews has since evolved to “craft beer;” particularly from small and independent brewers (see What is Craft Beer). There are now 1,829 small and independent craft brewers in the USA.

The revival of American beer of the past 30 years is a phenomenon attributable to one of the first (if not the first) “open-source” collaborative experiences in modern history. The community of homebrewers, beer enthusiasts and craft brewers made the pioneers of the democratization of process. It is only anecdotal knowing that Steve Jobs was a member of the “Homebrew Computer Club,” from which the seeds of the Mac Computer would emerge (visit Homebrew and How the Apple Came to Be).

This year, I also have an honorable mention. My second pick is the spacecraft Philae, which has landed on a comet 300 million miles away…in part, in hopes that mankind can learn enough about them to prevent mass extinction by comet impact sometime in the future. Talk about climate change!

As an added bonus, this choice will tweak those “Earth Hour” drama queens who berated Dr. Matt Taylor, one of the project scientists for that mission, for his press conference shirt selection.

About the project, Taylor says:

“The opportunity to work on Rosetta was huge and I cannot begin to describe the excitement associated with this mission. It really is just so cool. Previous missions have only flown past comets. For the first time we will fly with the comet and actually land on it! The Rosetta mission is a breakthrough in space science and exploration and really demonstrates what international collaboration can achieve.”

My colleagues at Canto Talk suggested i-phones (which have helped document and publicize citizen protests worldwide) and airplanes (a major target of climate histrionics), which are also great choices.

However you decide to pay tribute to the human innovations that have helped people, make sure it involves a fun drink and something politically incorrect!

outside, with the lights ON in and out of the house…

I bake a potato in my ELECTRIC toaster-oven, and play

Pink Floyd blaring on my stereo, WITH the television on.

don’t forget to use green wood.

I’ve totally got a pile of stumps out back that I pulled out with an excavator that will be burned tonight. The fire will be started with a propane torch from Lowes.

Hot dogs, smores and Jack Daniels will be consumed.

So many AWESOME things that make me smile.

Because propane is clean compared to starting the fire with a gallon (or 4) of diesel, I’m being very environmentally friendly.

I was going to wait another month to burn this, but Thank you moon bats for helping me get this done now. Thank you LI for this PSA.

An EXCELLENT song to play at 11 settings for the occasion.

WHERE ARE YOUR TRIGGER WARNINGS?

What of the feeeeeelings of the oppressed, the underachievers, the slow, the dull of wit, the Democratic voters?

What of the poor feminists who must suffer the cruel realization that the vast majority of human achievements came from men, even if it was under an oppressive heteronormative patriarchal paradigm?

I can tell right now CEI didn’t even hire a diversity consultant to construct a more inclusive holiday.

Thank you for the reminder.

I take exception to San Diego being the epicenter of craft beer. Was there three weeks ago. Sure, Modern Times, Société and Green Flash are good. But get over the hops upon hops that are put in EVERY beer! Please, come to Colorado. There is a new micro brewery opening up every week on the front range. And not everything served is a hopped up 150 IBU IPA.

Right now, I am sitting on my front porch, enjoying a Tank 7, a farmhouse ale from Boulevard Brewing in Kansas City, MO. Delicious!

I’m very fond of the offerings from Deschutes out of Bend, OR.

We have St. Arnolds and Southern Star locally, both produce some very fine stuff!