A guide to why this Israeli election matters, a lot 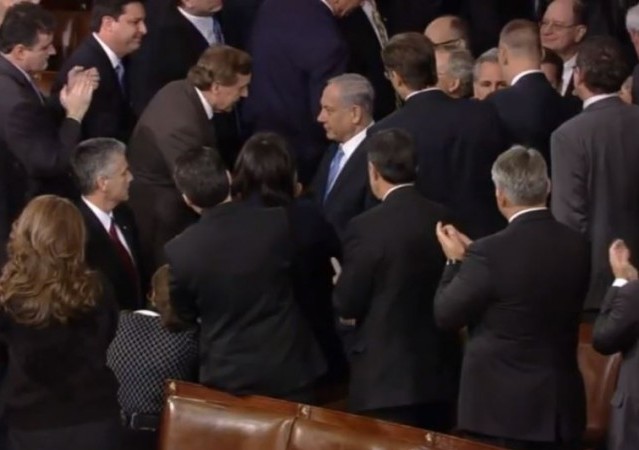 On Tuesday Israel’s people will elect the 34th government of their country’s short 67 year history.

PM Benjamin (Bibi) Netanyahu’s bid for reelection once looked rock solid, his Likud party guaranteed to come out ahead of the pack.

Now, his political future is hanging on a thread.

His main rival, the Zionist Union—a new party with a pretentious-sounding name (as if only Isaac (Buji) Herzog and Tzipi Livni are the true Zionist heirs)—now has a considerable four seat edge in final media polls released on Friday.

A four day legally required moratorium on polling has kicked in, so that’ll be the best guess until the election returns start coming in on Tuesday night.

Netanyahu is feeling the heat. Last Thursday he acknowledged that there’s a “real danger” he’ll be ousted if the Likud can’t close the gap. He’s already indicated that he’ll resign as party leader and withdraw from political life if the Likud ends up with less than 18 seats.

This would be a tragic career finish for someone who in the last few months has done so much to advance the cause of Israel and the Jewish people, the Middle East region, and the free world. 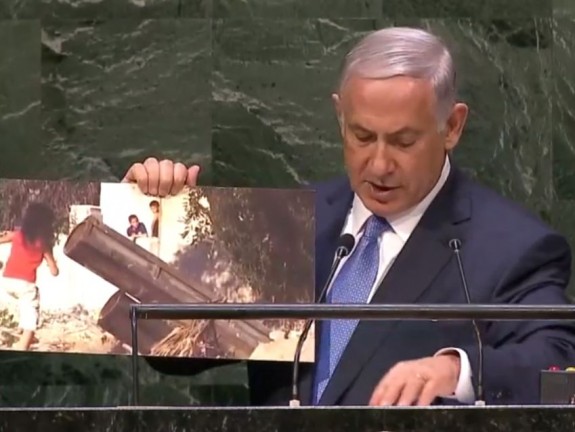 Netanyahu is blaming his party’s downward spiral on a relentless “anyone but Bibi” media campaign, one that he views as a “worldwide effort” to topple him. His opponents have called these accusations baseless. But he has a valid point.

The well-oiled system operating to replace Netanyahu is both unprecedented in Israeli politics, and controversial. It involves a new organization known as V15, a group with links to the U.S. State Department; a former Obama campaign strategist; and a significant infusion of foreign funds. It’s no wonder that in a recent poll, 61% of Israelis thought that the Obama administration was interfering in Israel’s elections.

Many Israelis also think that the White House is behind last week’s leak of a 2013 Israeli-Palestinian negotiation document, which demonstrates the far-reaching concessions that Netanyahu was then prepared to make. There’s no independent corroboration for it, but the timing of its publication—just after Netanyahu returned from his trip to DC—reeks of ‘payback’.

Outside interference or not, if the Likud is trounced on Tuesday, it’ll mostly be for the same reason that incumbents are defeated the world over—a mismanaged campaign in the final days of a hot contest.

Netanyahu’s campaign has lost its touch.

Once deftly handling the onslaught of petty anti-Netanyahu character assassinations, it fielded a clever and creative set of You Tube videos that played to Netanyahu’s strengths.

But now his campaign strategists are seriously goofing up, like airing a video that, in a botched attempt to highlight the prime minister’s efforts to target corruption, winds up comparing Israeli unionized workers to Hamas terrorists.

Instead, he distanced himself from it—making himself look like a liar and a cheat.

It was the wrong move.

By supporting the document, Netanyahu was bound to lose some right-wing Likud supporters to ‘purer’ right-wing parties (like Naftali Bennett’s Jewish Home). But because they’re the Likud’s natural coalition partners, this wouldn’t have mattered much. Losing Likud’s centrist voters comes at a higher cost. Now defecting in droves, they’ve given Yair Lapid’s campaign a welcome shot in the arm. Of course, since Lapid is much more likely to join a Herzog/Livni government, this is exactly what his opponents wanted to happen, which is why the document was leaked in the first place.

But Netanyahu’s opponents shouldn’t uncork the champagne just yet. Even if the Zionist Union ekes out a few more seats, it’s still the Likud that’ll probably have the better chance to cobble together a coherent coalition.

By some miracle, Herzog might just manage to unify a disparate group of political parties that despise each other just as much (and maybe more) than they hate Netanyahu. 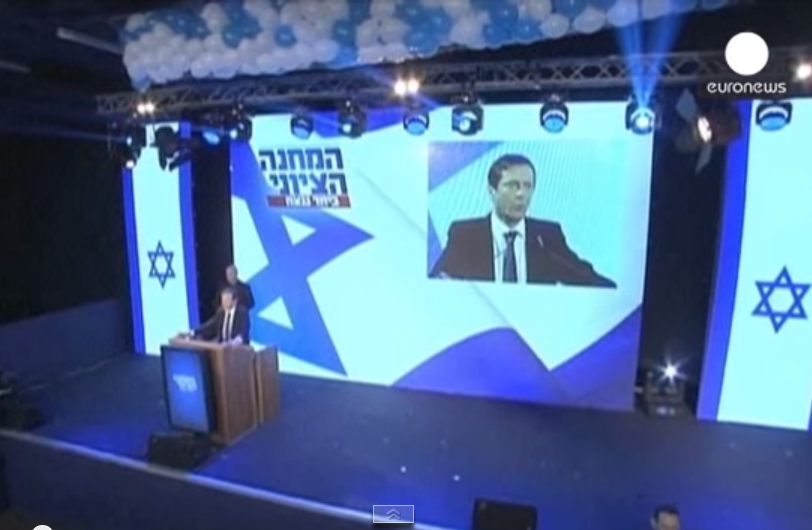 If he succeeds, the thinking in some political circles is that this new government will mend the ruptured relationship between Israel and the Obama administration. There is something to be said for this. Herzog is a mild-mannered, soft-spoken kind of guy and the chemistry between him and Obama is certainly likely to be better. They may even hit it off.

Still, it’s wishful thinking. It’s going to be a rocky 22 months even if Herzog wins.

A Herzog-led government (which is certainly likely to include the tough-minded Maj. Gen. (ret.) Amos Yadlin, who’s already been tapped as its new defense minister) won’t be any more open to Obama’s bizarre vision for the region.

Just like Netanyahu, Herzog considers Iran an existential threat that must be faced down. And with regard to the Palestinians, Herzog and Yadlin are more or less on the same page as Netanyahu—and light years away from Obama’s position on the core issues.

Less than two weeks ago, Netanyahu delivered what may be his last AIPAC speech as a sitting prime minister. The speech was magnificent, as persuasive and powerful as the one he gave to the joint session of Congress the following day. He closed with the following lines:

“Israel and the United States will continue to stand together because America and Israel are more than friends. We’re like family. We’re practically mishpocha [the Yiddish and Hebrew word for family]”.

In an excellent analysis of how Obama’s Middle East policy is hobbled by this deep American commitment to Israel, Walter Russell Mead echoes Netanyahu’s parting words:

“The United States of America really does see Israel as a cherished friend and ally…For many…what the Jews have built in Israel, despite all the problems and flaws, is a precious jewel, a beacon of liberty, and a sign of hope in the dark”.

In the end, as Mead suggests, it’s irrelevant whether Bibi or Buji becomes Israel’s next prime minister. What matters is whether President Obama will stop trying to “airbrush Israel out of [America’s] family pictures” and begin to build a Middle East policy based on the fact that “Israel is here and that America likes it”.

Why does the whole world seem bent on self-destruction?

I pray for the Peace of Israel often. Netanyahu seems like a honorable, brave fellow. May BiBi be able to stay the course for the sake of all that’s good and decent.

Bibi was six years into his term. He didn’t have to call for new elections. But word is that obama was going to thrash him and pull the strings on “2 states floating in solution.”

Instead of letting Israel take the beating, Bibi Netanyahu stepped up to the plate, and by calling for new elections … took the heat off what the white house was going to do.

There’s untold amounts of money flowing in to shake Netanyahu into a loss. But the left doesn’t have the votes! If they did? They’d spend less money, and a lot more time laughing.

I think the race goes to “The Bibi-Sitter.” While, yes, no matter how many seats Bibi wins he will still need to put together a government. And? That means Herzog will hold out for the best portfolio he can get. Hatnua? I think Livni can go and wash her dishes.

What the Left in Israel owns, however, is their supreme court. And, they are trying to buy Sara Netanyahu … as if she personally brings used bottles to the supermarket, to collect the deposits.

It’s Israel’s greatest problem! The elites are communist leftists. But they’re nowhere without the IDF!

Meanwhile, if Israel were really weak the arabs would be forming their armies all around her border. Do you know why not? Think of Gaza. This summer. And, all of Dubai’s money (and the Emirates money) that went down the toilet.

Now, if I said “tunnels” what’s the first thing you think of?

It won’t be Lapid. He’s vapid.

The Obama administration thinks not. That is why they have been trying to influence the Israeli election.

Herzog lost me with his statement about how he was going to “reignite the peace process.” While that is a consummation devoutly to be wished, his alleged peace partner would be the local Palestinian government, which is indistinguishable from Hamas, an organization whose stated goal is not peace, but genocide of the Jews.

Now if he has some way to get either the Palis or Hamas to repudiate the Hamas Covenant, I would dearly like to see it.

Bibi Wins…orrrr…Obama Wins in Tuesday’s election in Israel. For Godsakes, citizens of Zion, are you about to shoot yourselves in your heads? I pray fervently NOT.

Your Prime Minister is Winston Churchill for our time. Don’t ignore the obvious Vast Dangers.

Two things to bear in mind…

1. Churchill spent years “in the wilderness” before his nation caught up with him, and

2. one advantage to a parliamentary system is they can pretty rapidly correct mistakes in who they put in as PM.

Bibi is relatively young. He’ll be back.

Rags..#1: Indeed. Assumed rather than stated. #2: Yep, but with Obam-Bam in office for nearly 2-years and a Leftist PM in place of Bibi AND Iran on steroids(Not to mention ISIS on Miracle Grow), I’m not comforted.

It is tough to maintain a “war footing” when the hard work has been successful and the populace feels “comfortable”. This is the dangerous time when it is too easy to give away essential security when smug that nothing catastrophic can happen. Add to that the Progressive mind set that optics are everything and it is a formula for vulnerability and disaster. Witness the USA now playing the disarmament game played in the 1930’s… where the only nations that moved to dismantle their security were lulled into passivity and complacency. On top of this is an administration that wouldn’t care if Israel is taken down several notches. Israel is on its own for at least the next two years.

Could be the Israeli’s are suicidal. If so, I’m going to find it hard to sympathize further. One more tick of the clock to Sampson…

Israelis are not suicidal but you have to keep the following things in mind 1. Arabs make up 20% of the electorate. The new united anti-Zionist party is expected to get over 10% of the vote. 2. The housing market, for a lack of a better word, sucks. There are many factors for this but it is undoubtedly a problem that most people will not be able to afford new housing in their lifetime 3. Fatigue. Bibi has been the PM for 9 years total, people just want something new.

That being said, I am of course giving my voice to the right who has Israel safety and economic interests in mind (lowest unemployment in Europe).