How can a news agency offer “fair” reporting when it gets government handouts? 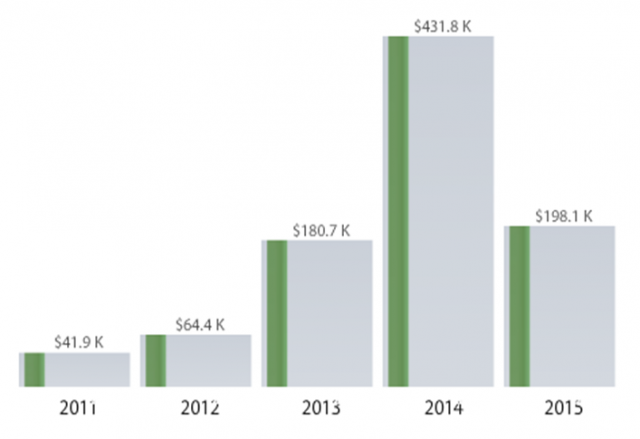 I have a late entry for the annual “Egregious 8″ tournament, which pits wasteful government programs against each other.

It turns out that blogging can be fun and profitable…for those websites on the government dole!

Since Politico, a politics-focused website and newspaper, launched its subscription-based news service Politico Pro in 2011, government agencies have increasingly turned to the service to keep abreast of the latest developments in their spheres of policy. Government records show fiscal year 2011 contracts with the owner of Politico, Capitol News Company, totaling $41,900. By fiscal year 2014, there were no fewer than twenty-eight contracts with sixteen different departments and agencies, including the Executive Office of the President, totaling $431,800.

A chart from the USASpending.gov website illustrates the trend (including the first five and a half months of fiscal year 2015)

Who knew such riches awaited!

The agencies that are clamoring for the website that supposedly offers “tough, fair and fun coverage of politics and government” are among the most covered entities in Legal Insurrection. 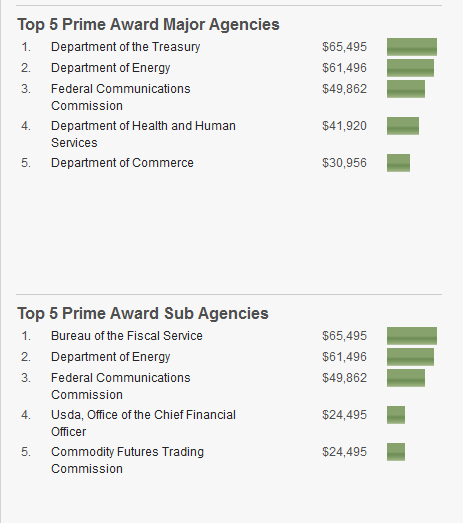 As a political news junkie, I have to ask exactly why my tax dollars are going to support these subscription services when the President, his administrators, and our bureaucrats can obtain much better and more accurate news analysis form many other websites for free?

As a public service, allow me to suggest a few free sites…and perhaps Legal Insurrection readers can add their own. These are in no particular order:

And, quite frankly, I find I often get the best and hottest news stories from the British press, so I will include The Guardian and the Daily Mail as an extra bonus.

Besides the obvious political payoff that this “subscription service” is, I guess I should be upset that our well-paid government employees are using their work time to surf the Internet instead of actually doing their job. In fact, I spent the better part of an hour today explaining to two of our government’s best and brightest about the nature of the compliance schedule their agency is thrusting upon my clients.

Truly, it is a dilemma.

The amount spent per month for a Politico subscription for all five of Obama’s office staff: $999.96.

Legal Insurrection…don’t leave home without your phone to read it.

(And please consider a donation or an Amazon purchase — we don’t get government handouts like Politico!)

That is why Rush calls them the “State run media.”

Of course, the MSM won’t report that Rush is right again.

I can understand a government agency buying subscriptions to government publication databases. Westlaw, Lexis-Nexis and Patents Quarterly come to mind. At one time, it made sense for one of my employers to have a subscription to the Wall Street Journal for the purpose of getting the daily exchange rates. This information is now available for free.

Subscription to a source of gossip seems inappropriate to me, especially when the same gossip is available for free from many other sources.

A lot of this may be people bying these subscriptions on their own and putting it on their expense accounts.

Is that the only thing, or are there also many subscriptions to the Washington Post, the New York Times, the Wall Street Journal, and anything that might have a paywall?

“A lot of this may be people bying these subscriptions on their own and putting it on their expense accounts.”

You make up more shit in a day than most people with diarrhea.

When President Obama says he “learned about it in the news” he means specifically from Politico.

Well, Politico and Vox have always had that Pravda-Trud feel to them.

This is definitely NOT a conflict of interest for Politico pundits. Just ask them.