Father questions if #BlackLivesMatter after son killed by DREAMer

Father questions if #BlackLivesMatter after son killed by DREAMer 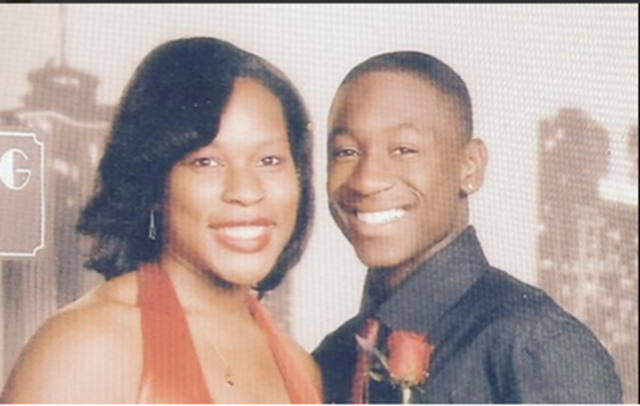 I cannot begin to fathom the pain of a mother or father burying a child, especially when their son or daughter is senselessly murdered.

There are circumstances surrounding the death of Jamiel Shaw that even compound that horror, especially in light of the very reasonable concerns Americans have about the type of immigrants being encouraged to cross our borders unimpeded.

Shaw’s father recently testified before Congress about the circumstances of his son’s death, at the hands of a DREAM Act beneficiary.

“My son, Jamiel Andre Shaw II, was murdered by a DREAMer, a DACA recipient, a child brought to this country by no fault of his own,” Mr. Shaw told Representative Ron DeSantis (R., Fla.) while testifying before a House Oversight and Government Reform subcommittee panel. Shaw was murdered in 2008, before the Obama created the DACA program in the run up to the 2012 election cycle, but — as a young person brought into the country as a child, Shaw’s eventual murderer would likely have qualified for DACA status.

“The illegal alien dreamer that murdered my son only served four months of an eight month sentence for assault with a deadly weapon and battery on a police officer,” Shaw said. “He was released from the county jail the day before he executed my son. Why was this violent illegal alien allowed to walk the streets of America instead of being deported?”

“Do black lives really matter or does it matter only if you are shot by a white person or a white policeman?” he added, before alluding to the ‘hands up, don’t shoot’ saying that became popular following the Michael Brown shooting in Ferguson, Mo. “My son was shot in the head by an illegal alien gang banger while he lay on his back with his hands up. he still shot him through his hand into his head and killed him.”

During a subsequent interview with FNC’s Bill O’Reilly, Shaw indicated that the DREAMer, Pedro Espinoza, “was looking for someone black to kill, and he was in my neighborhood, and he saw my son walking down the street, and he went over there and murdered him.”.

Shaw’s testimony was offered in support of a bill recently reintroduced, “H.R. 1041, “The Jamiel Shaw, II Memorial Act of 2015”. The main purpose of the bill is to force the government to gather statics related to the percentage of crimes committed by the “undocumented”.  If passed, our federal agencies would be forced to develop rules:

Dawn Wildman, a leading California citizen activist, is heavily promoting HR 1041 among conservative organizations across the nation. She explains:

Jamiel was a star athlete and scholar in Los Angeles who was gunned down outside of his home by an illegal alien gang member. Americans are regularly victims of crimes at the hands of illegal immigrants; however, the leaders who are suppose to protect us seem uninterested in learning how prevalent these instances are. This bill is the least we can do to try and prevent another family living the pain that the Shaws are dealing with daily.

Indeed…as Jamiel Shaw’s mother, Anita, was on a second tour of duty in Iraq when she learned her son was slaughtered.

Please contact your Congressional representative and ask for passage of The Jamiel Shaw, II Memorial Act of 2015.

HR 1041 sounds like a cracking good idea to me.

I am an outsider, a foreigner and I have cousins who live near Detroit. Their origin is Mexican-American plus Australian. Their father was a WW2 Marine who served in the Pacific region.

The parents of this young man make a very good point about what happened to their son, especially in light of the fact that the murderer was looking for a black man to kill. My heart goes out to them.

The legislation sounds like a very good idea. They really do need to keep those statistics and deport the criminals once they have served their time in prison.

I noted the fact that the perpetrator also assaulted a police officer.

The man has a point. We should listen.

There’s an aspect of white privilege which is overlooked. A black man is ennobled if killed by a white man. Trayvon Martin and Michael Brown are examples. Now, Heaven Sutton (aka “who?”), a nine-year old girl, who’d assaulted or offended nobody, was shot by a black gangbanger while fleeing a gunfight. She is nobody. Not a martyr. If she’d had the social intelligence to get herself shot by a white guy, she’d be somebody in the black community. Heaven was only a bit older than my granddaughter. And she’s NOBODY to the black community. NOBODY. Disgusting isn’t a sufficient word. Also, Robert Wilson III (aka “who?”) was unavailable for comment.

Sorry, Mr. Shaw. Democats don’t care. Obama will veto HR 1041 if it comes to his desk. I guarantee it.

It sounds like a good start, but even suspecting someone might be an illegal alien (and heaven forbid, calling Border Patrol) is considered racist in many areas. Protests are common in Tucson when it happens.

Unfortunately, deportation doesn’t seem to be much of a deterrent. It’s not unusual for illegal aliens arrested for criminal activity to have been incarcerated and deported multiple times. The highest number of previous deportations I recall is 16, but it’s way too common to read they’ve been deported ten times or more. It doesn’t help that many “news” sources fail to mention those numbers.

I would hope that most of us have the direct lines to the offices of our Representatives and Senators on speed dial.

Maybe it’s just me, but I always cringe when I see the tag “immigration” rather than “lawlessness.”

There is a lot of Hispanic on Black violence and vice versa that goes unreported because it doesn’t suit the narrative of the elites. Here is one example, where the racial content is explicit, Latino gang is intimidating blacks into leaving the city that was once an African American enclave.

This bill will never see the light of day exactly for that reason, because both Republicans and Democrats have a vested interest in not letting the average American weigh the true costs of our failed immigration policies. I applaud Dawn Wildman for her work, just wish she had a better chance at success.

Geez, I thought that was common knowledge.

So very sorry for this man’s loss. Millions of Americans are worried sick about the detrimental effect on America from the border invaders.

…but not John Boehner or Mitch McConnell.

Sorry, Black folks, but you and your people don’t matter anymore. Black lives don’t matter. The Hispanics are the new Democrat power base. All y’all have just been sent to the back of the bus.

But I hear the Democrats are getting y’all your own drinking fountains.

Laws named after crime victims and dead people are usually a bad idea. They play more to emotion than reason. But they’re disturbingly predictable, especially when they come after the death of a child. ….

Why are these laws so popular with voters? Part of the explanation is an understandable sympathy with the victims. But a logical and knowledgeable electorate would still ask serious questions about the potential costs and benefits of the proposed laws before supporting them…

The public sees the high-profile case, and has a knee-jerk desire to “do something about it.”

(via The Volokh Conspiracy on “Caylee’s Law”, but applicable (IMO) in many instances since.)

Where is Obama? Where is his news conference about this tragedy?
Where is Holder?
The hypocrisy is disgraceful.