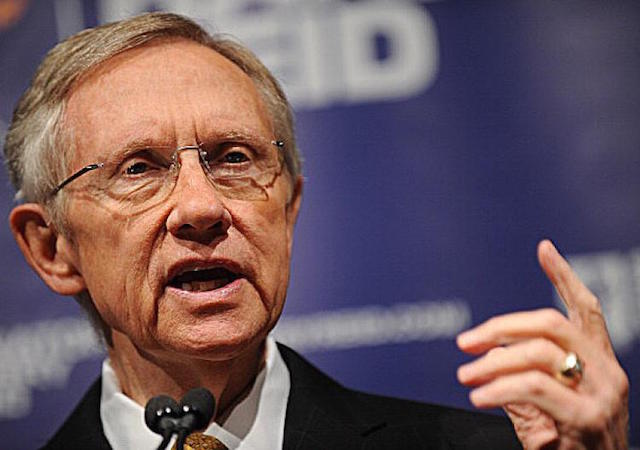 The Justice for Victims of Trafficking Act is a good thing.

If passed, it would allow law enforcement agencies to expand and improve human trafficking deterrence programs. It would make it possible to protect victims while more efficiently prosecuting those who deal in the modern day slavery industry. It would increase monetary penalties for perpetrators. It would expand the definition of “child abuse” to include the production of child pornography, child trafficking, and the solicitation of children for commercial sex acts. It would direct fees and penalties collected into funds and grants to be used specifically for the benefit of victims of human trafficking and associated sexual violence.

It’s comprehensive. It’s bipartisan. And Senate Democrats are blocking it because it doesn’t fund abortion.

The legislation passed the Senate Judiciary Committee in late February without opposition, but Democrats are now balking over language in it that would prohibit money in a restitution fund from being spent on abortions. Aides said Democrats shepherded the bill through committee and to the floor, unaware that abortion language was in the bill written by Senate Majority Whip John Cornyn (R-Texas).

“You can blame it on staff, blame it on whoever you want to blame,” Senate Minority Leader Harry Reid (D-Nev.) said Tuesday. “But we didn’t know it was in the bill, and … the bill will not come off this floor as long as that language is in the bill.”

The shame of a nation, ladies and gentlemen.

Democrats are claiming subterfuge, saying that communication between a Republican Judiciary staffer and a Democratic Judiciary staffer led them to believe that the “abortion provision”—really a nod to the application of the Hyde Amendment to new fees assessed on those convicted of human trafficking and other crimes—would not be included in changes to the bill.

Bill author and Majority Whip John Cornyn (R-TX), however, is calling them out:

“It was out in the public domain for a month before it was marked up in Judiciary Committee on Feb. 26, and all members of the Judiciary Committee voted to support it,” Cornyn said. “So that leads me to believe that some of the suggestions being made now that there were provisions in the legislation that people didn’t know about are simply untrue. That presupposes that none of their staff briefed the senators on what was in the legislation, that nobody read a 68-page bill and that senators would vote for a bill, much less co-sponsor it, without reading it and knowing what’s in it. None of that strikes me as plausible.”

The fact that Harry Reid actually had the stones to stand before the press and blame his staffers for his caucus’s inability to read is appalling, but it’s also beside the point. Make no mistake—Democrats knew this provision was in the bill, they saw it coming, and they planned on using it as an excuse to make like Republicans look like anti-woman obstructionists.

At the expense of rape victims and modern day slaves.

We can have an honest debate about the Hyde Amendment’s application to different sources of federal dollars, but Democrats don’t want that. This application of the Hyde Amendment maintains a status quo restriction on abortion funding that Democrats have voted in favor of for decades. The moment Reid’s caucus started throwing staffers under the bus and wringing their hands over the prospect of back-alley abortions, they made it clear that the lives of victims of human trafficking are worth less than a cheap political stunt.

Debate on the bill continues today. We’ll keep you updated.

Send the Democrats complementary sets of “Hooked on Phonics.”

Make it a public display on the steps of the capitol.

“But we didn’t know it was in the bill,…

Ooooh, nice zinger! Certainly an appropriate response for the stunt Reid is pulling.

Wow. This is a VERY nice, revealing little vignette.

Dirty, Filthy, Harry can’t read a 68 page bill that’s been circulating for weeks…months, and neither can his corrupt staff.

Why? Too busy with machinations to destroy America, ah reckon.

Hey, Deemocrats! Abortions soooooooo important to you? Put your OWN flucking money where your mouths are. So to speak…

The Justice for Victims of Trafficking Act is a good thing.

Human trafficking, sex with a minor, and related activities are already criminalized in the U.S., of course, as is soliciting commercial sex more generally. And anti-trafficking task forces and rescue organizations have already been proliferating across the country. Legislators didn’t explain why these efforts are insufficient.

Look at all the new Federally-spawned agencies and task forces and “funds” this new bill, which will super-criminalize that which is already criminal, lays the groundwork for.

But, but, but…it’s the optics! Remember, it is ever-so-important that the Republicans appear to care. Because demographics. Or something. Maybe what they really need is a hashtag.

Boy, if only the GOP had control of both houses of congress…

Of course they do. Pro-choice is a tenet of the Democrat religion or moral philosophy (and their Party platform). They support on principle trafficking of unwanted or devalued human assets behind clinic walls for “humane” liquidation through decapitation, dismemberment, lethal injection, etc. Unfortunately, there are not a few Republican apostates who will join their degenerate “secular” cult. Sacrificial rites are an extra-Constitutional “penumbra” and contrived human right constructed to deny our Posterity’s Constitutional right to life or at least due process.

Is it too cynical of me that I believe that both parties have no interest in actual stopping human trafficking? And that this is all political theater?

I was actually wondering how many of them are afraid that this bill may lead to a better chance of their extra curricular activities being found out.

Harry couldn’t Reid the bill because somebody cold-cocked him in the locker room at the gym. Is he still wearing those optometrist, dilation sunglasses around the Senate?

Methinks it must have been Obama.

Haha “cold-cocked” is such an Ohio thing to say.