Don’t be that person. 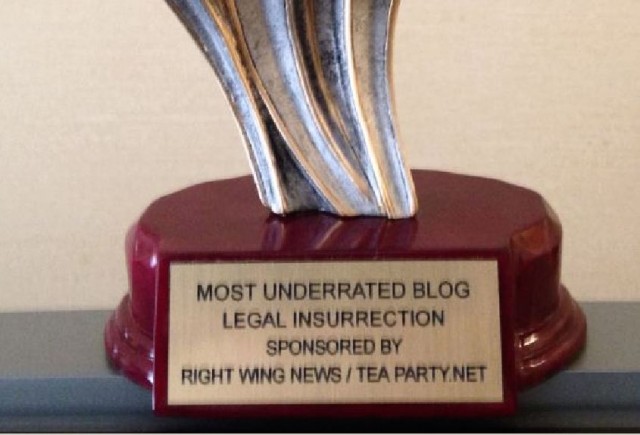 Andrew Sullivan quit blogging in late January 2015, as we reported at the time Breaking – Big Blogger Burns Out. Sullivan’s announcement focused mostly on a desire to change paths:

Why? Two reasons. The first is one I hope anyone can understand: although it has been the most rewarding experience in my writing career, I’ve now been blogging daily for fifteen years straight (well kinda straight). ….

The second is that I am saturated in digital life and I want to return to the actual world again…. I want to have an idea and let it slowly take shape, rather than be instantly blogged. I want to write long essays that can answer more deeply and subtly the many questions that the Dish years have presented to me. I want to write a book….

When I write again, it will be for you, I hope – just in a different form. I need to decompress and get healthy for a while; but I won’t disappear as a writer.

But this much I know: nothing will ever be like this again, which is why it has been so precious; and why it will always be a part of me, wherever I go; and why it is so hard to finish this sentence and publish this post.

Sullivan now is the focus of a report at CNN, Andrew Sullivan: Blogging nearly killed me:

“The truth is, I had to stop primarily because it was killing me,” Sullivan said Sunday night at the 92nd Street Y in Manhattan. “I used to joke that if blogging does kill someone, I would be the first to find out.”

He described the grueling pace that he maintained along with a small editorial staff.
“This is 40 posts a day — every 20 minutes, seven days a week,” Sullivan said…

On Sunday, while speaking to veteran journalist Jeff Greenfield, Sullivan said that the “crushing” workload was only part of what made his job so overwhelming. The experience, Sullivan said, was often dehumanizing.

“Here’s what I would say: I spent a decade of my life, spending around seven hours a day in intimate conversation with around 70,000 to 100,000 people every day, ” Sullivan said. “And inevitably, for those seven hours or more, I was not spending time with any actual human being, with a face and a body and a mind and a soul.”

Sullivan said the job resulted in lost friendships and minimal contact with his family. He said his husband, whom Sullivan married in 2007, called himself a “blog widow.”

This all rings too true.

[Featured Image: CPAC 2013 Award for Most Underrated Blog. Five years of blogging at the time, and all we got was that lousy “most underrated” award. 2014 was a little kinder.]

Nice trophy, they found two lines to put their name on it, but space for only your blog name. Underrated blogs get no respect. 🙂

Hopefully no one here blogs themselves to death, or even toward illness. I enjoy the pithy commentary, but the best opinion probably emanates from those that have time to enjoy their other life, rather than feeling chained to the blog.

Of course we are in a digital war, so don’t wonder off too far please. lol

“”Where no counsel is, the people fall, but in the multitude of counselors there is safety.”(Proverbs 11:14)

If you burn out, let others handle the load for a while, but always know that “counsel is something no one should ever be without in a free country.” – John Adams

That reminds me: “Buy more stuff from Amazon via the link in the right sidebar.”

As I said on your first post about “burned out” Sullivan:

He didn’t burn out, his Liberal Utopia burned down.

Hopey-Changey was a lie and he bought it.

For myself, I turned from working my blog some time ago and switched to micro-blogging on twitter.

It is ‘very’ rewarding and fulfilling and without concern that my readership there would vanish if/when I take time outs.

I stopped tweeting last year for nine months due to personal reasons. When I was able to start again I had lost only 500 or so followers. That has been replaced with 500 good new followers in 1/3 of the time.

I also weed out all new followers keeping the active Conservatives and undoing the follows of those who aren’t.

““The truth is, I had to stop primarily because it was killing me,” Sullivan said

He stopped because he had his head so far up Sarah Palin’s uterus over the Trig nonsense that he nearly suffocated.

He did manage to destroy all remaining credibility he had.

I wish he would just go play in traffic and get it over with. He’s a nutjob.

Most of us, the amateur leaguers anyway, have our jobs and out lives somewhat out of the grind of mandatory blogging. It’s a great life for us: to post, or not to post: that is the question.

I guess it’s like sex: When you start getting paid for it, it’s just not the same . . .

We’ll have to take your word for it 😉

Everybody burns out. Secretaries, doctors, roofers, salesmen and on and on. Sullivan is making a big deal out of it because he is soooooooo special. So just go away, Sullivan, and quit whining.

He must be exceptionally raw by now – especially after 15 years straight!

While I appreciate the effort that goes into a website like LI, don’t confuse that with Sullivan. He had an extra chore – keeping up with all the BS he had written so as not to write just the opposite a week or two later. Musta been tough…

It’s a Catch-22 of a sort. One can make blog entries when one feels like it and… not keep many regular readers. Or one can blog-surf current events, a global wheel that turns 24/7 and grinds one down. Sort of like being a dairy farmer – you have got to be there twice a day (to milk cows, city-slickers).

I was drawn in by a link during the 2012 primaries and discovered Prof. Jacobson’s excellent writing, perfectly tailored for the venue, clear, concise, and devoted to clarity.

Given Prof. Jacobson’s major contributions to the general conservative cause, and his foundational work on Liz Warren, BDS, and his connect with Judicial Watch, and despite how much I enjoy his writing, I have to allow that daily entries by WAJ are simply less feasible now. After so much success with LI/CI, at some point the man outgrows the venue, that is, WAJ appears headed to bigger, better things.

I guess if one treats blogging as an end-all and be-all with no real goal beyond surviving, burnout is inevitable. It ought to be a means to a bigger end (and I’m not referring to ‘writer’s butt’).

I had a science-related website from about ’96 to ’06 that had several static sections, that is, sections on critical thinking, logic, fallacies of thought, hypothesis versus theory, scientific method, that sort of thing, most of it written once, posted, and left there. But, the site also had a massive discussion board which required constant new material, monitoring/moderating, and general noodling. Several science departments from high schools, community colleges, etc., used the site in their curriculi, and I got to be email pals with folks like Robert Todd Carroll, Dr. Stephen Barrett, James Randi, Jim Oberg, et al. When he retired to the NC mountains, I went fishing with Martin Gardner several times (these are the leaders in the field my site addressed, though I’m guessing few here and now recognize them).

Still, despite many head-embiggening successes, I made it less than ten years before I just had to let it go. I turned over the website’s God account to a long time site fan and supporter and walked away.

The man’s got tenure; he ain’t goin’ nowhere….

Oh, I think he can multitask.

The problem is that most bloggers are confused by the term “moderation.”

Who is Andrew Sullivan?