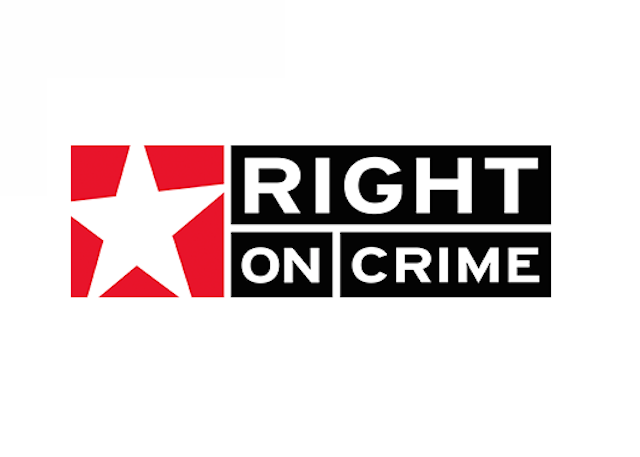 Former Texas Governor Rick Perry has signed on to a groundbreaking criminal justice reform movement aimed at increasing transparency, lowering recidivism rates, and making sure that criminal laws on the books actually promote a safer society—and not bigger government.

The Texas Public Policy Foundation’s “Right on Crime” initiative has been making moves to combine small government, conservative principles with efforts to fix an overcrowded, underfunded, and mismanaged corrections system. Over the years they have secured the endorsements of high profile conservatives committed to bringing problems with the criminal justice system out of obscurity and into the spotlight.

“Both Republicans and Democrats are talking about criminal justice, but very few elected officials have made the kind of impact on criminal justice issues that Rick Perry has,” said Brooke Rollins, President at CEO of the Texas Public Policy Foundation. “As Governor, he was responsible for the sweeping reforms that, in addition to lowering crime rates and saving taxpayers money, made ‘the Texas model’ on criminal justice—as well as the Right on Crime campaign—possible. That model is the great example we’ve been able to tout across the country. We look forward to his continued leadership on this issue.”

That “Texas Model” has served as a blueprint for corrections overhauls in places like Mississippi, South Dakota, and Georgia, and as proof to lawmakers on both sides of the aisle that being tough on crime doesn’t necessarily mean dumping money into a rapidly expanding prison system.

Here’s what Perry had to say about the program:

During my leadership as governor, Texas shut down three prisons, and we saved taxpayers $2 billion. When I left office, Texas had the lowest crime rate in our state since 1968. My administration started treatment programs and drug courts for people who wouldn’t be served well by sitting behind bars. We made sure our parole and probation programs were strong. Most of all, we evaluated prisons based on whether they got results. Did an ex-offender get locked up again? Did he get a job? Is he paying restitution to his victims? In Texas, we believe in results.

These are questions that all conservatives should be asking when they look at how the corrections system works in their community. More bodies in cells doesn’t necessarily translate to less crime on the streets, because many of those bodies were put in those cells for the wrong reasons. The experts at Right on Crime explain:

Conservatives correctly insist that government services be evaluated on whether they produce the best possible results at the lowest possible cost, but too often this lens of accountability has not focused as much on public safety policies as other areas of government. As such, corrections spending has expanded to become the second fastest growing area of state budgets—trailing only Medicaid.

Conservatives are known for being tough on crime, but we must also be tough on criminal justice spending. That means demanding more cost-effective approaches that enhance public safety. A clear example is our reliance on prisons, which serve a critical role by incapacitating dangerous offenders and career criminals but are not the solution for every type of offender. And in some instances, they have the unintended consequence of hardening nonviolent, low-risk offenders—making them a greater risk to the public than when they entered.

Seems like common sense right? And this type of thinking is spreading throughout all points on the political spectrum. Right on Crime recently joined the ACLU, the Center for American Progress, and other conservative groups to form the Coalition for Public Safety and fight for prison population reduction and sentencing reform.

On the federal level, Texas Senator John Cornyn has spearheaded a bipartisan effort to implement recidivism reduction programs with the Corrections Oversight, Recidivism Reduction, and Eliminating Costs for Taxpayers in Our National System (CORRECTIONS) Act*. It’s based off of the Texas model (and reforms successfully implemented in Rhode Island) and aims to save millions of taxpayer dollars by allowing qualifying offenders to work off time behind bars by participating in a reoffender reduction program.

What we’re looking at is a new system that operates based on the nature of the offender, and not on a rigid, mandatory sentencing and release structure. Ballooning prison populations prove that those rigid systems don’t work—so why not give the Texas Model a try?

This is an excellent, Conservative impulse.

Laws in general should be revisited and reviewed periodically for a cost/benefit/effectiveness analysis. Certainly the criminal code.

I wrote an essay a couple of decades ago that suggested that ALLLLLLLLL laws be sun-setted every few years, and that re-passage could NOT be done in an “omnibus” bill. Each would have to be considered, debated, and passed again if it was to be granted a new lease on life.

That idea had the added benefit of tying up the legislatures just a bit, while MAKING them responsible for their work instead of passing it on to agencies and courts.

More bodies in cells doesn’t necessarily translate to less crime on the streets.

I think the facts indicate otherwise.

Depends who’s in the cells.

Obviously picking the first fifty names in the phone book wouldn’t be helpful.

Free up jail space for violent offenders and lock them up for a longer period of time.

You should find a flick named American Me and see how California prisons worked a couple of decades ago. Nothing they tried worked nor could it work since the guards and officials don’t run the prisons. I wonder how Texas deals with the actual hierarchy as opposed to the imagined hierarchy.

Since the largest demographic in the California prison system today is illegal aliens, it is pretty obvious that a much simpler solution is to DEPORT THEM!!! GET THEM OUT OF HERE!!!

And keep in mind that police are often little more than the armed wing of the big government we all claim to hate.

“…little more than the armed wing of the big government we all claim to hate.”

No, the big government responsible for “our” scorn is the federal government*. The police are local.

How about prosecutorial oversight and having some punishments that bite when they do wrong?

One thing is that prosecutors by overcharging make it more likely someone will do time. How many prisoners are there for crimes without bodily harm or large value items being stolen?

Prosecutors use their record of putting criminals away to improve their standing in other political races. Those stats are paid for by the taxpayer. How efficient were they? Were they the best use of court time and money? I am quite sure some prisoners in jail/prison should not be there. Their crimes do not merit incarceration.

I will take Perry’s pronouncements on the criminal justice seriously right after he admits that he allowed Cameron Todd Willingham to be executed despite the evidence against him being junk science. Then he scuttled a commission of honest scientists that were trying to compile a body of real science.

Perry was quoted at the time as saying: “Global warming did not start that fire. Wait! I don’t know what I am talking about on any issue, but I will pray on it”.

While we are on the topic, Scalia has said that there has never been an execution of any innocent man in modern America. I guess that is true if you already have your mind made up.

Conservatives made the problem. Conservatives should clean up the mess. They can start with drug prohibition.

Can you, you poor, stupid, troll?

I’m in favor of the decriminalization of marijuana, but I do think a line of warnings about “posting while impaired” might be in order.