Posted by Amy Miller on March 11, 2015 11 Comments
Former Texas Governor Rick Perry has signed on to a groundbreaking criminal justice reform movement aimed at increasing transparency, lowering recidivism rates, and making sure that criminal laws on the books actually promote a safer society---and not bigger government. The Texas Public Policy Foundation's "Right on Crime" initiative has been making moves to combine small government, conservative principles with efforts to fix an overcrowded, underfunded, and mismanaged corrections system. Over the years they have secured the endorsements of high profile conservatives committed to bringing problems with the criminal justice system out of obscurity and into the spotlight. From TPPF:

Governor Perry joins 80 prominent conservative leaders who have endorsed the principles of conservative criminal justice reform, including former U.S. House Speaker Newt Gingrich, current Arkansas Governor Asa Hutchinson, former Florida Governor Jeb Bush, former U.S. Attorney General Edwin Meese, and many others. “Both Republicans and Democrats are talking about criminal justice, but very few elected officials have made the kind of impact on criminal justice issues that Rick Perry has,” said Brooke Rollins, President at CEO of the Texas Public Policy Foundation. “As Governor, he was responsible for the sweeping reforms that, in addition to lowering crime rates and saving taxpayers money, made ‘the Texas model’ on criminal justice—as well as the Right on Crime campaign—possible. That model is the great example we’ve been able to tout across the country. We look forward to his continued leadership on this issue.”

That "Texas Model" has served as a blueprint for corrections overhauls in places like Mississippi, South Dakota, and Georgia, and as proof to lawmakers on both sides of the aisle that being tough on crime doesn't necessarily mean dumping money into a rapidly expanding prison system.
Read More

Posted by Amy Miller on November 06, 2014 11 Comments
The Sarbanes-Oxley Act of 2002 was passed in an effort to reform the finance and governance structures in corporate America. Although the language of the Act is notoriously broad, it has mostly been applied to those in the corporate world who make missteps during investigations into their financial practices. Then, of course, there are times when white collar crime statutes are used to prosecute fishermen who throw back undersized fish. In 2007, a search of the Miss Katie fishing vessel revealed that the crew had caught and retained 72 undersized red grouper. The vessel's owner, John Yates, was cited, and told to take the 72 grouper to port for seizure. Instead, Yates put the fish back in the water and replaced them with bigger fish. A port inspection revealed only 69 undersized fish, leading to officials' discovery of what Yates had done. Prosecutors indicted and convicted Yates under a provision of Sarbanes-Oxley that provides a maximum punishment of up to 20 years for the destruction of “any record, document or tangible object” in order to obstruct an investigation. The case wound its way through the system before landing on the dias at the Supreme Court---and it looks like the entire panel is skeptical not of the prosecutor's classification of fish as "evidence," but of the prosecutor's decision to prosecute under Sarbanes-Oxley.
Read More 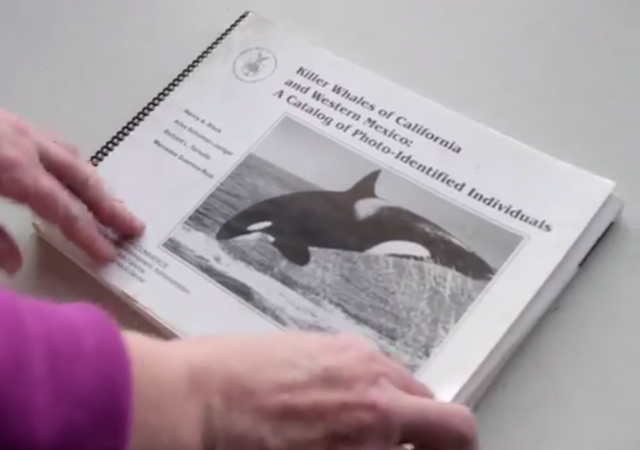 Posted by Amy Miller on October 29, 2014 10 Comments
Proponents of extensive government regulation over research and consumer industries tout their policies as protection against potentially dangerous or harmful behavior; we've previously covered silly regulations preventing consumers from engaging in a free economy, and described how these regulations do little to actually protect anyone from anything. The real problem with these regulations, however, has less to do with the rules themselves, and more to do with the consequences that befall those who break the rules. Groups like Cause of Action help those who fall under the hammer of big government regulation fight back against overcriminalization and in some cases, recoup their losses. They're currently defending marine biologist Nancy Black after an alleged violation of the Marine Mammal Protection Act (MMPA.) Via Cause of Action (emphasis mine):

She was criminally charged with violating a Marine Mammal Protection Act (MMPA) regulation prohibiting feeding marine mammals in the wild. Every other alleged violation of this regulation has resulted in relatively modest fines or, in a recent case with far more egregious facts, forfeiture of an old boat. Here, however, the government’s original charges could have resulted in up to 27 years in prison, a $700,000 fine and forfeiture of her research vessel. Ms. Black’s defense team was able to resolve the case through a no-jail plea agreement in which Ms. Black pled guilty to a single misdemeanor charge of “feeding” for which she received 3 years of probation, a $12,500 fine and 300 hours of community service.