Hey, you voted for him, not us 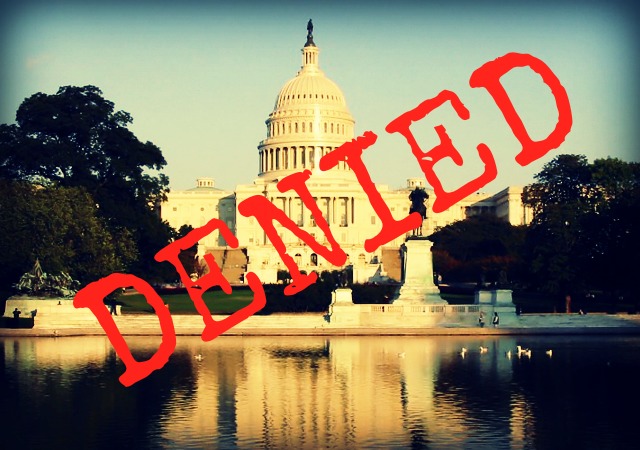 We knew this day was coming, although we’d hoped that somewhere in his heart, President Obama might find the decency to pass legislation that would create thousands of jobs, reinvigorate communities and small towns, likely decrease the instances of exploding trains, and pump much needed cash into our fledgling economy. Alas…

Some have speculated that because the pipeline would’ve run through red states, President Obama would never be willing to reward those states with economic bounty. But we’ve been assured that the bipartisan, union-backed bill was vetoed because the President takes his job very seriously.

“The presidential power to veto legislation is one I take seriously,” Obama said in his veto message. “But I also take seriously my responsibility to the American people. And because this act of Congress conflicts with established executive branch procedures and cuts short thorough consideration of issues that could bear on our national interest — including our security, safety, and environment — it has earned my veto.”

Senate Majority Leader Mitch McConnell remains undeterred, saying in a statement, “Even though the President has yielded to powerful special interests, this veto doesn’t end the debate. Americans should know that the new Congress won’t stop pursuing good ideas, including this one.”

His sentiments echo those of an op-ed placed by both the Majority Leader and Speaker Boehner earlier this afternoon. In a preemptive warning they indicated:

the administration claims the bill will “cut short” the process for approving the project. We disagree. If anything, the process has been needlessly drawn out: more than 2,300 days have passed since the Keystone application was first filed.

This level of delay is extreme, even for Washington. In fact, approving these types of pipelines was once routine. In 2009, this administration approved the Alberta Clipper pipeline project — one very similar to Keystone — to bring oil sands petroleum from Canada to the United States. There was little controversy and fanfare. Certainly, no years-long national debate.

Unfortunately, this White House refuses to listen and look for common ground. It’s the same kind of top-down, tone-deaf leadership we’ve come to expect and we were elected to stop.

The allure of appeasing environmental extremists may be too powerful for the president to ignore.

Is the fight over? Hardly. McConnell and Boehner warn, “the president is sadly mistaken if he thinks vetoing this bill will end this fight. Far from it. We are just getting started.”

As to the possibility of overriding Obama’s veto, barring an unexpected flux of Democratic support, the number’s just aren’t there. But that won’t keep Congress from trying. As Gregory Korte pointed out in USA Today, “the bill passed the House 270-152 and the Senate 62-36, margins well short of the two-thirds majorities needed to override. McConnell said a veto override vote will be scheduled by March 3.”

Decency?
In his heart?

No, baby.
What that man has in his heart is love and only love.
For himself, that is.

For the rest of us, for the American people, all he has is a phone and a pen. And his middle finger.

We know what Barracula’s religion is.

He’s the High Priest of the druid religion of the Collective.

And, remember, when any Deemocrat/Collectivist tells you they give a fig about people, you can spit in their eye (metaphorically).

Interesting. I always thought he was the Borg Queen.

Only when MoooOOOoochelle and the girls are out of town, and he can squeeze into the black latex body suit and the FMPs.

No doubt the One feels that “Net Neutrality” will cover him and prevent anyone from knowing about the consequences of his veto in th efuture.

From what I can tell, it’s more like NET BRUTALITY. Just saying.

obama can, at least, assert a defense of his branch of our government when he wants to do so. Republican leadership in congress does not have that capability.

Took the words right out of my mouth.

And Warren Buffet whose trains will continue to carry the Canadian oil for some $30 more per barrel than the pipeline would have charged and at a much greater risk of environmental disaster.

Long quote regarding Buffet’s role: “Buffett’s railroad interests have been doing quite well since the government’s suspension of Keystone Pipeline extension. His key railroad interest, Burlington Northern, is the preferred alternative petroleum shipping method to the Keystone Pipeline. This is interesting because Buffett bought his stake in Burlington Northern just before the government halted the Keystone project, and he allegedly influenced the government’s decision to suspend. And how much reward has Buffett reaped from the Burlington Northern/State Department deal? While staring at awe at this chart, keep in mind that demand for gasoline has been tanking while rail car loadings of petroleum have been going parabolic:” Seth Mason, March 2013 Originally published in Economics.

The last sentence, “While staring in. . .” should have been omitted. The chart was not visible in this article.

He did not have any problem with doing that when he wanted to.