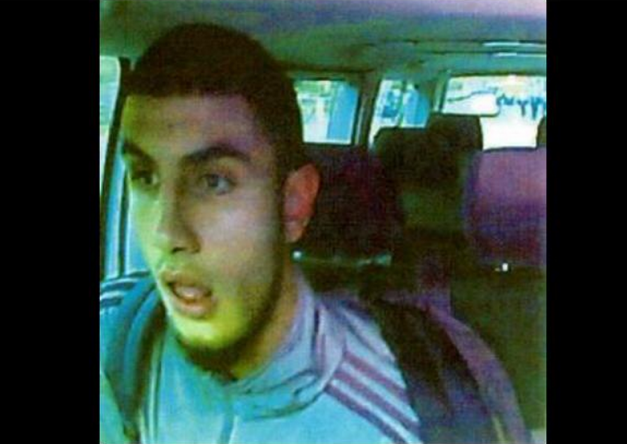 The Copenhagen shooter has been identified as 22 year old Omar Abdel Hamid El-Hussein.

Last night, he was shot and killed by Danish police.

Here’s an NBC News report via the Gateway Pundit:

Danish police said they killed a man early Sunday who they think was responsible for killing two people and injuring five in shootings at a freedom of speech event and a synagogue in Copenhagen.

The attacks came one month after a deadly terror spree in Paris which left 20 people dead — including three gunmen.

Police said the suspect opened fire on officers as they were monitoring an address in Norrebro while investigating the two shootings. Authorities did not identify the suspect, who was killed when police returned fire.

The firefight capped an extensive manhunt underway following the first reports of gunshots near an event hosting controversial Swedish cartoonist Lars Vilks. One person was killed and three police officers were wounded in the attack near the “Arts, Blasphemy and Freedom of Expression” event at 4 p.m. Saturday (10 a.m. E.T.) at Krudttonden cafe in the Osterbro district.

A wary, sucker-punched Denmark kept a high alert Sunday after a gunman attacked a free speech forum featuring a controversial cartoonist, then fired shots near a synagogue before police tracked him down and killed him when he opened fire again.

Two civilians died in the attacks Saturday and early Sunday. Five police officers were wounded, according to Danish authorities.

While the immediate threat seemed to have passed, and investigators stressed there was no evidence yet that the slain suspect had worked with anyone else, police maintained a heavy presence on Copenhagen’s normally placid streets. It will stay that way for a while, Danish authorities said, to help residents and visitors feel secure.

As of Sunday night, police still hadn’t released the name of the gunman, who they said was wearing clothes similar to the synagogue shooter and had two guns when officers shot him to death early Sunday.

Police did say in a statement that the suspected shooter was a 22-year-old man born in Denmark. He was “well known by the police for several criminal incidents,” according to police.

You might have noticed that the cartoonist is described as controversial. About that…

Ever notice that cartoonists are described as "controversial" but the people who shoot them aren't?

Have we identified the YouTube video that sparked this?

Musta been obola’s selfie. Muhammadans are supposed to take themselves seriously, especially while doing the good work of Allah.

Good that they got him and that there will be no trial.

He was hit with what is called a “taxpayer relief shot”.

“Well known by the police…”

It seems that being a criminal celebrity in Europe is a good thing – for criminals.

Lots of media conspicuously failing to give his name or religion.

More folks getting randomly shot. What are the odds?

Pretty good, apparently, and goes up for the rest of us as others are shot.

Look at that beard! It’s the Amish, I tell you.