In September, Obama touted Yemen as a success story! 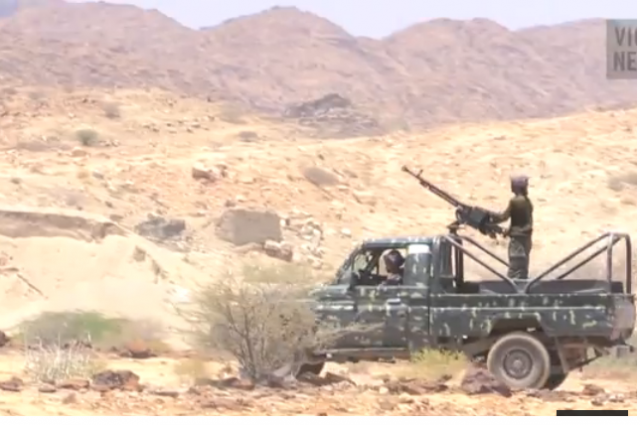 Sometimes, more can be learned from what a world leader fails to say.

One of the topics President Obama failed to cover in his State of the Union address is the situation in Yemen, a country that has descended so far into chaos that two U.S. Navy warships now stand ready to evacuate Americans from the Embassy.

Just prior to the President’s speech, California Senator Dianne Feinstein urged that the embassy be closed immediately and the personnel evacuated.

The U.S. government should immediately close and evacuate the U.S. Embassy in Sana’a, Yemen, according to Senator Dianne Feinstein, the Democratic vice-chairman of the Senate Select Committee on Intelligence.

I asked her today whether the embassy, which remains open despite raging violence throughout the Yemeni capital, should be closed. She responded: “Based on what I know so far, yes.”

Contrast this to what the President said of Yemen just last September:

President Obama recently told Thomas L. Friedman of The Times that failing to help Libya form a new state after the fall of Qaddafi was his biggest foreign policy regret. Yet the fate of that country has been largely absent from discussions about the new war, which is certain to last longer and unleash a wider array of consequences.

Instead, Mr. Obama, in making the case for carrying out airstrikes against the Islamic State, drew a dubious parallel to counterterrorism efforts in Yemen, which he billed as successful.

While dangerous Al Qaeda offshoot organizations in tribal areas of southern Yemen have been weakened by drone strikes, calling Yemen a success story is absurd.

Not only absurd, but potentially dangerous to Americans in that country. Just because Obama scrubbed any mention of Benghazi doesn’t mean we have forgotten the lives lost there.

Heavily featured in this analysis is another group that somehow escaped mention in the year’s State of the Union Address: Al-Qaeda. It appears as if these terrorists are no longer on the run; their Yemen branch claimed credit for the Charlie Hebdo slaughter.

Richard Spencer, Middle East Editor for The Telegraph, has a substantive analysis of region — pointing out the clear winner (Iran, as supporter of the Yemen rebel group) and the obvious losers in recent events.

An Iranian politician close to that country’s Supreme Leader, Ayatollah Ali Khamenei, could not contain himself. Ali Reza Zakani, an MP, boasted that Sana’a [Yemen’s capital] was now the fourth Arab capital in Iranian hands – after Beirut (through Hizbollah), Damascus (through President Assad) and Baghdad (through Iraq’s democratically elected Shia-led government).

…[O]on the surface, a stunning blow for the West. The US and UK – and regional allies like Saudi Arabia – strongly backed a political settlement in Yemen following an “Arab Spring” uprising against the country’s long-time leader, President Ali Abdullah Saleh, in late 2011.

That put a pro-western replacement, Abd Rabbuh Mansur Hadi, in office, presiding over a parliament that was supposed to represent all shades of Yemeni political thinking apart from al-Qaeda, which is strong in some southern and eastern parts of the country.

Truly, more was learned last night about the state of the Union by figuring out what Obama failed to mention. Let’s just hope our people come back home safely.

The people in the embassy exist to make obama look good. If they have to die in that mission then obama has no problem with sacrificing their lives. Other people are abstractions to obama. Their lives are not real and therefore have no value other than what they can contribute to him.

It’s ALWAYS, ALL about him, after all…

It was a success until Iran called and wanted to take over Yemen. Before it was just Sunni vs Sunni and a quiet civil war across Yemen that killed 10’s of thousands of people and caused a mass flight of more than 200,000 people into Southern Saudi Arabia. And that was fine because it gave cover to Obama to drone-kill senior staffers of the forces that could be a threat to Iran. Now Obama’s declared victory and stepped aside to allow Iran in.

If Obama weren’t a coward, he’d be sending troops to Yemen to protect the embassy. It’s very well built and could withstand a hell of a siege.

Gee, I wonder how morale is these days among our foreign service personnel. Benghazi still in the rearview mirror, terrorists everywhere, WH doing essentially nothing because they’ve already declared victory. Supposed to stop fighting after victory, you see. Kinda hard to ‘splain fighting on after you’ve won, right? So, yeah, you folks out there in the field, yeah, you’re on your own.

I speak as an outsider, and Leslie has made an interesting point about Senator Dianne Feinstein. This woman really cares for her fellow Americans whereas dumbo could not care less.

I know that Feinstein is a Leftist with her own agenda but every so often the woman shows that after all to her America comes first. No I would not like to see her as President but she would be a superior candidate compared to Biliary.

May a koala bear rip your tongue out. (j/k)

On this issue Feinstein appears empathetic, but she was chairman of the Senate Intel Committee since 2009 (till a couple weeks ago, heh). Every so more often Feinstein also shows she *doesn’t* care about her country, only her uber-liberal ideology. She has also set up multiple sweetheart deals for her husband’s businesses. She had no problem with the NSA spying on Americans without a warrant. Obamacare, of course. Any new tax, of course. In her 80s now, too old for WH.

Aussie: Thanks for your insight and I agree with you 100% about Feinstein.

“Of all tyrannies, a tyranny sincerely exercised for the good of its victims may be the most oppressive. It would be better to live under robber barons than under omnipotent moral busybodies. The robber baron’s cruelty may sometimes sleep, his cupidity may at some point be satiated; but those who torment us for our own good will torment us without end for they do so with the approval of their own conscience.” – CS Lewis.

It’s a helluva note when a Constitution-respecting, AR15-owning conservative has to give kudos to Diane Feinstein. But this time, she’s earned them.