“Those who underestimated their earnings could owe thousands of dollars.” 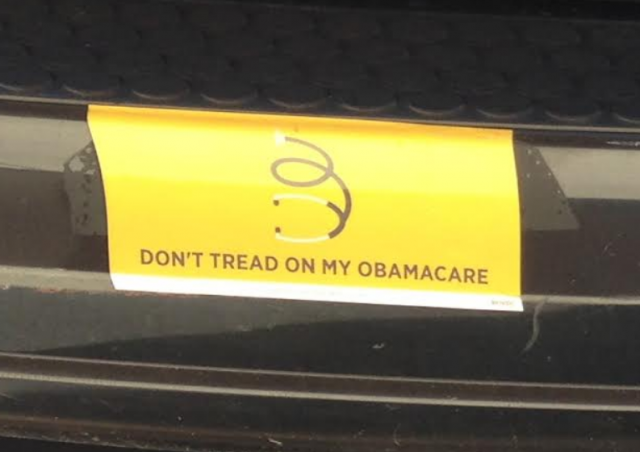 Tax season is right around the corner and this year brings another consequence of the Affordable Care Act. Many Americans are going to discover that instead of getting a tax refund, they will owe money to the IRS.

Obamacare enrollees who received subsidies to help pay for coverage will soon have to reconcile how much they actually earned in 2014 with how much they estimated when they applied many, many months ago.

This will likely lead to some very unhappy Americans. Those who underestimated their income either will receive smaller tax refunds or will owe the IRS money.

That’s because subsidies are actually tax credits and are based on annual income, but folks got their 2014 subsidy before knowing exactly what they’d make in 2014. So you’ll have to reconcile the two with the IRS during the upcoming tax filing season.

It won’t be surprising if many enrollees guessed wrong. The sign up period began in October 2013 and many people did not know what they’d earn in 2014. Some went off what they earned in 2012…

Those who underestimated their earnings could owe thousands of dollars, though there is a $2,500 cap for those who remain eligible for subsidies. The threshold for eligibility is based on income – $45,900 for an individual and $94,200 for a family in 2014.

Isn’t it great how Democrats have tied our healthcare system to our tax system?

Sarah Hurtubise of the Daily Caller has more:

Up to half of the 6.8 million Americans who received premium subsidies in 2014 could end up owing the federal government money because of it this tax season, The Wall Street Journal reports.

According to an analysis by top tax firm H&R Block, as many as half of the customers who got premium subsidies may end up owing the federal government money after being overpaid throughout the year.

The problem is that customers have to estimate their income for the upcoming year when applying for Obamacare subsidies — and any mistakes or changes could mean that the IRS actually overpays them.

“The ACA is going to result in more confusion for existing clients and many taxpayers may well be very disappointed by getting less money and possibly even owing money,” Charles McCabe, president of Peoples Income Tax and the Income Tax School, told WSJ. “The whole implementation of Obamacare will be frustrating for tax preparers.”

Whatever happened to the promise of $2,500 in annual savings for families?

Get ready to see a lot of anger from the low-info crowd.

The Working Poor Screws by Obama Once More.

The working poor I know all look forward to their tax refund because they can rarely save money. Tax refunds are downpayments on cars, new clothes for the kids, a family dinner at Red Lobster.

They will be devastated by this knife in the back by that sneak SOB in the white house.

John Roberts said it’s not a tax, it’s a penalty. Well, turns out it’s both….

Oops! The Democrats said it was not a tax in order to get Obamacare passed while Roberts said that it would be legal only if considered as a tax.

New Shimmer™ is a dessert topping, a floor wax, a penalty, AND a tax!

There are huge problems with the IRS forms dealing with Obamacare. In one instance, you can conjure up a $15,000,000 refund. Of course, nobody has noticed that and plans to see if they can do the Billy Joe and Bobby Sue thing.

This is one far-reaching, destructive piece of legislation. And forget about anyone connected to the federal government seriously working to repeal it. It’s a power grab by the government. That’s a one-way street.

Not to worry. The Dems will explain to the low info folks that it is the Republicans’ fault that O-care is the way it is because: obstructionism. Then they will demand the Republican Congress “mend it, don’t end it.” Yippee.

Unfortunately, many people underestimate their income, basing it on their take home pay, while the nasty old IRS use gross pay.

It is so cute they use the Gadsden flag symbol, which originally inspired the 13 colonies to join together (within strictly defined limits) to fight “Big Government”, which at that time was a king imposing taxes without representation.

Now they use it to demand big government force me to pay double for my the plan I liked, so as to cover the poor destroy private care and impose more totalitarian rule.

The Obamacare tax was crammed through against the will of the people, as is open borders amnesty that forces states to care for millions Obama lets in by refusing to enforce our laws.

So their Gadsden flag means don’t tread on my right to force you to pay for my health care, and means the rights reserved for states are confiscated by DC tyrants.

Get ready to see a lot of anger from the low-info crowd.

Doubtful. They will blame the insurance companies, which I’ve already witnessed, with anger directed at me.

A friend expressed frustration with the horrible administration of O-care implementation. I noted that it’s only going to get worse next year and linked to the CBS and Forbes articles which say what this post explains.

Her anger and frustration then turned to ME, with an ad hominem “shoot the messenger” attack. She basically accused me of being “secretly glad” that she’s having problems because I “hate Pres. Obama.”

Which of course is nonsense!! I don’t feel schadenfreude because people can’t get the care/provider they need/want, are denied care, or can’t receive timely payments for their healthcare; that is a tragedy, and a “side-effect” of all socialized programs, and said as much to her. I also mentioned to her that Congress passed it, and Dems AND Repubs are funding it!! If anything, I feel horrible for her and all people who were so completely duped, and continue to reject reality, misdirecting their anger by blaming others while protecting or defending those who OWN the blame – Obama and the Pelosi-Reid Dem-led Congress that passed this monstrosity!

No. Sadly, as this woman showed me, they won’t blame Obama or the Democrats at all. They will point at the “rich, fat cat” insurance companies, the “do-nothing” and/or “obstructionist” Congress, or just Republicans (including Conservatives), period.

It’s not just low-information voters; it’s all those duped, deluded, and educated dummies, who worship at the altar of Obama.

I’m glad you don’t, because I do. These people have become knee-jerk liberals, emphasis on the ‘jerk.’ You can talk to them all day long to provide any number of facts and all they will do is screech like Dracula in front of a cross and wail “Bush! Bush!” If it takes being clubbed over the head like a baby seal by their special snowflake and dragged through reality’s razorblade and broken glass laden alleys by the IRS, good. I’ll be more than happy to greet them on the other side, help pick out the glass and provide bandages, and provide covering fire while they get their lives back together, but as long as they remain brain-dead lever-yankers for the Dems, they should not expect much sympathy.

Let them eat their cake.
–GlaDOS

I’ve mentioned it before, but there are several layers to this time bomb….

1st – We already know that the coverage they got, wasn’t all it was cracked up to be and the high deductibles and increased out of pockets discouraged lots of folks from using it.

2nd – So, this bill is a “balance due payment” on a product that the customer didn’t get much use from and didn’t like. (when car dealers do this with auto leases, at least, you can complain to the BBB.)

3rd – Those balance payments will be due ON TOP OF a new higher premium payment.

Obama will fix it like he does every thing else, he will issue an executive order or memorandum forgiving the over payments, and the republicans will be stymied about what to do about it.

I work in tax and everyone in my office was talking about this issue. The work around is underpaying your taxes every year – since it’s a tax and not a penalty, they can’t force you to pay it – you pay it voluntarily or they take it out of your refund if you have one.