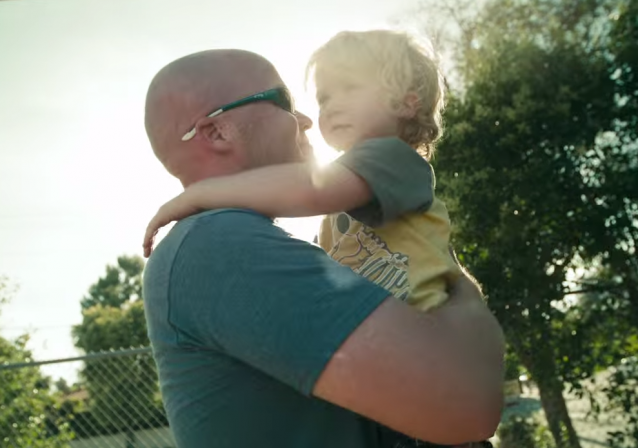 I love, love, love when companies and brands go pro-Dad. Last year, Cheerios released a “How to Dad” series of ads that were adorable and quite perfect in their ability to silence the ridiculous “dumb Dad” meme.

This year, one company has upped the ante on featuring fatherhood in its marketing. You might need to grab the Kleenex to watch Dove’s newly released Super Bowl ad.

Let’s not pretend that feelings are more ruggedly masculine than beards (because they’re not). That being said though, Dove’s ad is still heartwarming, lovely to watch, and I will always applaud efforts that showcase the awesomeness of men and emphasize their vital role in the family unit.

In 2013, just in time for Father’s Day, Dove partnered with Operation Homefront to reunite 300 servicemen with their families. The result? Hope you kept those Kleenex handy:

Kudos to Dove for giving Dads a little love.

I’m pro-mother and father. I want to recognize the value of a mother and father separately and mutually, and as a couple conceiving and responsible for their children’s lives.

When I die, my heaven is that word from my daughter in that tone on an endless loop. It never gets old.

On the other hand…

Why Pro-Lifers Should Thank Feminists For Falling Abortion Rates

I hope the corner is being turned – I’m fed up with commercials belittling men – particularly white men. Cox Communication commercial play like they’ve been approved by a black lesbian.

I rarely watch TV, but I’ll take your word for it.

I’ll give it points for sentiment, but nothing beats the Budweiser puppy. My $.02. 🙂