Combat comes to US troops in Iraq

Combat comes to US troops in Iraq

No boots on the ground, though. 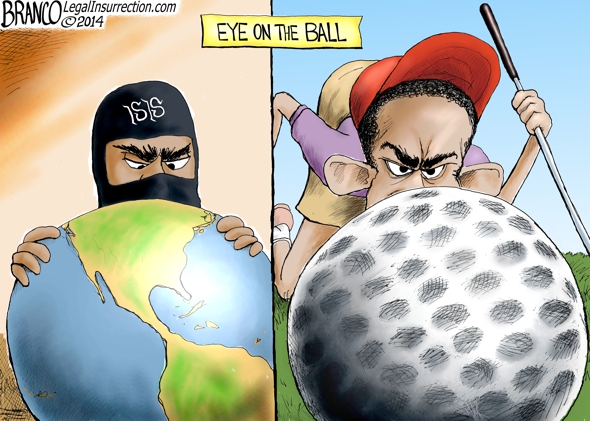 U.S. troops’ boots may not “be on the ground” in the sense of the popular wartime narrative, but Islamic State insurgents are getting awfully close to where those boots are stationed.

In Iraq’s western Anbar province, more than 300 U.S. troops are posted at a base in the thick of a pitched battle between Iraqi forces, backed by tribal fighters, and well-armed Islamic State militants.

The militants, positioned at a nearby town, have repeatedly hit the base with artillery and rocket fire in recent weeks. Since the middle of December, the U.S.-led military coalition has launched 13 airstrikes around the facility.

U.S. troops have suffered no casualties in the attacks. But the violence has underlined the risks to American personnel as they fan out across Iraq as part of the expanding U.S. mission against the Islamic State, even as President Obama has pledged that U.S. operations “will not involve American combat troops fighting on foreign soil.”

In a sign of the risks, military officials said American soldiers have been transported to the Ayn al-Asad base under the cover of night by helicopter — partly to maintain a low profile for the renewed U.S. operation in Iraq but also to protect U.S. personnel amid fierce fighting west of the capital, Baghdad.

No wonder troops feel like they’re getting mixed messages on what their mission in Iraq actually is.

The problem of maintaining peace in Iraq (if such a thing is even possible in our time without putting boots on the ground) is that it’s not just the Islamic State that poses a threat to U.S. strategy in the region. Back in October, Chairman of the Joint Chiefs of Staff General Martin Dempsey told ABC News that the fight against ISIS will remain a challenge until officials can convince the Sunni population that the government of Iraq will work for their interests. 20 million Sunnis live between Damascus in Syria and Baghdad; if the majority of Sunnis in this area decide to throw in with the government, it will make it much harder for ISIS to overtake the area and link up their patchwork system of controlled territory.

Additionally, a New York Times piece also published in October highlighted General Dempsey’s concerns that American training strategy would have to remain flexible depending on whether or not, and how, Iraqi forces become ready to retake key strategic targets like Mosul:

When a counteroffensive to recapture Mosul, the largest Iraqi city under insurgent control, could be mounted remains unclear. The American official coordinating the international coalition, John R. Allen, a retired Marine general, said recently that the Iraqi military would not be ready to try to retake the city for as much as a year.

Whenever that happens, General Dempsey said, “My instinct at this point is that that will require a different kind of advising and assisting, because of the complexity of that fight.”

In the same article, Susan Rice is quoted as saying (emphatically, mind you) that there was no sitting recommendation from the military to put boots on the ground in Iraq. Everything is fine!

U.S. commanders in the region have toyed with the idea of expanding “ground activities,” but have not said that those activities will go beyond retraining and advising. Currently, U.S. forces are confined to their bases—those same bases that ISIS insurgents are using as flash points to pin down both U.S. and Iraqi troops.

Our troops’ boots may not be “on the ground,” but they’re taking fire. Dempsey understands the mess that the Obama Administration has created, and I think he has done a good job of managing the expectations of both Congress and the American people regarding how long and hard of a battle this is likely to be.

Whether the Obama Administration’s narrative will accept that fact remains to be seen.

just an hour ago i heard a report from an Iraqi general that their army needed more weapons and training. We spent millions of dollars and many years on training their army. They abandoned they weapons they had and would not give any military aid that we sent them for the Kurds. They will not fight other muslims even when they know that they will be killed.They want Americans there with restrictive and suicidal rules of engagement to kill. Every mission that obama orders is a suicide mission.

Actually, Ebola has come to Mosul. Which ISIS took over. (I don’t think it’s the Americans playing dirty.) But, yes, Iraqis can do this.