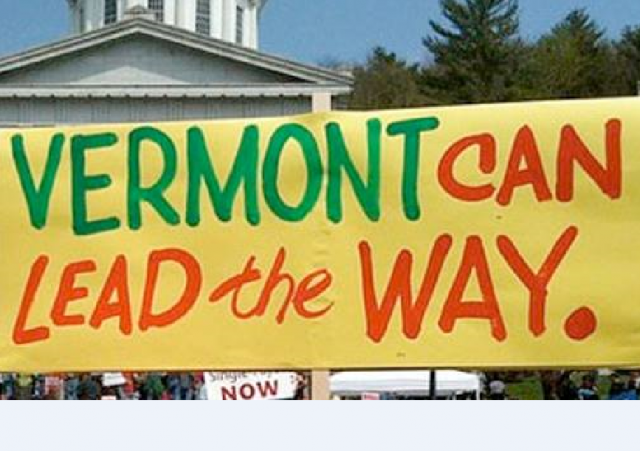 The ultra-liberal state of Vermont never liked Obamacare but not for the reasons most Americans object to the law. Vermont felt it didn’t go far enough and was determined to establish its own single payer system. As of this week, that plan is dead.

Why single payer died in Vermont

Vermont was supposed to be the beacon for a single-payer health care system in America. But now its plans are in ruins, and its onetime champion Gov. Peter Shumlin may have set back the cause.

Advocates of a “Medicare for all” approach were largely sidelined during the national Obamacare debate. The health law left a private insurance system in place and didn’t even include a weaker “public option” government plan to run alongside more traditional commercial ones.

So single-payer advocates looked instead to make a breakthrough in the states. Bills have been introduced from Hawaii to New York; former Medicare chief Don Berwick made it a key plank of his unsuccessful primary race for Massachusetts governor.

Vermont under Shumlin became the most visible trailblazer. Until Wednesday, when the governor admitted what critics had said all along: He couldn’t pay for it.

Advocates of a single payer healthcare system may not realize just how bad this news is for them. Vermont was their best shot. John Fund of National Review noted this:

Health-care experts from outside Vermont point out some of the implications. “It’s a very liberal state, and its leaders spent years trying to design a system that would work,” Grace-Marie Turner of the Galen Institute observes. “If Vermont can’t make it work, single-payer can’t work anywhere in the country where the economy has free and competitive markets. It’s more evidence that centralized government health care is simply not workable in America.”

All is not lost for the Green Mountain state. One of their senators might even run for president.

A Vermont Senator Asks, Why Not a Socialist President?

Senator Bernard Sanders, an independent from Vermont who calls himself a socialist, was riding in the back seat of a rented blue minivan this week when his aide abruptly announced they were being pulled over by the Iowa State Police for speeding.

“Hi ya, I’m Senator Bernie Sanders, how ya doing?” Mr. Sanders piped up, in his unmistakable Brooklyn accent, after the aide explained to the police officer that they were late for the senator’s appearance here. The officer issued no ticket, just a warning to slow down: “No need making a headline for something silly.”

Mr. Sanders, though, was in Iowa hoping to make headlines. At 73 and famously gruff, he may be on one of the most quixotic adventures in American politics: In a country that just put Republicans in charge of Congress, he is testing whether Democrats will embrace a socialist for the White House in 2016. He is certainly the only potential candidate to carry a brass key chain from a campaign of Eugene V. Debs, a five-time Socialist Party nominee for president.

Liberals won’t be deterred by failure in Vermont. Their position: it’s not that Socialism doesn’t work–it’s just that those Green Mountain Socialists just weren’t smart enough. Perhaps they didn’t exert enough regulatory control or didn’t confiscate enough wealth through taxation but whatever the cause, it certainly was not the ideology. Every new batch of Socialists assumes they’re smarter than the last batch…

American HAS a socialist President. And if Bush gets the nomination there will be another.

Wow, that would be perfect. Hillary, Lieawatha, Sanders, Christie and Bush all in one socialist primary. I wonder who would win?

No matter who won, the country would lose.