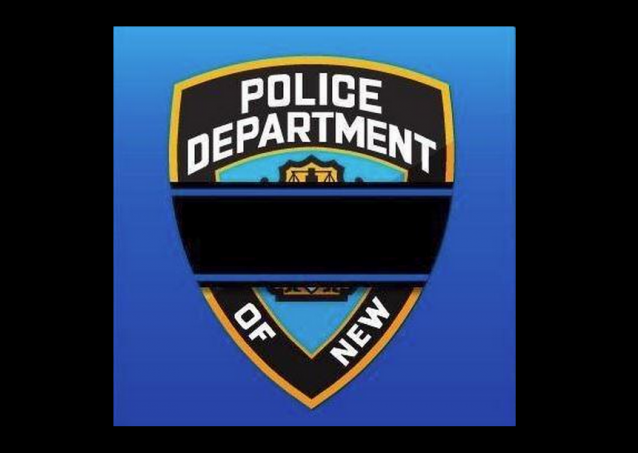 When I read the news of the murder of NYPD Officers Rafael Ramos and Wenjian Liu by shooter Ismaaiyl Brinsley as they sat in their police car, it had an air of sickening familiarity.

If you’re as old as I am, and especially if you’re from New York, you remember.

You remember that in the early 70s a war against police began, a war in which police were gunned down by cold-blooded killers with a racial/political agenda and a convict past. The assailants were members of various black militant groups, mostly offshoots of the Black Panthers, such as the Black Liberation Army (BLA), which specialized in racially-motivated cop killings.

It was almost inevitable that the furor against police officers that’s been whipped up over the Brown and Garner deaths would end in some person or persons deciding that killing a cop would be just the thing. Whether Brinsley was crazy or not—and he may have been—and a lone wolf or not, even crazy people can be sparked to violence by an atmosphere of orchestrated hatred.

There is also some evidence that Brinsley was not a lone wolf, however, but instead may have been a member of a group known as the Black Guerrilla Family. The Family shares similar antecedents with the BLA, including a prison genesis and a stated leftist/socialist/Marxist philosophy.

Probably the most famous police officer ambush case was that of partners and Vietnam vets Gregory Foster and Rocco Laurie, which occurred in January of 1972. Witnesses and an investigation indicated that they were shot in the back by BLA members as the officers walked down the street on their beat, and then shot again multiple times with their own service revolvers as they lay dying. The murders of Foster and Laurie caused a furor because they were part of a war on police, but also because both were well-liked, young, handsome, and because they were good friends and an interracial team (Foster was black and Laurie white). There was a 1974 book and a 1975 movie about the heinous crime, and although there were suspects (some of whom have died or been killed in the ensuing years), no one has ever been tried for their murders.

The atmosphere today resembles the feeling that was in the air back in the early 70s, and that is most definitely not a good thing. This mood could be felt building and building prior to the murder of Ramos and Liu, and the fear is that it will keep on building. Today, unlike in the 70s, even some of our leadership—and by that I mean Barack Obama (who consorts with the likes of Al Sharpton), Eric Holder, and Bill de Blasio, for example—fan the flames of the hatred in ways subtle and not-so-subtle.

The NY police have certainly noticed the similarity in atmosphere:

The first assassination of an NYPD officer since the 1988 ambush of Edward Byrne has rattled the rank-and-file — and prompted cops to adopt drastic “wartime” policing tactics not seen since the 1970s.

“At least two units are to respond to EVERY call, no matter the condition or severity, no matter what type of job is pending, or what the opinion of the patrol supervisor happens to be,” an e-mail widely circulated among cops advised Saturday night.

…The memo also pointed to potential slowdowns in arrest and ticketing activity: “IN ADDITION: Absolutely NO enforcement action in the form of arrests and or summonses is to be taken unless absolutely necessary and an individual MUST be placed under arrest,” the statement said.

“These are precautions that were taken in the 1970s when police officers were ambushed and executed on a regular basis,” the statement added. RIP Foster and Laurie, and all the other police officers killed in action by those determined to murder them:

The Foster and Laurie shootings were the first thing to come to mind when I heard the news on Saturday afternoon.

Those were dangerous times for the NYPD.

My condolences to the families, and to those currently on the job in the City, be careful and don’t take any unnecessary chances–your families need you return home safe and sound after your tour.

So our Marxist leaders have brought us “Forward” forty years back.

Ed Byrne, the officer mentioned in the quote as being the last officer assassinated, was an old friend. We went to school together. Eight months after his death my cousin, also an NYPD officer, was murdered. If I recall correctly there were 8 officers from the NYPD killed that year. It was a very dark time for NY. It seems like we are on the fast track back to those days.

It’s time for DeBlasio’s security detail to come down with the Blue Flu.

Let me see if I understand. They have gotten what they want, the end of the “Broken Windows Tactic”, how long before they start complaining about the rampant crime and violence?

….meaning the violence and rampant crime primarily in black neighborhoods?

I have some real BIG doubts about that “memo” you cited, neo-neocon. Not impugning you, but I have major reservations about its authenticity and origin, along with its contents.

I’ve had concerns too, all we’ve seen is people saying an email was circulated yet no actual proof or names.

unless absolutely necessary and an individual MUST be placed under arrest,” the statement said.

Examples might be helpful. Was, for instance, Garner an example of an individual who must be placed under arrest?

I don’t recall the 1972 atmosphere, but what is (surely) different today is the aggressive racial activism from the top down. A main plank of Obama’s platform of division, is apparently that cops act stupidly against black men.

The local force made a sound decision in not charging Zimmerman initially, and Ferguson would have passed quietly but for the black “reverends” again stirring up racial animus. Then MSM delivered false narratives nationally, seemingly coordinated with “journo-lists” and Obama/Holder.

Obama obstructs on executive amnesty, Benghazi coverup, Obamascam, and IRS investigations. So he starts fires of racist hate, congruent with attacks on law and order, as diversion from his illegal actions.

Scandals like Bergdahl, Solyndra, WI John Doe probes, so many more … most of America has “moved on” or ignored those completely. Many believe all the chaos is just racist America hatin’ on the black president. And the national debt bomb keeps ticking.

The local force made a sound decision in not charging Zimmerman initially, and Ferguson would have passed quietly but for the black “reverends” again stirring up racial animus.

Not just black ‘reverends’. In Ferguson, the ‘community organizer’ Lisa Fithian, whose resume includes preparing the 1999 WTO riots in Seattle, arrived shortly after Michael Brown’s death to prepare the battlespace for the very organized marches against the police. We even saw printed lists of the addresses which the ‘peaceful protesters’ were encouraged to ‘visit’.

What the public has been deprived of ever since August has been news of the organizing efforts of all the marches and demonstrations and riot mobs countrywide, which just coincidentally chant the same anti-police slogans. These marches are all too much like 1972, and likely share their organizing tactics and funding and personnel with those ‘good old days’ of the hard Left.

yeah, I wonder who the guy was, that knocked out the FOX camera when they broke into the Ferguson Liquor Market. Brown had robbed that store, it was surely a focal point, yet it seemed there were stand down orders from above, as only FOX was at that scene.

The Guy Fawkes masked guy looked white, that broke their camera. The Lt Governor publicly asked whether the governor was coordinating with the WH. Gov Nixon allegedly spoke with Jarrett that night, but not the Lt Gov or the local mayors. So the question remains, with whom was Anonymous coordinating?

“Let them vent” and take their scalps, seemed to be the order of the night. I was sure with the Guard out, they were going to take the Giuliani “(first) broken window” approach.

Remember when Gaby Giffords was shot?

The media and Democratic politicians blamed Sarah Palin, Rush Limbaugh and others. claiming they were directly responsible for the shooting. (done by a left-winger, by the way)

The statements by the Pres, Holder, DiBlasio, Sharpton et al are much more threatening and inflammatory than anything said by conservatives back then.

But if you even hint at blaming them, you are at fault for incendiary comments. Of course.

The Foster-Laurie murders were the first ones I thought of when I heard about officers Liu and Ramos. But then I recalled that in a Pennsylvania prison abides a man I personally knew and whose case and trial I covered as a reporter in Philadelphia years ago. He stands convicted of the 1981 murder of Officer Daniel Faulkner in much the same manner as these latest killings. And, of course, there was the murder of New Jersey state trooper Werner Foerster by Joanne Chesimard in ’83. And having been a reporter in Philly between 1965 and 1984, and for a short time in NYC, I can tell you that the race hatred perped by the Black Panthers and their offshoots was much more intense than it has so far become in these days. I’m not suggesting that it couldn’t rise to that level again; it’s quite possible. BGut it’s not there yet. On the other hand, tghe president of the United States, his attorney general, the maywhore of New York and the likes of Al Sharpton weren’t out there lighting fires the way they are now. Also — examine the make-up of the “demonstrators” closely, and you’ll see left-wing ‘community organizers’ involved as well as the high profile Sharpton, and others of his ilk. They were there in the anti-war movement of the sixties, in the cop murders in the seventies and early eighties, and they were in Ferguson…doing their best to hijack protests for their own purposes.

So this is what a community organizer really does. No executive experience for Obama. But he is adept at instigating fights, breaking things, and looting at taxpayer expense.

“1984”, “The Naked Communist” and manufactured crisis, on full display. Can we withstand two more years?

CORRECTION: I wrote that no one has ever been tried for the murder of Foster and Laurie, but actually although no one was ever convicted of the crime, one person was tried and acquitted in 1974. These were the circumstances:

One of the suspects in the case was killed in a shootout with police in St. Louis, Mo., in 1972. Another suspect, Henry Brown, was found not guilty after an eight-week trial in 1974. Mr. Brown was, however, sentenced to 25 years in prison after the St. Louis shooting.

Obamas, Holder and Sharpton want a race war … I say lets go ahead and have it now instead of later …