Politifact debunks obviously ‘shopped photo (that no one believed was real)

Politifact debunks obviously ‘shopped photo (that no one believed was real)

Thank God for the factcheckers. 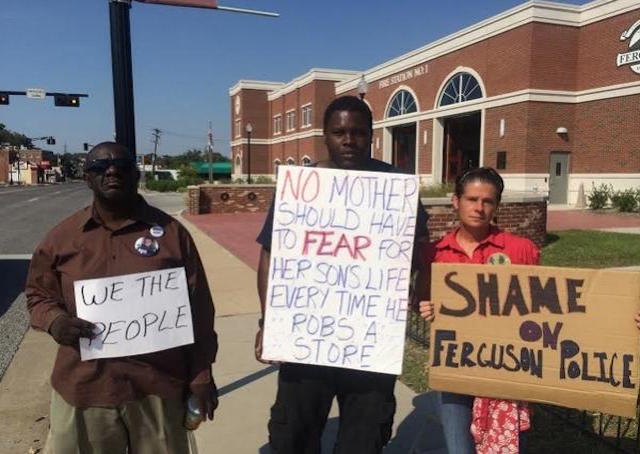 The photograph featured above surfaced shortly after a grand jury in Missouri refused to indict police officer Darren Wilson for the shooting death of Michael Brown. In a sea of memes, photoshops, and Twitter commentary, the picture went viral alongside its companion photograph (courtesy of Politifact): 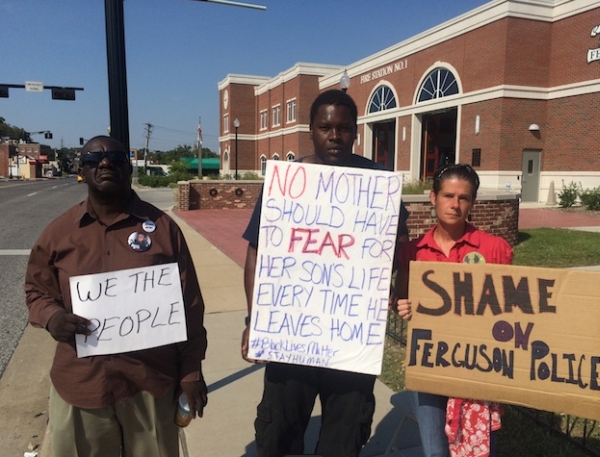 Two different photographs, one very clearly photoshopped to provide some social commentary on a quickly spiraling situation. Predictably, the photograph enraged some, delighted others, but no one with two brain cells to rub together believed that the “rob a store” version of the photograph was real.

Politifact, however, dove in headfirst to provide us with an analysis no one asked for (emphasis mine):

The version we received is cropped to focus on the African-American man holding the sign, with a partial view of a woman standing to his left. Other versions, such as one analyzed by Snopes.com, include a fuller view of the woman, holding a sign that says, “Shame on Ferguson Police,” as well as another man, an African-American, holding a sign that says, “We the People.”

In the original photograph — published on the Riverfront Times’ news blog on Oct. 1 — the sign read, “No mother should have to fear for her son’s life every time he leaves home” (emphasis added). It also includes the hashtags #blacklivesmatter and #stayhuman.

But words on the sign were doctored by a user of the social media site Imgur. Initially, the user posted this statement with the retouched photograph: “The black community has every reason to be angry with the police, and the brutality they inflict. But making a martyr out of the kid that robbed a store and attacked a police officer is just mind boggling. Micheal (sic) Brown is one of the worst things to happen to race relations in a long time.”

At some point after the doctored version of the image began circulating, the user acknowledged that he had changed the picture: “Edit: Yes, I shopped this. It captured mine, and many others, frustration with this whole situation.”

A photograph that went viral purports to show a protester in Ferguson, holding a sign that said, “No mother should have to fear for her son’s life every time he robs a store.” However, the photo was manipulated by a social media user, who later acknowledged the alteration. The change in wording turns the sign’s message completely on its head, so we rate the claim Pants On Fire.

The internet responded in kind.

Wasn't it obvious? MT @PolitiFact: Let people know it's fake. We gave it a Pants on Fire! http://t.co/pHHB8wdWAb pic.twitter.com/UPaSdquubA

@AdamBaldwin THERE WILL BE NO LAUGHTER! NONE! Unless specifically authorized, at which point it will be mandatory. @PolitiFact

How far we’ve come…now anyone can erase Trotsky.

Sadly, there are folks in Chicago, with less than 2 functioning brain cells, that would have no issue with bringing the Photoshopped version to a protest…

A lot of my FB friends thought it was real.

“Fake but accurate” — Dan Rather

Wait, which is the fake?

The real sign is correct, only if he was marching in the projects, where gangs are to be feared. Black on black crime kills 90% of blacks, and cops kill 1%. And of that 1%, aren’t most of those involved in a crime, requiring cops to show up?

The photoshopped picture has an important message, which is why it went viral. But the other picture is right as well, for those in the projects. Those blacks felt perfectly safe demonstrating in front of a police station, but not in front of “snitches get stitches” graffiti in the hood.

Watching these loons safely march at police stations, I (don’t really) wonder, why don’t they march in the hood against black thugs and the gangs, where 90% of blacks are killed?

Because 90% of black lives don’t matter to these misled nuts, only that 1%, usually involved in a crime, matter. As with Stockholm syndrome (capture bonding), the (submissive) captive takes the side of their abusive captor (e.g. “hands up” false testimonies). Even whites in safe neighborhoods are captured by the leftist narrative of white guilt.

The black power agitators apparently want their own form of sharia, where the gangs take over the neighborhood (or White House), and impose gang justice (executive treason). Obama’s Farrakhan church has always preached this racist message … “if Jesus is white, we would have to kill him”.

Black activists want seats on councils and boards, access to the powerbrokers, access to city hall, to the WH even, but all of it means access to money. To hear them talk, racism is worse now than during the days of slavery. That hasn’t changed since the 1960s. As well as they present the complaint of racism, they are terrible at providing evidence of racism. So, decisions must be made. Their decision was to join other leftist activists who push other leftist issues and simply lie about racist events. People get just as angry and that’s all that matters to agitators. Trayvon/Brown/Garner/Etc. and are imaginary mules black activists ride to the promised land of insider status.

A crsis is a terrible thing to waste. In the absence of suitable crises…. well, it is with the best of intentions, I’m sure, that they just make them up.

All this BS can be summed up by:

Allegedly the love of money is the root of all evil, but I’m a thinkin along with that goes power and thoughts of overthrow (for example, Satan, Loki).

One of my general theories is that “The Naked Communist” lists several cultural fronts the communists thought would help bring about the destruction of WASPy America. They are proceeding according to plan. There seems to be state power behind communist/socialist movements (Obama’s Wright church backed the communists/Sandinistas, as did De Blasio).

Going back a little further in the Bible, the temptation was “ye shall be as gods”. I’m not sure if Obama fell for that, but he is just a tool. The love of money as a root draws nourishment from the earthy, to the tree … which is Reagan’s evil empire?

I don’t know, but the greater movement is more than just the enticement of money, as I see it.

“Reagan’s evil empire” was Russia of course, though that kinda reads like the empire of Reagan. ha