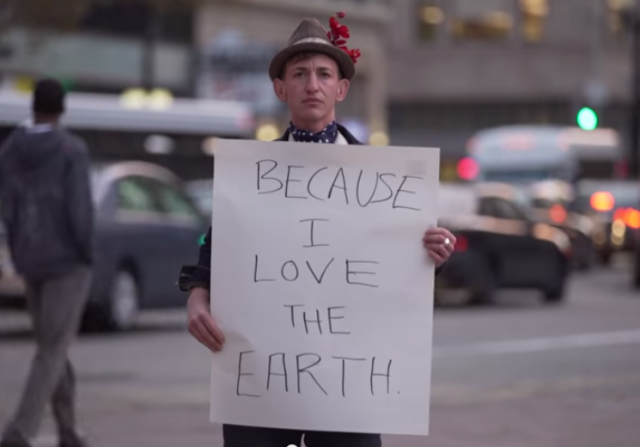 I have had a Times of Israel column bookmarked since last June.

It’s a column that spoke to the phenomenon of “progressive” Jews obsessed with proving how much they hate Israel, so much so that hating Israel becomes their every reason for being and their identity.

We see that type around campuses, sometimes faculty, sometimes students, sometimes community.  They are the Jews who cannot sleep at night knowing that Sabra hummus — made in Virginia but partially owned by Pepsi and an Israeli company — is served in the student dining hall or local supermarket.

There is more to it than hummus. It’s not about the hummus. Or even the conflict.

Now back to that Times of Israel column, Meet the Finklers:

In his acclaimed, Man Booker Prize-winning novel, The Finkler Question, British writer Howard Jacobson named a phenomenon which has become familiar to all of us engaged against the Boycott, Sanctions, and Divestment movement. It is the phenomenon of select Jews speaking out against Israel as “ASHamed Jews,” who seek to distance themselves from Israeli actions against Palestinians and to imagine through their heartfelt public displays that they are participating in the creation of a better, more peaceful, post-occupation world

These progressive Jews, in the United States mostly aligned with Jewish Voice for Peace, openly lend themselves to the passage of campus motions to boycott Israel and to efforts in the liberal Protestant churches to enact divestment from companies supplying Israel….

What is the gambit in pressing for boycott and divestment? What do such progressives truly seek? Jacobson wrote knowingly how, for some Jews, Israel is a figure of speech, a pretext for setting loose emotions that may originate somewhere else….

Among such progressives, however, only a brazen few say that all in Israel/Palestine is completely Israel’s fault or offer keynotes stating that they feel comfortable and unashamed only in the company of the Palestinian solidarity movement.

That’s why it’s so hard to reason with them.  It’s not about Israel. It’s about their own inadequacies and insecurities, and emotional void that we can’t fill for them.

Not even with locally-produced, Israeli-free hummus.

Israel is just a pretext for setting loose emotions that originate elsewhere.

I will actually pay MORE for Israeli hummus. And I’m really, really a Scot.

It doesn’t hurt my heart because I place a value on it.

I recall watching a vid of Nazi Germany, and one of the German Jewish elites was of the opinion that Hitler had no problem with her kind, but the other kind, well….

It turns out that Hitler had a problem with all kinds of Jews. These people who are coming out against Israel are ignorant of history; they are trying to escape the ovens. The BDS people are holding them in reserve.

Sorry Professor, but “progressive” Jews are suicidal. There’s no other explanation.

We’d use a Soda Stream machines except we don’t drink sodas, well, maybe once in a decade or so.

However, if Soda Stream produces a one cup coffee maker, of the single server coffee grounds pack variety, we’d buy it, if we could afford it.

I was unaware there was such a thing as Sabra Hummus, but I think I will add it to the grocery shopping list…

It’s good stuff, and like Grouchy said, the Roasted Red Pepper version is yummy – and is great on sandwiches.

It is good stuff, but as Prof Jacobson pointed out, despite the name it’s only connection with Israel is that half its shares are owned by Strauss, the Israeli ice-cream company.

Great article. Very true that these types are beyond rationality, perhaps the resulting from the conceit of constructing a fake religion of liberalism for themselves because it is apparently too much effort to actually be Jewish.

If Israel had never risen from the ashes there would be no such thing as a “Palestinian people”. They would never have invented such an identity for themselves.