“The Surgeon General is America’s doctor.” 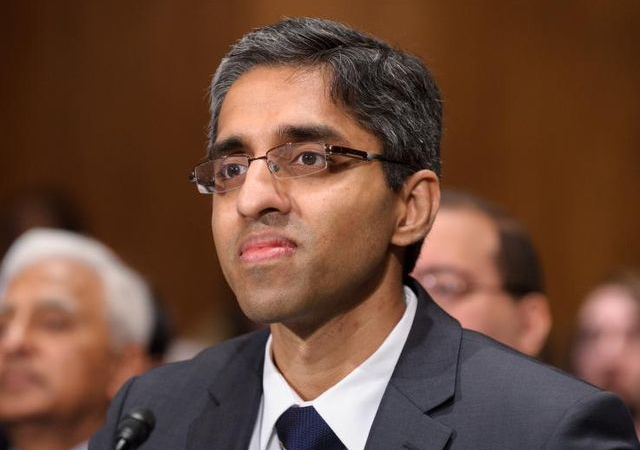 In the haze of the recent news about Cuba, you may not have heard that Dr. Vivek Murthy has been confirmed as the new Surgeon General of the United States.

The Surgeon General is America’s doctor, responsible for providing Americans with the best scientific information on how to improve our collective well-being. Now, Dr. Vivek Murthy will be the next physician to don the lab coat of the Surgeon General after the Senate confirmed his nomination today.

“I applaud the Senate for confirming Vivek Murthy to be our country’s next Surgeon General,” the President said following the confirmation. “As ‘America’s Doctor,’ Vivek will hit the ground running to make sure every American has the information they need to keep themselves and their families safe. He’ll bring his lifetime of experience promoting public health to bear on priorities ranging from stopping new diseases to helping our kids grow up healthy and strong.”

Dr. Murthy supported Obama’s candidacy for president and was also an integral member of “Doctors for America” which has ties to Obama’s campaign machine “Organizing for America.”

In a 2009 column, Michelle Malkin connected the dots:

Obama’s spin doctors belong to a group called “Doctors for America” (DFA), which reportedly supplied the white lab coats. The White House event was organized in conjunction with DFA and Organizing for America, Obama’s campaign outfit. OFA and DFA are behind a massive new Obamacare ad campaign, letter-writing campaign, and doctor recruitment campaign. The supposedly “grass-roots,” non-profit DFA is a spin-off of Doctors for Obama, a 2008 campaign arm that aggressively pushed the Democrats’ government health care takeover. DFA claims to have thousands of members with a “variety of backgrounds.” But there’s little diversity in their views on socialized medicine (98 percent want a taxpayer-funded public insurance option) – or in their political contributions.

DFA president and co-founder Dr. Vivek Murthy, an internal medicine physician at Brigham and Women’s Hospital and an Instructor at Harvard Medical School, served as a member of the Obama Health Policy Advisory Committee and the Obama New England Steering Committee during the 2008 presidential campaign.

Given Dr. Murthy’s ties to Obama’s agenda, it should come as no surprise that he’s an advocate for unrestricted access to abortion. Life News reports that Planned Parenthood is very pleased with Murthy’s appointment:

Critics say that the Obama pick is a political appointment only. Pro-lifers say that anyone the most radically pro-abortion president to date would select as America’s top doctor will most likely favor abortion.

In the words of the Stanek Report, “Planned Parenthood support of new surgeon general says all you need to know.”

Ironically, in the tweet, the abortion giant gleefully linked to a page on the US Surgeon General’s website paid for by the taxpayer which suggests that companies should support reproductive health, code for abortion on demand…

Murthy is also a proponent of gun control and progressives know it.

John Dankosky of WNPR News in Connecticut can hardly wait:

Does a New Surgeon General Mean a New Conversation About Guns?

As one of the last gasps of Democratic control, the Senate confirmed Vivek Murthy this week to be the nation’s next Surgeon General.

Murthy’s confirmation had been held up for more than a year by pro-gun lobbyists because of his support for new gun control measures. He co-founded the group Doctors for America, which has advocated for gun restrictions, but he has said his focus as Surgeon General will be on tackling America’s obesity problem.

John Stoehr, managing editor of The Washington Spectator, wrote an opinion piece in Newsweek urging President Obama to push Murthy’s confirmation as a way to honor those killed in the mass shooting in Newtown, Connecticut in 2012, and to raise gun violence as a public health issue.

This is the America we live in now: the surgeon general of the United States is an abortion advocate who views guns as a public health issue.

Well, don’t forget that everyone associated with ObamaDoggle is a big, fat, stinking, liar.

Or Collectivist, to abbreviate.

Progressives are so advanced, they can squeeze two year’s accomplishments into one normal person’s year. 😉

That’s not hard when the total of your experiences is devising different ways to get to the fridge for a beer.

If he’s going to combat obesity in America, he can start with all the fatheads in D.C., from the White House on down ~

last I heard there was no cure for stupid.

Well, that makes it a lifetime appointment doesn’t it?

He wants dead babies and living criminals and terrorists. Sounds about right, given this vile regime of nihilists.

Opposes an unalienable right to self-defense. Promotes premeditated murder of wholly innocent human lives. Lovely ghoul. The first to deprive people of liberty. The second to assure women remain taxable assets and sluts; and to reduce the problem set in Democrat-controlled districts.

Hitler had a doctor who shared his political views and lack of morals, too. His name was Josef Mengele.
This clown’s primary qualifications are his support for unfettered abortion, his support for disarming the serfs, his founding of “Doctors for Obama,” and his fundraising for Obama.
Corruption and cronyism go hand in hand.

She was good for a laugh, anyhow.

A big fan of Eric Clapner as I recall…

“Ya got me on my knees, Layla. Got me begging please, Layla.”

She was also a big advocate for “safer bullets”.

We’ve had those for a long time. They’re called misses.

If he attempts to violate my 2nd Amendment rights, I suggest congress remove him from office.

I’m definitely on the new guy’s side on abortion – the more unwanted squiggly fetuses terminated the better. Abort now, and save tax money for welfare expenses, lower crime and incarceration rates down the road, and keep the teenage birth rate in check.

And guns are definitely a health hazard – sometimes for thieves, robbers, killers who need their health terminated. But other times for innocent victims too, like those shot in home invasions, and drive.-by shootings, and accidental deaths where people fatally blast themselves. Everyone should have the right to own guns for self protection: everyone that is whose IQ is higher than their waist size, and can pass an eyesight test where they can identify the top letter on an eye chart.

You seem to have overdosed on you meds or else one of your new meds isn’t getting along with your old meds.

On the off chance you are seriously supporting babykilling, I suggest you hang out at Planned Parenthood or ACLU websites. You’ll find a choir there that sings on your key. Here, you just sound flat. Kah-beesh?

I wouldn’t let him be my doctor.