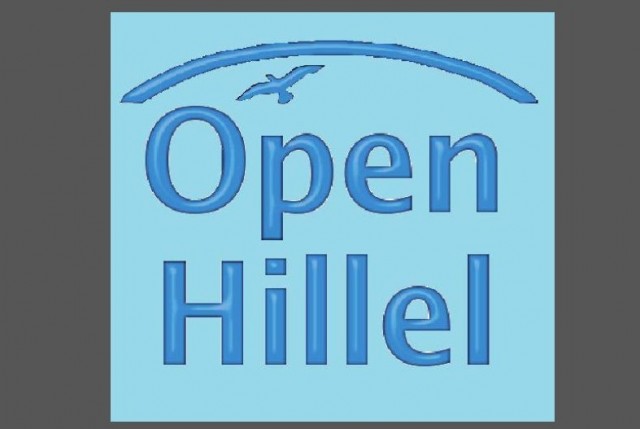 Hillel is the international organization dedicated to Jewish students on campus and with a pro-Israel policy.

Among Hillel’s policies is that its space on campus is not open to those who argue for the destruction of Israel or support the anti-Israel Boycott, Divest and Sanctions movement. Hillel does not argue that anti-Israel speakers be barred from campus, just that its specific space and the use of its name not be used to further that anti-Israel agenda.

As readers know from the hundreds of posts we have written about the campus BDS movement, there is no shortage of places on campus and sponsoring groups and departments at which anti-Israel messaging takes place.  Hillel often provides the one place on campus at which pro-Israel students can feel at home.

Because Hillel provides the home on campus for pro-Israel students, Hillel has come under attack seeking to destroy that role.

In the past year or so, some “progressive” Jews at Northeastern liberal arts colleges started an “Open Hillel” movement, refusing to abide by Hillel’s pro-Israel guidelines, and demanding that anti-Israel speakers and events be hosted at Hillel. The first group to go “Open Hillel” was at Swarthmore College.

The movement held a national conference recently in Boston, at which anti-Israel, pro-boycott (including academic boycott) speakers such as Judith Butler were featured.

Open Hillel was viewed by the pro-Israel community as just another attempt to divide and conquer, forcing the most visible pro-Israel group to do what no other private campus group is forced to to — sponsor speakers and groups hostile to its mission.

Much like the viciously anti-Israel “Jewish Voice for Peace,” Open Hillel was viewed by the pro-Israel community as a Trojan horse, using a Jewish identity to provide cover for the most vicious anti-Israel (and often anti-Semitic) voices.

Writing in The Times of Israel, Holly Bicerano recounts her experience, Standing athwart lies: Why I left Open Hillel:

Those who lie about themselves are not in a position to judge others.

I used to serve as Campus Outreach Co-Coordinator for Open Hillel – an organization committed to abolishing the Hillel International’s Standards of Partnership. These standards preclude Hillel branches from partnering with groups that support the Boycott, Divestment and Sanctions (BDS) movement against Israel. Besides that, Hillels typically welcome groups on both the left and right ends of the spectrum.

While Open Hillel’s stated aims are open dialogue and inclusiveness—worthy goals—the organization in actuality has something else in mind. The people who claim that Open Hillel’s main objective is to garner support for the BDS movement may not realize just how right they are.

Bicerano then goes on to detail her experiences to back up her conclusions, including how BDS is not even enough for Open Hillel, which has an active “anti-normalization” movement within it:

Anyone who is anti-normalization is just a war monger, hoping for future conflict and violence and destroying hopes of peaceful co-existence.

Open Hillel is a fraud and subterfuge. It should be treated as such.

Update: Aiden Pink writing at The Tower has similar observations regarding the Open Hillel national conference:

As I discovered at their conference, while Open Hillel phrases their intentions in the context of a free and unfettered debate (hence “open”), their events, speakers and partners actually seem to be far more interested in institutionalizing a set of radical opinions—and browbeating the mainstream into accepting it: That far from being a lonely liberal democracy facing daunting challenges from without and within, Israel is actually an illegitimate, oppressive, colonial state that might be better off not existing; and that Jewish students cannot truly understand it without teaming up with extreme pro-Palestinian groups….

or all their complaints about their feelings of exclusion and limited discourse, my clear sense at the conference was that they—rather than Hillel International—are the ones attempting to forcibly impose a monolithic discourse. And it is the promotion of this kind of discourse—disingenuous, postmodern, radical, and often hateful—that is one of the biggest threats facing the future of Jewish communal life.

This is not coming for students barely into their twenties. Our higher education system is wasting copious amounts of money on fraudulent academic “positions” that are being used for “community organizing” instead of teaching.

De-fund them, and this [email protected] evaporates.

Whom are you asking to defund these activities? The colleges and universities are fine with the status quo; they are not about to do any defunding.

There is a certain strand of thought among us jews that there is nothing more courageous than high treason against one’s own people and their interests. There is nothing courageous in siding with your people’s adversaries. Real courage means standing up for what’s yours, not being a joiner and piling on.