And the hikes aren’t confined to California, either. 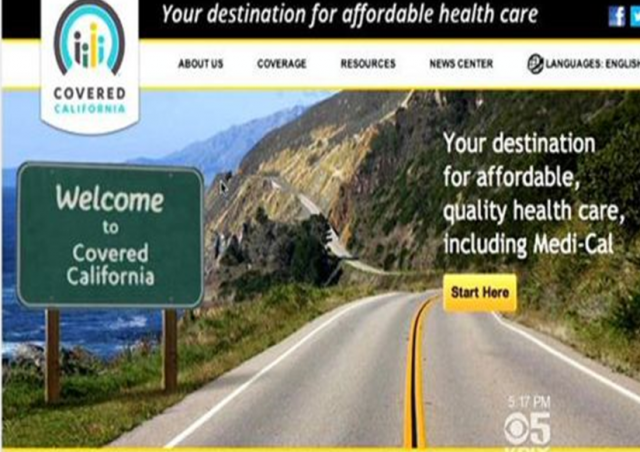 I thought it would be an excellent time as I recover from my bout with the flu to check in on the state of my state…and it looks like the diagnosis is poor—especially if you own a small business in California, as a leading health insurance provider is hiking rates:

Commissioner Dave Jones lashed out Thursday at the third-largest U.S. health insurer for raising premiums as much as 20% on some small businesses starting Jan. 1. The average increase of 10.7% will cost small employers and their workers $23.5 million in excessive premiums, according to the state.

…Aetna said its rate increase was justified based on the expected medical costs for employers. The Hartford, Conn., insurer rejected the state’s request for a lower increase. The state said a 2.6% increase was more appropriate for this group of 64,000 employees and dependents.

While the finger is being pointed at the “evil insurance company”, an analysis by Cal Watchdog’s James Poulos shows that Obamacare (i.e., Affordable Care Act) is most likely the root cause.

…From a bird’s-eye view, however, some analysts have pointed out that Aetna’s rate increases are a rational result of the market distortions created by the ACA’s regulatory framework. As Scott Gottlieb argued at Forbes, “Obamacare was designed with the goal of commoditizing health insurance. The belief was that competition between plans would turn largely on premiums and cost sharing. This was seen as a way to hold down prices.”

What happened instead, Gottlieb explained, was that pushing down on competition in the areas of networks and care delivery discouraged competition between “different benefit packages and plan designs.”

In other words, the big, established coverage providers discovered they could create many variations on very similar benefit packages.

In a free market for health care, different plans would differ in their benefit packages as well — giving small business owners, for instance, greater options around not just scope of coverage but cost of coverage.

Instead, the ACA has dramatically narrowed their available coverage, leaving business owners with little alternative to Aetna’s hiked rates.

Yes, when you eliminate choice and competition, price increases are inevitable. As small businesses are the key to a healthy economy, this will impact 2015’s employment numbers; and as Aleister pointed out in his recent post, a close look at the statistics provided creates a darker picture than those in charge would like to present.

While California’s unemployment rate dropped from 8.4 percent to 7.2 percent over the past year, PPIC researchers Monica Bandy and Sarah Bohn note the unemployment rate does not account for California adults who are underemployed, working part-time when they prefer full time employment, and those who have stopped looking for work — discouraged because they lack skills for the jobs available or cannot find jobs.

The researchers suggest that, when these areas are considered, California’s un- and under-employment number is actually 15.4 percent, or 8.2 percentage points above the official unemployment rate.

According to the blog post Bandy and Bohn wrote for the PPIC site: “While California’s economy is improving, the recovery has not been strong or fast enough to keep up with the growth in California’s working-age population. Additionally, the recovery has been uneven across sectors and metro areas, and the unemployment rate is still higher than it was before the recession began. According to the Bureau of Labor Statistics, California has the third-highest unemployment rate in the nation — only Mississippi and the District of Columbia have higher rates. In numerical terms, 1.35 million Californians are looking for work — and more than 35% of them have been looking for at least six months.”

California isn’t the only state reporting impending rate increases either. Here are some other state numbers to consider:

Vermont may be where single payer went to die, but it looks like more Americans are going to be feeling the pain.

2015 is shaping up to be another “Bronze Plan” year for the Golden State.  Maybe even more like “Tin-Plated.”

I am cynical enough to wonder whether or not the architects, as well as all the Dems voting for it, actually knew that costs would go up, and not down, with the implementation of ObamaCare/PPACA. Gruber, I suspect, knew. Others? Maybe not so much. Rather doubt it with Pelosi, and a number of the other dim wits they have in Congress. They were told that it would magically bring prices down, and so believed it.

One thing driving up costs is that a lot of people are paying for benefits that they would forgo if given the choice. Younger people, unlikely to need much health care, were just getting catastrophic coverage. No longer – now they have to get maternity, contraception, mental care, etc. More coverage means more health care usage. Even the bronze plans cover way more things than most people want. And, yes, the decision on what is covered is highly political – as evidenced by the required contraceptive coverage, which makes no sense for even women of childbearing ages. Except, maybe, for Georgetown law students like Sandra Flake.

So, to some extent there is competition on price, and on the flip side, limiting doctors, hospitals, and drug formularies (which are quite hard to compare, esp. when they change during the plan year). But, for a lot of people, the tax credits and cost sharing bring the prices down so far, that they can easily afford a Silver or Gold plan, even if they don’t really need such (found that cost sharing this year brought one BC/BS silver plan this year down to near zero deductible and out of pocket maximum – much better than the gold plan that we had been using).

And, that is something to keep in mind, that was alluded to by Gruber, that the PPACA was designed as a major cost shifting initiative, with the makers paying for the takers, encouraging over use by those who are not contributing to society’s wealth.

One would have to be a blithering moron, completely devoid of any knowledge of history or economics, to think that a slapping a fat layer of federal government bureaucracy on top of the health insurance / health care industry would result in lower costs. I mean you would have to be seriously retarded.

Of course they knew… it’s all about the power grab and wealth redistribution controlled by them, the government class and the elite sycophants who are attached to their teat.

One would have to be a blithering idiot to think that covering people who would normally go without (forcing extra people to enroll), covering people who can’t pay for it themselves (forcing others to foot the bill), while requiring expanded coverage (forcing enrollees to pay for more options than they normally would), but not building up the underlying infrastructure (same number of doctors and clinics for more patients, increasing scarcity), would “increase quality”, “improve accessibility”, and “lower costs”.

IOW, every word uttered in favor of this abomination (Obamanation?) was a lie…

… to the surprise of precisely no one with half a brain.

Texas, however, welcomes you. The ground doesn’t shake as much. There are fewer regulations and fewer leftists.

Is it just me, or is the background photo for Covered California website depicting us driving on the wrong side of the road — which would be the LEFT side. Fitting, isn’t it?

To be fair, there are occasional signs on the wrong side of highways in a lot of places. Somewhat confusing, but you adapt.

The plan was to fail from the start and then “fix” it and it would have been done on schedule had they retained control of both houses of the legislature.