Bush 41 in hospital over Christmas

Bush 41 in hospital over Christmas

Pray for our Skydiving President 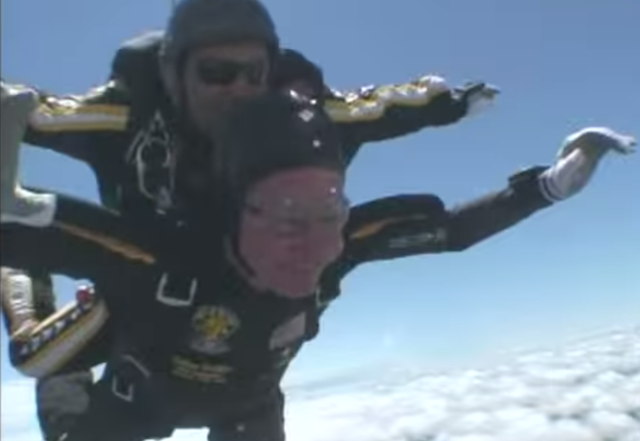 He said Bush was visited by his wife, Barbara Bush, as well as son Neil Bush.

Bush was hospitalized Tuesday night in what was reported as a precaution.

President Bush spent two months in the hospital over Christmas two years ago after a nasty bout with Bronchitis, but aides are emphasizing that this stay is just a precaution:

“The Bush family certainly appreciates all your prayers, love and concern. This is not two years ago. It’s a hiccup. He should come home in a few days,” Jean Becker, Bush’s chief of staff, said in a statement in reaction to the outpouring of concern for him.

A Parkinson’s diagnosis has made him dependent on a wheelchair or scooter to get around, but that hasn’t stopped him from living an active an interesting life since leaving the White House.

He went skydiving at 85…

…and we pray he leaves the hospital with enough time to spare to share in the last of the leftovers.