“Saying mean things about Democratic Presidents is not news.”

“Saying mean things about Democratic Presidents is not news.” 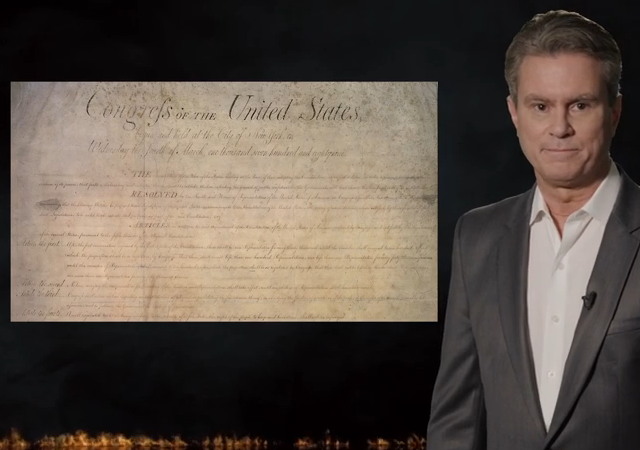 Last Sunday, we told you about the Democratic Party’s attempt to use the Federal Elections Commission to regulate free speech on the internet.

Bill Whittle has put perspective on the issue in a new video from Truth Revolt.

This smiling, normal-looking woman is Ann Ravel. She heads the FEC — the Federal Elections Commission. She’s a Democrat in a Democratic administration pursuing the Democratic party’s goal of intimidating, jailing and otherwise harassing their political opponents, who are mean because they don’t like being told what to do, or to think — the way nice people do. So she has been ordered to weaponize the government against unregulated speech — we don’t call it “free speech” any more because that term is archaic and also probably racist.

It’s not like she doesn’t want to! As a typical progressive Democrat, Ann Ravel has two overriding psychological needs:

First, regulate everything. How on earth with people like Ann Ravel and, for that matter, the President of the United States, ever be able to feel secure when the American people are just running around starting businesses willy-nilly, or irresponsibly making internet videos that don’t conform to the Official Truth, or reading news stories — “news stories!” — on places like Fox or the Drudge Report.

The Era of Trust in Government Is Over

What explains the crash and burn of trust in government?

Wasn’t the Obama presidency supposed to be a “change we can believe in,” a time in which the role of and faith in government was to be exalted?

1. any time we have the ability via the legislative process we need to stamp out…or at least defund…all the alphabet soup of the Federal leviathan, and

2. we need to simply disobey, defy, challenge, and test any imposition we find outside the Constitution, and insist that we face the consequences of strict enforcement IN COURT.

You are right both times, but your #2 made me re-evaluate the Ebola nurse – that is what she did and won. Gosh, it just goes to show you you can learn something from anyone.

2. we need to simply disobey, defy, challenge, and test any imposition we find outside the Constitution, and insist that we face the consequences of strict enforcement IN COURT.

Although I still think she is wrong to defy quarantine she has taught us all a lesson.

to paraphrase; “we need to simply disobey, defy, challenge, and test any imposition we find INSIDE the Constitution” is the philosophy of the Left.

3. Free doughnuts for ALL

So great to see the Women’s (womyn’s) Movement and Feminism finally spawn the FEC and IRS governmental thugettes. Can’t have male models such as Adolph, Joseph and Mao have all the limelight. With so many key leadership positions being filled by the President with women of this caliber, now there truly is equal opportunity. Forward!!

The milk of human kindness has never swollen those breasts.

Who was the lady with all the shoes?

Emelda Marcos of the Philippines.

Expose the Progressive Democrats as the fascist totalitarians that they are.