In government, we don’t trust

In government, we don’t trust

My column at Townhall.com. 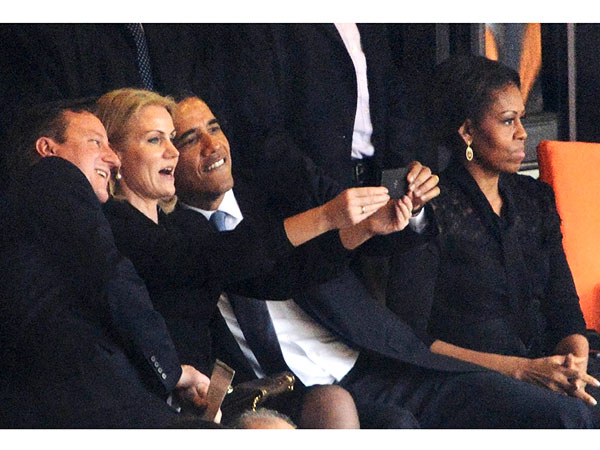 As part of my ongoing occasional efforts to expand the audience, I have a column at Townhall.com, The Era of Trust in Government Is Over.

In 1986, Ronald Reagan joked that the most terrifying words in the English language were “I’m from the government, and I’m here to help.”

In the age of President Barack Obama, Reagan’s maxim is no joke – it’s playing out weekly before our very eyes.

Recent surveys indicate that trust in the government is at lows not seen in decades….

The era of trust in government is over.

What explains the crash and burn of trust in government? …

Where will I “appear” next?

I think you need to start adding an FEC warning to your posts. 😉

“Warning: The FEC has determined that this blog post can be hazardous to Government’s health.”

Keep up the good work!

I have noticed lately that the liberal dems are now taking to saying neither party is any good. Just as all liberals will do when things go wrong, share the blame…but never the credit.
Seems like they’re distancing themselves from obama and we’ll next be hearing about the Goddess like qualities of Pocha-warren and how America will once again regain status in the world.

Our former allies and friends have the same fact-based understanding.

As do our enemies and adversaries.

it’s not merely the a lack of ‘trust,’ as in an incompetent government, but actually animus, as against an adversary.

For the first time in U.S. history, much of the citizenry views the federal government as a corrupt, aggressive oppressor — like gangsters,but with a monopoly on the use of force. In the days before the Civil War of 1861, the north did not actively oppress the south: the south chose to succeed.

The federal government under President Ebola and the corrupt fascists he has infested within the federal bureaucracy and at the head of agencies is actively and illegally oppressing U.S. citizens and sabotage the rule of law. No hyperbole, here.

Now look back at all those billions of rounds of ammo Obama loaded up on, and think back on his insane “civilian security force” speech.

“We cannot continue to rely on our military in order to achieve the national security objectives we’ve set. We’ve got to have a civilian national security force that’s just as powerful, just as strong, just as well-funded.”
http://www.americanthinker.com/blog/2013/10/remember_obamas_civilian_national_security_force.html

This fraud is the f#$%ing lunatic many of us said he was way back when. Nothing’s changed, except for the damage he and democrat leftists running the nation pre-2014 have done.

The remedy is to can Boehner and Prebus immediately after November, and immediately begin work on repeal of Obamacare and Dodd-Frank.

California. And so the day has come. I’ve warned for years that if Hollywood gets a hold of our host, he’ll be gone from LI forever.

RE: Trust in government….. Once it sinks in that Obama and hundreds of other government officials knowingly looked us in the eye and lied about the effects of Obamacare, then augmented this with years of other lies always in the form of covering up some ineptitude or another, you have no choice but to believe nothing you are told by government officials.

Oh, I don’t believe nothing. I believe the opposite of what they tell me.

Isn’t it fortuitous that we have a constant reminder clearly marked on our coins and paper money Whom to trust? Hint…. it ain’t the government.

You know what, Bill Jacobson- you gotta be a little more precise in your upset. And tell it not only like it is, but like it was.

Yeah, the trust in government HAS been over for decades. And yeah, Obama’s the one in office when the numbers hit a 20 year low, to 19%. But the two previous lows were during Bush-1 and Bush-2 at 20%. Big difference, huh. And the numbers plunged way more significantly during Bush-2, from about 58%. Whereas during Obama’s presidency they never crept higher than about 25%.

And in this age of contentious partisanship blogs and quibbling cable commentary and politically slanted newspaper reporting it isn’t going to matter which bozo party is in power. And the only thing that will change the constant confrontational partisanship blather is some serious national emergency, or an all out war, where the life and welfare of all Americans is threatened. Till then both side will keep on actuating-the-negative and eliminating-the-positive and we’ll keep on bumping along like a wagon with square wheels.

Does it count that the media was in constant shrill denunciation mode for Bush, while it was busy boosting Obama 24×7?

LOL. Man, the excuses you get from these folks.

Hey Michelle! Go make me a sandwich! And get 3 beers!

We no one in gov is remotely interested in what the public wants or what is best for the country, then the public can’t trust the gov or the people who run it.