Organizing for Action Refuses to Go Away

Organizing for Action Refuses to Go Away

“We’re the ones who refuse to be cynical about what we can get done.” 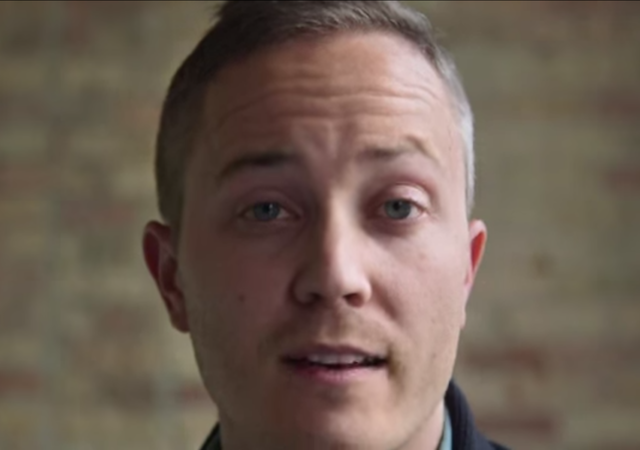 2014 has been a great year for Republicans: we maintained the House, took back the Senate, made inroads with new voters and solidified the voting base, and sent the mainstream media spiraling.

Good for us. Now it’s time to get back to work.

If this were a sane world, we’d be justified in resting on our laurels for the next few months; but this is politics, there are no laurels, and we’re all still so hopped up on caffeine and victory that we might as well ride the lightning while its flashing.

Especially since Democrats are.

Groups like Battleground Texas may have suffered crushing defeat in the midterms, but they’re not going to let the loss of fluff candidates like Wendy Davis derail their mission. Organizing for Action has a new video out, aimed at reaching the very demographics they lost ground with in 2014:

OFA is a movement of millions fighting for real, lasting change. This isn’t for everyone — we’re community organizers, and we’re proud of it. If you’re someone who’d rather get involved than sit back, if you refuse to be cynical about what we can get done together, then you should be part of this.

Women. Minorities. Young people. All eligible voters, and all apparent victims of the big money interests of Beltway insiders (just the Republican ones, though.) Progressives lost the trust and votes of millions of Americans this cycle, and their first mission is to convince a small fraction of those people that they were wrong, that they are victims, and that they need progressive politicians to protect them from Washington.

The road to the presidential elections looks a lot shorter from this side of the midterms, and Democrats are set to give it everything they’ve got. For Republicans, now is the time to either maintain the momentum voters have decided to give us, or risk losing the country entirely in 2016.

That these folks are clueless arises from the very policies of those seeking to community organize them, is yet one more form of slavery – but more insidious, as it is less visible.

I think that was their plan all along – “empower” the clueless.

Organizations like this are precisely the reason our founding fathers established this country as a Democratic Republic and NOT a Democracy.

What these prog scum advocate is Mob Rule by the ignorant.

Well, there’s also the graft. Check out everything Champ worked on while in Chicago as a “community organizer”. People got rich, but those people weren’t in the “community”…

What a total bunch of BS! Grassroots? The White House propaganda machine in action!

The thing is, they don’t believe that actual grassroots exist. They “know” that it doesn’t exist, because they’ve been manufacturing them for years. Imagine professional magicians, who know there’s no such thing as magic, because they’ve been faking it for years and know exactly how all the tricks are done. Then someone comes along who doesn’t know all those fancy tricks, doesn’t know there’s no such thing as magic, so he tries it and it works. The professionals would not be able to process such a thing. They would know, deep within them, that there must be some trick to it, something this newbie is doing that they haven’t been quick enough to spot, because the alternative is impossble. That’s how these people regard the TEA party movement; an actual grassroots movement, which they know can’t possibly exist.

“Break out the flannel pajamas and the mugs of hot chocolate! We have work to do!”

No- these people are the Ebola of politics.

They want to keep changing this country for the better? OMG! Look at the devastation Obama’s Hope and Change plague has created so far! How many more black youth do you want to be jobless, Obamabots?

And, do you want a fair wage? Then go find a fair wage paying job and work your ass off.

These video heads are the frustrated, the disconnected and the highly educated in nothing bored wannabe community organizers. They are asking you to spend your days whining to others about every little inequity of life. “Life isn’t fair….Wah, Wah, Wah…..” “If only we had this… and if we had that…then our Disneyworld would be perfect…until the next inequity that is.”
“Wah, Wah, Wah. Someone get me my blankie.”

True, true, everyone’s complaints about community organizers, but they do make wonderful pets.

Yeah sure, but try to house-break one…

No, it’s OK. They are all *literally* anal-retentive.

That just makes them explosive.

Plus, there’s the musk and all the marking…

These constant references to “cynicism” that Obama makes ceaselessly are intriguing, from a rhetorical standpoint. The implication is that anyone who opposes his Statist agenda, or, who criticizes the same, is a grouchy “cynic.” The irony of course, is that the litany of policy failures of the Obama Administration — too many to list here, of course — provide ample reason for objective voters to be “cynical” about Leftist apparatchiks with massive egos and limited life and work experience outside of government or “community organizing,” who present themselves as “expert” centralized planners whose sagacity is boundless and whose competence is infallible.

IOW, Obama’s record is what it is regardless of what one thinks of him or it.

They’ll say whatever they want. But if it goes unchallenged by GOP national leadership, the lies being spread by the left will take hold as truth.

With the current crop of schmucks in the leadership positions of the GOP, and the schmucks these same schumcks pay as ‘advisers to the schmucks,’ be assured that 2016 will feel as if you were back in 2008.

This cycle of GOP losing has to end. It will only end when we stop recycling GOP losers.