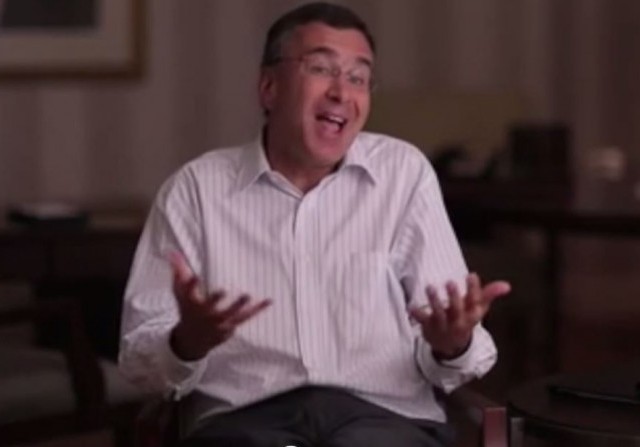 I thought we were all Grubered-out here.

We were about to issue a “No More Gruber” fatwa.

Then came this (via Hot Air).

TRIGGER WARNING – 2:25 MINUTES OF DEMOCRATS MAKING FOOLS OF THEMSELVES ABOUT GRUBER. VIDEO PROCESSED ON A COMPUTER THAT ALSO PROCESSES NUTS.

That poor, old, confused women in that video.

She’s so pathetic. She should really be under care.

You mean the one whom the Dems just reelected as their leader? Talk about stupid voters.

But that was only because Pelosi wouldn’t allow a pregnant Democratic Representative who is due and couldn’t fly back to DC to vote absentee. I’m figuring it was Nancy version of the war on women.

Pelosi is under care, Ragman. She’s a ward of the state of California.

Sure, under the “care” of the staff of a federal correctional facility.

These “progressive” scum literally stole 18% of the US economy out from under our eyes and ruined the healthcare industry for 85% of us in order to achieve their Marxist reallocation goals for the aggrieved minority.

And oh yeah, nobody forget The Oregon Health Insurance Experiment which demonstrated (SCIENCE!) that government health programs like Medicaid have ZERO positive effect on people’s health. That’s right… not that they have lower efficacy than private programs, but that they have NO positive impact whatsoever.

How is is that these lying, conniving, election-rigging, thieving pricks are not yet in prison? Are they really going to get away with this?

“… in order to achieve their Marxist reallocation goals for the aggrieved minority.”

well, they want to be totalitarians, the aggrieved minority are their pawns. Even the Marxist rhetoric … probably not sincere. AS you note … they don’t really help people by putting them on Medicaid.

Pollack/Gruber claimed, States don’t increase Medicaid enrollment and lose fed funds, because they are racists. Do they really believe that, or is it just more subterfuge? The safety net hammock does not make for a productive society.

I love this. It’s a perfect preparation for the traditional Thanksgiving argument around the dinner table!

At our Thanksgiving table, conversation centered around this issue will surely result in a remake of, “Animal House”. At the very least, that scene in the cafeteria—–FOOD FIGHT!!!

The only way Gruber could help the GOP any more now is if he gets caught sending unsolicited photos of his schlong to minority handicapped transgendered illegal immigrant orphan children holding puppies.

I’m waiting for the 20 pictures of Gruber with Obama, or Kerry and others. The story line needs more pictorial support, since voters are so stupid.

Gruber should give them out, since he is now in the role of the jilted lover, and all O’s friends sided with Obama. Hell hath no fury like an MIT egomaniac scorned. He’s one of Obama’s Monicas, in a certain sense. heh

I did not have economic sex with that man.

He was just some guy in the neighborhood.

Here is a pen that Professor Obama used to sign Obamacare into law and here is six bazillion taxpayer dollars for no good reason.

Everything the Obama says is a lie, a partial lie, or in service to a lie.

Gruber gloats about the lying in public, which is why they’re mad at him. These lies weren’t supposed to come out until 2017. He just assumed none of the rubes would even understand all the complicated words he uses, given their basic stupidity.

But this constant mendacity will make running Obamacare and the IRS more difficult, because the public now knows that the government is a liar, so lying is fine. And the government will be lied to by the citizens.

Their efficiency relies on most Americans complying without force or too much State effort.

But why bother telling them the truth any longer?
Now you’re a fool to do so.

I remember when BUSH LIED! was supposedly a big deal.

Turns out the Democrats didn’t dislike lying per se, they just wanted to be the lying liars telling lies.

Gruber’s repeated statement, that it was approved thanks to the stupidity of American voters, ignores that no republican voted for it, and that the American people outside of Massachusets sent Scott Brown money, hoping he would be the 40th vote, in order to STOP Obamacare… Then Pelosi started talking about “deeming” it passed.

We knew. But the dems steamrolled it anyway. Maybe the dem voters are stupid, but rolling us all together lacks more than just nuance.

This academic elitist has turned out to be nothing more than a:
“Money-Gruber”
(has been paid in excess of $6MM while peddling in misrepresented ideas, out-and-out LIES, and wholesale disdain for those who underwrite his paycheck)

Hi Midwest Rhino and Paul. Not sure what reality you are living in to call ACA “Marxist”. I was disgusted with it, too, because it just extends the private, for profit insurance companies as those reaping a windfall profit to be able to “insure millions more.” I was pissed because Single Payer (AKA Medicare for ALL) was not on the table for consideration. Then, they had the gall to even exclude the Public Option (so much for choice in America).

But, the ACA, which is its real name, has not only provided insurance for MILLIONS that either could not afford it or were black balled because of “previous conditions”, it’s also made is more user friendly for all you “85%ers” grumbling about those climbing into the life boats (thru exchanges, or whatever the f… you are referring to).

We, America, have the dubious distinction of having our medical system rated as 68th in the world, right after Cuba.

And Pogo, you comments about lieing: all politicians do it. They call it spin. That’s why Bill Moyer once said he would never interview a politician because they obfuscate and spin so much. Look at the last elections and all the tripe that dripped from our tvs.

I just walked thru the door, midstream into your discussion, but from what I’ve picked up, I bet most of you are Republicans, maybe even Tea Baggers. And Karen, no Republican voted for it because they were all in lockstep, even tho what was produced began years ago as “the Republican healthcare plan!”. I also assume you, like other respondents on this issue, have excellent company provided health insurance (maybe even including dental and eye care).

My wife benefited from the Exchange. The government kicks in almost $800 a month to help defray the cost (which is excessive). You see, she’s Type II diabetic (a previous condition). She is masters level teacher who choose to teach preschool for over 35 years (which does not pay much and often does not provide any safety net). One month after she was accepted, a heart stress test put her in the hospital and she got a quadruple heart bypass. Years before this, she complained (at county health centers because this was all she could afford to go to) that she had pains in her chest and arms. Maybe it it outside of your life experience, but county health facilities usually do not have specialists nor provide financial assistance to see one. She was pulled into a life boat just in the nick of time. Any of you as little snot nosed kids could have been in her preschool. I bet you all were in one when you were little.

And POGO, Bush, ah, just the mention of his name disgusts me. 6 Trillion dollars later, two sovereign nations attacked and fractured, our military, over extended with multiple tours (my son got called up on 9/11 and served),thousands of military killed and tens of thousands maimed for life. What a f…ing legacy! You might have noticed, he’s pretty much laid low for the past six years (painting and such things).

Nice chatting with you.

Dean, Dean, Dean! The “government” doesn’t kick in $800 – TAXPAYERS do, because if they don’t, they’re subject to fine and imprisonment. It’s coercion. Maybe you’ve heard of the word?

And no, I don’t have medical insurance. I’m a vet. I go to the V.A., or I pay out of my own pocket. Which last year I paid about $2,000 for out of pocket medical expenses, because at the V.A., I call for an appointment in August, and they give me one in December. I didn’t want to wait that long.

Reagan was shot; he still wasn’t in favor of eviscerating the 2nd amendment. Imagine that!

I have retorts to all you wrote, but golly gee whiz, I don’t actually care what a pro-government theft type, thinks.

Dean, every Tea Bagger requires a Tea Baggee which doubtless explains the callosity of your chin. I’m not going to waste time with your delusional OFA cut and paste job.