U. Michigan Professor Juan Cole actually said that. On TV. 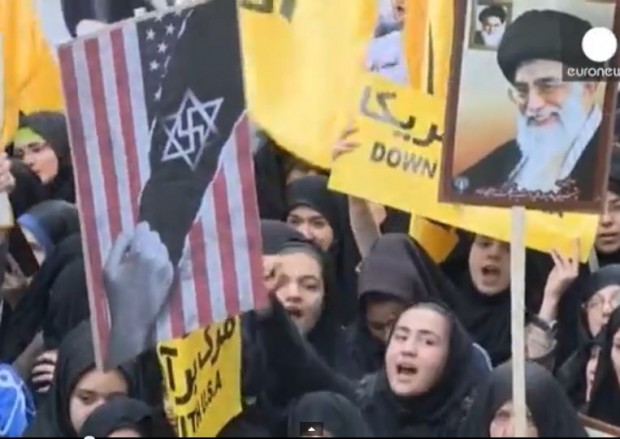 Today is the anniversary of the takeover of the U.S. Embassy in Tehran in 1979.

Proving that not much has changed on the Iranian street or in its government, tens of thousands took to the streets to chant “Death to America,” as reported by The Washington Post:

Thousands of Iranians chanted “Down with America” on Tuesday in rallies marking the anniversary of the 1979 takeover of U.S. Embassy in Tehran. But the annual show of America-bashing by Iran’s hard-liners seemed to bring little public enthusiasm amid the push by moderate President Hassan Rouhani for a nuclear agreement with Washington.

More than 10,000 people joined the anniversary rally outside the former embassy compound in the capital. That was thousands less than the last year’s rally, the first since Rouhani’s election, when his hard-line rivals sought to make a resounding show of opposition to any concessions to the United States.

This seems like a good time for a flashback to an appearance by anti-Israel U. Michigan professor Juan Cole on the Colbert Show, which included this gem:

I have no doubt that a huge number of Iranians would love to get out of that police state any way they could.