What’s the chance the perps will take up the offer? 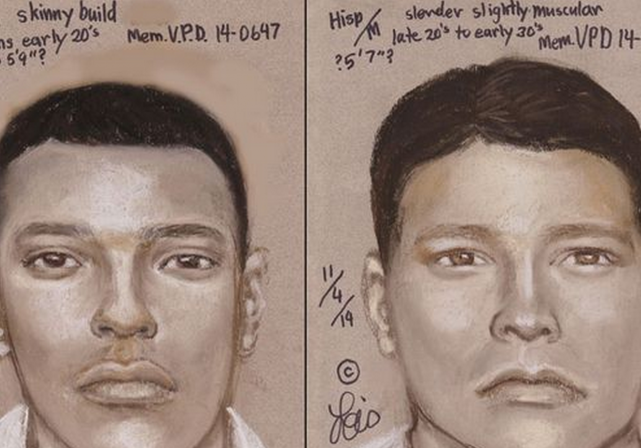 Here’s a feel good story to wrap up the week. Usually people robbed at gun point aren’t too keen to get to know the guy that shoved a gun in their face, much less offer what could be life altering help. These homeowners however see the entire situation differently.

They pretended to be delivering packages to the home in the 11800 block of Redcoat Lane so a housekeeper opened the door. That’s when two gunmen, wearing black ski masks and gloves, forced their way inside the home.

“She thought they were delivery people,” said the homeowner who didn’t want to give her name. “When she opened the door, they pulled a gun on her and they locked her in the bathroom. They spoke to her in Spanish.”

The homeowner arrived in the middle of the robbery and a third suspect was waiting outside in a white SUV.

“When my husband showed up, they pulled a gun on him and told him he had to open the safe,” said the wife….

A $10,000 reward is being offered for information leading to the arrest of these suspects.

The victims are also making an unusual offer if the suspects turn themselves in.

“My husband and I believe firmly in education and education changed our life,” the woman said. “We would like to offer that to them.”

That’s right. They’re offering to pay for their college education.

“There is a chance to make a better life for themselves,” the homeowner said. “People have the ability to do anything with their lives.”

But what’s the chance the perps will take up the offer?

I’m sure the people mean well, but color me skeptical. Seems like it’d be an exercise in futility ~

WTF. If they have a housekeeper in Houston, they have a mansion (McMansion?). If I had that kind of money, I just might commit that experiment, too.

Nothing “Mc” about those homes. I have customers who live there.

Bunker Hill is a rich, very upscale, nearly secluded, incorporated “city” surrounded by Houston’s western suburbs. There are several of those little villages off the Katy Freeway (I-10 West). Whenever I go over there, it seems like they have a cop to citizen ratio of about 1:3.

Their maid probably has a maid. I’m only half-joking.

The perps are probably too dumb to get into public school.

But they probably managed to vote for Obama in 2012.

“Hey Spider! Them rich gringos we hit a lick on want to put us through that college! How ’bout that essé?”

I prefer my criminals ignorant and uneducated. If they go to college they’re likely to become radicalized, join a labor union, and become Democrat thugs.

Naive, in denial, feeling “white guilt”, or racist?! Or a combination thereof….?

Why would the perps turn them selves in for education? Do these people have ANY reason to believe the perps WANT an education?

That they are assuming these guys are only pulling home invasion jobs because they are too poor (and too Latino) to get educated without resorting to crime sounds kinda racist to me. Or just full of guilt for being raised in America, where we teach that anyone can reach for their dreams – especially if we get a good education.

That’s probably where Spider and Lil’ Puppy got their PhD’s in B&E.

Are they going to offer a college education to the housekeeper? His or her children? If not, why not? Pull a gun go to college, swipe a toilet bowl, clean up someone else’s sh!? forever.

Liberals would never give up their laborers. A “living wage” is for corporate employees, not “undocumented” domestics.

College is for oppressed minority criminals, not the help.

That place is better-policed than the Kremlin. A missing hubcap is probable cause to get pulled over in Bunker Hill. (Note, the house is on ‘Redcoat Lane’!)

hrm…. well intentioned but naive. These home invaders have no interest in going to school.. besides, they would give themselves up?

They’ll probably wind up shooting someone at the school.

What is it with money these days? The more wealthy people seem to have of it, the more of their common sense it seems to displace.

Why don’t they put the housekeeper through college instead?

Because then they wouldn’t have someone to clean up after them.

I’m sure with 200k + illegals streaming through our “border” each year, they can find someone to sweep up.

Tragically naive. The home invaders did not choose a life of vicious crime because nobody would put them through school. They chose crime because they like crime, they prefer to steal than to work, they want easy money, and they don’t care about other people.
I will not join a previous commenter and say “God bless” those homeowners, because I do not think their stupidity is harmless. Quite the reverse; it is this sort of foolishness that leads to lax punishments and thugs who go free to rob and kill again.

Bunker Hill — old money in the heart of suburban Houston, Harris County. I can describe these people: drive very high end cars, but also have an electric or hybrid; IVY league educated, not state college, shop at Whole Foods or have it delivered. Have never seen true poverty, just read about it. Vote a straight Dem ticket. Big supporters of White against Perry, and Wendy Davis. All their children went to Ivy League schools. Somewhere there is a deserving student who cant afford college and IS NOT committing crimes. Why don’t they find that student?

I have just two words for these criminals…hollow point! As for the family making the offer..it’s your money, waste it however you want.

I couldn’t afford college, but I never thought to violently rob people to get it. Being honest just doesn’t pay.

What do you get when you educate a violent criminal?

You get a democratic community organizer. Google “Max Lindeman”.