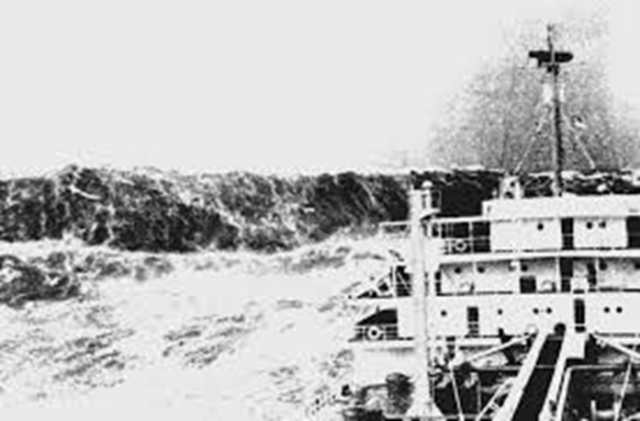 As I discussed earlier this week, the local races would be vitally important in this election.

I must admit, I despaired that California would completely miss-out on this “change election”, and simply hoped that we might be able to elect Republican Carl DeMaio into CA-52’s congressional seat — though I did predict that there would be “historic election results on November 4th that would have been unimaginable until this August” elsewhere.

Imagine my surprise to discover I was not optimistic enough! The election tsunami generated a rogue wave that hit California!

The Democrats have lost their supermajority in the state senate, and their status in the Assembly is in doubt.

Two years after California Democrats swept to commanding two-thirds majorities in both houses of the state Legislature, they were unable to again claim the same margin in the Senate and the Assembly remained in doubt with key races too close to call.

…More seats were in play on the Assembly side. Two vulnerable first-term Democrats, Sharon Quirk-Silva of Fullerton and Steve Fox of Palmdale, lost seats that became focal points for a Republican party intent on fracturing Democratic control.

The race for CA-52 that we were following closely is still too close to call.

Republican Carl DeMaio and Rep. Scott Peters (D-San Diego) were nearly tied Wednesday morning in an election race that has captured national attention with allegations of sexual misconduct, an office break-in, oodles of outside financial contributions and a flood of mudslinging advertising.

According to results from the San Diego County Registrar of Voters Office, with 100 percent of the votes counted, DeMaio and Peters were both at 50 percent. DeMaio had 72,431 votes to 71,679 for Peters, a margin of 752 votes.

…Wednesday morning, the Registar of Voters Office confirmed that there were just over 180,000 ballots that needed to be counted. Those consisted of 143,000 mail-in ballots and 36,429 provisional ballots.

We are anticipating a formal announcement of the results Thursday. The upside: If Peters asks for a recount, he would have to pay for it.

The high water mark for our state: Feminist icon and Obama fan Sandra Fluke lost her race for California Senate by a whopping 22 points.

Dawn Wildman, a leading coordinator with California Tea Party Groups, says, “We actually flipped a couple of seats in statewide races so that was good. It shows our groups are effective at the local level, which is fabulous result. We now have given the GOP the opportunity to get it right…or continue make excuses. However, today we celebrate.”

It is heartening to see the wave of sanity reach the shores of California. Time will tell if the tsunami washed up jellyfish, or something with more spine to it.

Sanity is relative. The tea party can claim credit for whatever progress was made. The Republicans remain dysfunctional in California.

It’s a start. DeMaio’s opponent made it abundantly clear that the TEA Parties live rent-free in the Democratic party’s heads just like they did four years ago in the Republicans’.

All California needs is a core of thinking people keeping track of what the local politicians do. That core can either take over the Democratic Party, or move out and turn into the Republican party. The field is that open. I hope they move out, because the Democratic Party has been in control too long, and it has hangers-on that have become corrupt.

Sandra Fluke lost. Big. Apparently people got to see her true colors, and didn’t like it at all.

Once again, Rush was right!

And in other good news, Republicans flipped the New Mexico House for the first time in 62 years.

I found out why some of your articles weren’t making out through the San Diego Bloggers… it is now resolved.. tweety time!

Considering how ridiculously gerrymandered CA legislative districts are, any change at all is remarkable.

They may not be a super majority, but they’re still super lunatics.

Sandra Fluke is the new Hillary Loser Clinton, except without the stolen money.

Not only did they lose their supermajority, but it was a couple of brand new Asian candidates who defeated comfy incumbents. In the 65th Quirk-Silva is a teacher and former city council member and respected by all; a Korean named Young Kim clobbered her.

And the Repub who ran, or put his name on the ballot, against Brown got 41% of the vote. Imagine what a real candidate could do. So come on GOP, put some elbow grease into it!

The GOP put all their effort into defeating the “Tea Party radical” neophyte, then walked away.