Today’s legal insurrection is at the state and local level

Today’s legal insurrection is at the state and local level 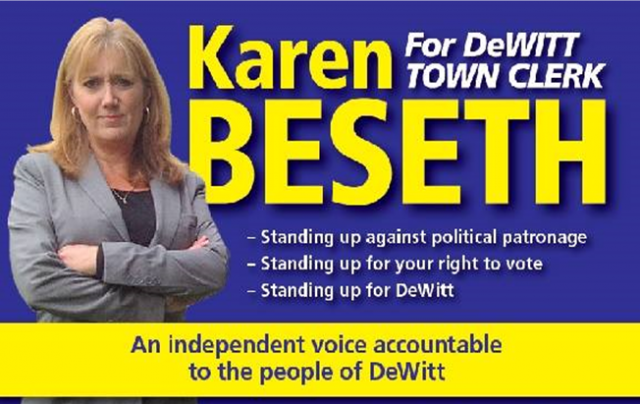 Dave Weigel is worried about what is happening at the state legislative level, as the media is focused on the U.S. Senate, A wave of GOP wins in the states could radically transform the country:

Remember the number: 69. That’s how many state legislative bodies Republicans are trying to win this year, out of 99, up from the 60 they control right now. (Nebraska has a unicameral legislature, composed entirely of senators, a bit like Rome but with fewer coups.) That would give them a “state legislature supermajority,” and allow them to push through the sort of policy reforms that will be quickly gummed up in a Washington that—let’s be honest—will spend six or seven months passing bills before everyone gets excited about 2016.

“We’re on offense this year,” says Jill Bader, a spokeswoman for the Republican Legislative Campaign Committee. “We’re confident in the path not just to a supermajority, but in a more diverse group of elected Republicans.”

That’s good news for the country, but what is a Californian like me to do today?

As the rest of the country is poised to refudiate Democratic Party policies and the Obama Administration’s incompetence and arrogance, we are set to re-elect Governor Jerry “Moonbeam” Brown (courtesy of Latino voters).

I could drown my many sorrows in the craft beer that San Diego is becoming famous for, but I would rather celebrate good victories — especially in local elections where independent conservatives can really make a difference.

One race I am following closely is that of Town Clerk in DeWitt, NY. That may not seem like an important race, but these local victories add up, and provide our future statewide and federal team members.

The Republican nominee is Karen Beseth, better known by many Legal Insurrection fans as popular conservative blogger The Lonely Conservative.

I had a chance to talk with her about transitioning from opining to campaigning last week on Canto Talk:

According to Karen, the current Town Board (comprised of one RINO and Democrats) was originally plannimng to make this position an appointed one, which would prevent DeWitt’s citizens from getting the transparency required to make fully informed decisions about what their local representatives were doing. Given that the Town Clerk’s job involves record-keeping related to taxes, permits, and meeting minutes, the local Republicans intervened and convinced Karen to run.

“I am planning to be a check on the DeWitt Town Board,” said Karen. “The Clerk is actually responsible for many key items, such as issuing licenses and permits. I plan to have transparency if I get elected.”

Given that the local Republican committee tapped her to run in late September, she has been relying on her Facebook page and grassroots canvasing to get her message out to the voters.  However, despite the small scale of this electorate, Karen is still having to deal with shenanigans from the Democrats in support of her opponent:

It has come to my attention today that a member of the DeWitt Town Board used the town’s email to send town employees an invitation to Angela Epolito’s fundraiser. Ms. Epolito sent out an apology on behalf of the Supervisor, but not until after town government e-mail accounts were used for political purposes. I was also concerned that the Supervisor used the Town’s taxpayer funded fall newsletter to publicize his position on the referendum to turn the Town Clerk into an appointed position.

I am not just a candidate for Town Clerk, I am also a resident and taxpayer in DeWitt. Town resources should not be used for political gain. It is unethical. The people of DeWitt deserve better from our elected officials.

Karen and I both agree that there many wonderful opportunities at the local level for conservatives to get involved.  Karen suggests joining local Republican committees, so that conservatives can work toward getting good candidates.  I, on the other hand, suggested finding zoning commissions, school boards, or other district positions — many of them so little known that someone could easily run unopposed.

Karen isn’t willing to project herself a winner, but notes: “Democrats must be sensing there is a big wave heading their way. According to the Washington Examiner, they aren’t having any big Election Night parties this year. I hate to be too overly optimistic, but this is probably a good sign of what’s come.”

I will be following this race closely from California while I savor a nice ale.  After all, today’s Town Clerk may be tomorrow’s Governor.

Everybody who has ever accused a Republican politician of being a RINO better vote, or STFU.

(Personally, I do think a bunch of them had to be Democrats. Perhaps I should soften that.)

As goes DeWitt, so goes the nation…