Thank a man for being awesome today 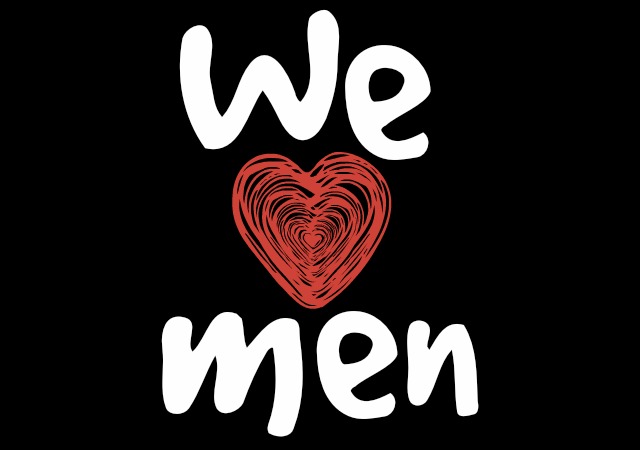 International Men’s Day is today. For all the rabid man-hating men are forced to endure, and largely without recourse, today seems as good a day as ever to celebrate the awesomeness of men.

According to the official IMD website, the purpose of International Men’s Day is quite lovely. Well, mostly:

Objectives of International Men’s Day include a focus on men’s and boy’s health, improving gender relations, promoting gender equality, and highlighting positive male role models. It is an occasion for men to celebrate their achievements and contributions, in particular their contributions to community, family, marriage, and child care while highlighting the discrimination against them.

The ability to sacrifice your needs on behalf of others is fundamental to manhood, as is honour. Manhood rites of passage the world over recognise the importance of sacrifice in the development of Manhood.

Men make sacrifices everyday in their place of work, in their role as husbands and fathers, for their families, for their friends, for their communities and for their nation. International Men’s Day is an opportunity for people everywhere of goodwill to appreciate and celebrate the men in their lives and the contribution they make to society for the greater good of all.

Forgetting the whole “contributions and sacrifice” element, those not denouncing the day altogether have honed in on “improving gender relations and promoting gender equality bit.”

The Guardian‘s take is that, “it’s clear why women have their day but men don’t really need the same. Perhaps fathers and sons should bond over domestic skills instead.” Right. I can just see my Dad bonding with my brother-in-law over a spirited discussion on the best eco-friendly cleaning product for cleaning the bathroom sink…

The Washington Post praises IMD as another feminist day and a real opportunity for men to work on gender inequality because, “many of these men are surely blind to their own privilege and status in the world and within their own cultures.” Ah yes, check your privilege, men. You have no idea just how good you have it. Just ask the comet scientist guy.

But as a devout patriarchal loyalist, I’ve compiled a non-exhaustive list of just a few reasons men are wonderful human beings.

3. Men are fantastic at fixing things. All the things.

4. Men always know how to have a good time

5. They show us how to get in touch with nature

6. They’d traverse the Earth on a cracker if they thought it would make us happy

7. They always know how to make you laugh when you need it most

8. They fight to keep us free

Even though men eat paper towels like candy and are reluctant to accept directional assistance, we salute all the men out there. You are awesome and we appreciate everything you do.

Live it up, Patriarchy. Today is your day.

The best eco-friendly cleaning products for cleaning the bathroom sink are available at http://www.EarthEasy.com.

There is an image of a guy sucking through a straw directly from a stream…that’s sort of manly, if you squint really hard.

It’s a labor of romantic and platonic love. Although, your acknowledgment is appreciated. Now, on with the day.

All of us XY types should work to be GENTLEmen.

That ship has sailed.

Actually as we are now demonstrably a matrifocal culture, it makes perfect sense to introduce a men’s day or month from the way that the academic left approaches these things.

Today is not Patriarchy Day.

best reason to be a guy.
we can’t give birth.
I am SO glad I am a guy.

Honestly, in this day and age it’s not a big thing. Hospital births in the US are extremely safe and can be made painless on demand.
On the other hand, why is it required of dads to be in attendance?

A couple of days ago, I sent that URL to a bunch of my female friends. I haven’t heard from any of them yet. I think I may have made an error.

Seriously though, the author of that website is insane. Frankly, I don’t know why she doesn’t just go whack herself to end the pain.

I do like being a man. I get to do men things. I can fix just about anything. I can talk about how cool muscle cars are and enjoy the roar. I can laugh out loud at Three Stooges videos. I can be tender with my daughters and roughhouse with my sons. I can read a book in my chair with my cat sleeping on my lap because he knows I’m in charge. I can pee outside whenever I want. I can wear the same pair of socks for three days.
a Thousand other things too.

Men are people too.