How will the Administration interpret the United Nations Convention Against Torture? 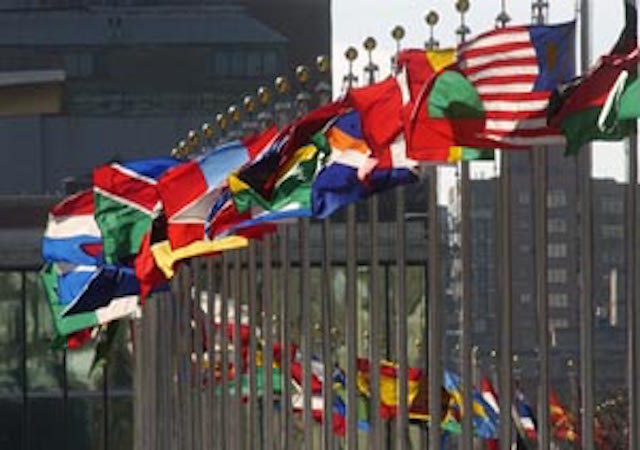 A memo recently circulated amongst lawyers working for the Obama Administration and in the intelligence community has sparked debate about the future of the United Nations Convention Against Torture as it applies to enhanced interrogation techniques used by Americans overseas.

The Administration has a month to decide its stance on the treaty in advance of a scheduled presentation before the UN Committee Against Torture. It will have to choose between the opinion of the State Department, that of the intelligence community, or something in between:

State Department lawyers are said to be pushing to officially abandon the Bush-era interpretation. Doing so would require no policy changes, since Mr. Obama issued an executive order in 2009 that forbade cruel interrogations anywhere and made it harder for a future administration to return to torture.

But military and intelligence lawyers are said to oppose accepting that the treaty imposes legal obligations on the United States’ actions abroad. They say they need more time to study whether it would have operational impacts. They have also raised concerns that current or future wartime detainees abroad might invoke the treaty to sue American officials with claims of torture, although courts have repeatedly thrown out lawsuits brought by detainees held as terrorism suspects.

You may remember that the Bush Administration used a constitutionally-based interpretation of the Treaty that allowed for the use of tactics covered by the treaty if they were used on non-citizens outside of the United States. The Administration took heat for the interpretation, and then-Senator Barack Obama spoke out in favor of adhering to the transnational spirit of the treaty and banning cruel treatment no matter where it may take place.

President Barack Obama, however, has never taken an official stance on the treaty; but it’s not the first time he’s waffled on important issues of foreign policy. The President is relying on the Authorization for the Use of Military Force to provide legal justification for our current intervention in northern Iraq and Syria; but just last year, he called for that Authorization to be curtailed by Congress.

Although this stance won’t be legally binding, it’s crucial that the Administration not fumble this ball. We’re already looking at a potentially dangerous decision by the Administration to cut a deal with Iran, and our fight against ISIS has been plagued so far by inconsistent messaging. If agents of the U.S. stand in front of the United Nations and lay out a position on this treaty that forces substantial changes to our covert operations overseas, it will only serve to further damage our reputation and put our troops and their mission in danger.

I think our position on torture should be…

we don’t take a position. We abstain as a matter of general principles. It is not something we will commonly practice. But it is something we sort of hold in our back pocket. Like dropping nuclear weapons on you.

The problem with signing onto any UN “treaty” is that members are all held to different standards. That sliding scale always holds the west, mainly the US, to a higher standard, using our generally open and law-based societies against us. In 90% of the world, simply denying and pretending that torture does not exist in any form means that the nation in question is simply blameless.

What America seriously needs is a Constitutional Amendment banning treaties made with “international NGOs or other similar entities” from “superseding or replacing any tenets, rights or constructions of this document [U.S. Constitution]”.

The UN just needs to go the way of the League of Nations. Mainly, they need to GTFO of the USA. Go double-park your sh!t tier SUVs and limousines in somebody else’s country.

Flush the “burden” down the toilet. Out of sight and out of mind. It’s a “choice”.