Things between Congress, Obama, and Iran are about to get very tense. 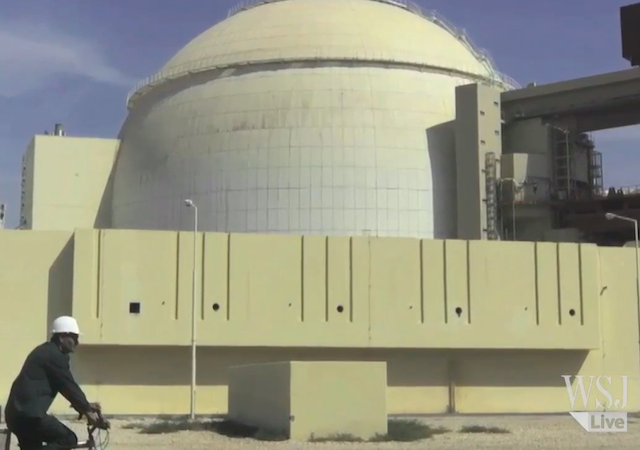 At the beginning of this year, Professor Jacobson wrote an article claiming that “the most dangerous years of the Obama presidency are upon us.” If the latest reports about the President’s next solo move in the area of foreign policy are trustworthy, then no truer article was ever written about the Obama Administration.

We’ve already seen President Obama take it upon himself to threaten executive action on issues like immigration and the elusive closing of U.S. detainment facilities at Guantanamo Bay. We know he wields his executive authority like a sword, and we also know he’s more likely than not to start apologizing on behalf of the American people the moment we turn him loose on foreign delegations.

If President Obama stays true to form, discussions about the continuation of Iran’s nuclear program are about to get very, very tense.

No one knows if the Obama administration will manage in the next five weeks to strike what many in the White House consider the most important foreign policy deal of his presidency: an accord with Iran that would forestall its ability to make a nuclear weapon. But the White House has made one significant decision: If agreement is reached, President Obama will do everything in his power to avoid letting Congress vote on it.

Even while negotiators argue over the number of centrifuges Iran would be allowed to spin and where inspectors could roam, the Iranians have signaled that they would accept, at least temporarily, a “suspension” of the stringent sanctions that have drastically cut their oil revenues and terminated their banking relationships with the West, according to American and Iranian officials. The Treasury Department, in a detailed study it declined to make public, has concluded Mr. Obama has the authority to suspend the vast majority of those sanctions without seeking a vote by Congress, officials say.

But Mr. Obama cannot permanently terminate those sanctions. Only Congress can take that step. And even if Democrats held on to the Senate next month, Mr. Obama’s advisers have concluded they would probably lose such a vote.

“We wouldn’t seek congressional legislation in any comprehensive agreement for years,” one senior official said.

Negotiations with Iran involve a thousand different moving parts; making the decision to allow one branch of one government to make decisions on behalf of the entire world about how far Iran should be able to go with its nuclear program is unconscionable. The Wall Street Journal has put together a fantastic video detailing all of Obama’s options, making it incredibly obvious why lawmakers—and the public—should push back on his plan to bypass Congress:

Does he kick the can down the road? Congress would revolt. Make permanent the shaky agreement we have now? If we do that, we both fail to eliminate the prospect of a rogue nuclear program, and alienate our Israeli allies. Try to cooperate and pretend the problem doesn’t exist? That sounds like a familiar refrain, and I’m 100% sure it’s what has allowed ISIS to threaten genocide in the Middle East.

As it stands with so many other issues, we do not have the time to fiddle around with a more palatable policy toward Iran. If the President walks down this path alone, Congress will be faced with the impossible decision of accepting the decisionmaking prowess of a freshman Senator, or undermining the credibility (what credibility he has left) of their Commander in Chief.

This isn’t politics; it’s life and death. But you can be certain that whatever decision Obama makes, it will be motivated by his desire to please all the wrong people.

1. this will make young women MORE fearful, as it will anyone who fears nuclear terrorism…which is pretty much everyone;

2. it MAY (please gawd!) get the Congress off its two-spot and into the game; and

3. it WILL force Israel to(ward) a self-defense action (maybe with the blessings of Saudi Arabia).

“We know he wields his executive authority like a sword…”

He EXCEEDS his executive authority like a dictator. He has authored the ObamaBanana Republic, as I’ve been saying for the longest. I was never kidding or being hyperbolic. I meant it from the depths of my soul, and with ample evidence.

Would you settle for “We know he wields his executive authority much like he would wield a sword or a shotgun, as a person who is vaguely familiar with what the object is and the general direction in which to point it, but no idea of how to use it.”

obama has a good idea of how to usurp and wield power to destroy America. We will start to see his full glory beginning around November 5, unless he has to wait until after a Louisiana run-off to see if he has, formally, lost the senate.

No. I would not settle for that, since I do not attribute the destruction of the Obamic Decline to incompetence. I see it as design, totally consistent with his announced “fundamental transformation”.

Cloward-Piven has been supercharged and applied.

Ah yes, another believer, this time of a great cause, our wonderful country!

Cloward-Piven has been the not so hidden agenda behind much of Obama’s various movements. Yes, Obama truly is incompetent in so many ways, yet he has implemented programs that are meant to radically transform our country and blocked implementation of acts that would protect our country.

Yes Ragspierre, and it is too bad that more people could not see that back in 2008 as it was clearly out there to be seen.

… many in the White House consider the most important foreign policy deal of his presidency: an accord with Iran that would forestall its ability to make a nuclear weapon.

If past history is a guide, any deal reached with Iran by this administration will do no such thing. It will allow Iran to develop nuclear weapons capability unmolested by any outside authority. Well, other than Israeli resolve…

The Iranians will have the ability to declare the agreement void and one month latter have a couple of hundred nuclear weapons mounted on IRBMs or ICBMs. Tyrant Obama the Liar is letting Iran build nuclear weapons so he won’t have to fight a war.

Hmmm…that odd “down-twinkles” person is at work here, too.

Not enough orbs to post a disagreement, but pushing a button…

The only question I have today is which troll is patrolling our garden of wisdom, enlightenment, and civil discord? Is it the stinky one? Is it the one who flits from blog to blog like a nervous jaybird? Or could it be one who stops by from time to time in his, or her, search for violations of Socialist Political Correctness?

Ah, that’s right, it doesn’t matter, trolls do what they can and perhaps one day we shall learn to ignore them; now that would be a day of wonder. Obviously, I have yet to follow that course of inaction.

A nuclear Iran + 34 million illegals amnestied = not only a fundamental transformation of America, but the world.

Depending on exactly what O’s claiming to be planning to do, there may be no big issue here. And even if he does his worst, it may have little practical effect.

1. Most “sanctions” are imposed by the Federal bureaucracy, not by legislation. A good example is nearly any limitation on American imports or exports. These are controlled by the FTC, and they’re imposed essentially at bureaucratic – not legislative – whim. Since most of the Federal bureaucracy is part of the Executive Dept, Executive Orders can remove them or impose new ones. No legal problem there. That’s exactly what Executive Orders are supposed to be – commands by the boss for the Executive bureaucracies to do something. This doesn’t mean the effects of such orders are trivial, such as Taft’s 1912 Executive Order establishing the exact dimensions of American flags to be bought by Federal agencies. Some big and regrettable programs, such as FDR’s establishment of concentration camps for Americans, started out as executive orders to the army. But use of Executive Orders to enact policies big and small is not in general illegal, or even terribly novel.

2. Obama is not a man of action. He poses, postures, struts, but actually does very little. His idea of “action” is golf, Dem fundraisers, vacations to rich people’s playgrounds, and big expensive White House parties (though not so much on the parties lately). When he blusters and threatens, he seems to be attempting to spampede Congress into doing something. The idea is similar to “if you don’t clean up your room, I’ll clean it for you” – rather than risk Mom throwing out most of his stuff, and rearranging what remains, the victim may do the job himself to limit the damage. But that usually hasn’t worked with Congress, and it probably won’t work now … particularly with Boehner, who’s displayed passive-aggressive stonewalling nearly on par with Henry Cabot’s Lodge’s frustration of Woodrow Wilson’s grand plans for the worldwide Progressive state.

3. Realistically, short of “si vis pacem, para bellum”, there’s very little O. or Congress can do to seriously impede Iran’s plans. Disrupt Iran’s revenue stream? Somehow I suspect that while that may stymie them in many ways – inability to acquire replacement engines for military jets, buy missiles on the international market, repair navy ships, buy nice uniforms for the national soccer team, etc – the nuclear program will not necessarily be one of those starved of funds. (At worst, Iran can do what other countries do – start some “quantitative easing” and print up whatever money they need. That would have negative consequences, but not for the nuclear program.) With or without Obama’s silly (and so far unspoken) dreams of a triumphant Caliphate, the international situation remains the same as it’s been for thirty years – plan for a conventional war with Iran sooner, or an atomic war later. Despicable and hapless though Obama may be, he’s not the cause of the Persian problem, and he won’t be the solution. As in so many things, he’s not terribly relevant.

What are odds Iran lets ISIS steal some nuclear knowledge? To do this at all, let alone before ISIS is destroyed, makes you wonder where Obama’s allegiance is.

That won’t happen. The ISIS are rabid Sunnis who have been murdering every Shi’a they can grab (like all those Iraqi soldiers). The Persians, of course, are Shi’a. The Mad Ayatollahs™ are not so mad as to let the dreaded Sunnis get nuclear weapons.