It’s spreading—but what is the Obama Administration doing about it? 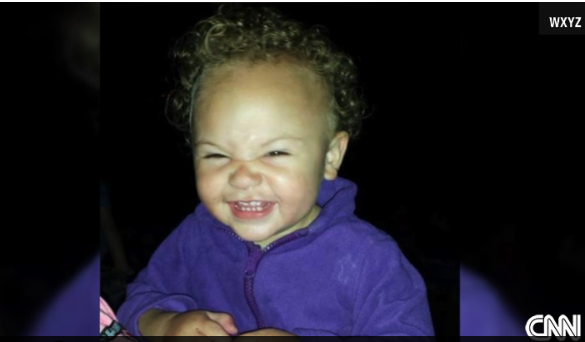 As the news of the first Ebola case contracted within the country rivets the nation, Enterovirus-D68 continues infecting our children.

Now it has claimed the life of a Michigan toddler:

A Michigan toddler has died of enterovirus D68, another reminder of the deadly potential of a disease that has infected hundreds nationwide in two months.

Madeline Reid died at Children’s Hospital of Michigan, where she had been transferred “for advanced services,” according to the Detroit hospital’s chief medical officer, Dr. Rudolph Valentini.

“The CDC confirmed EV-D68 after her arrival here, and she subsequently succumbed to her illness,” Valentini said.

A little closer to my home, there has been a jump in the number of cases recorded.

In Southern California, four cases were in L.A. County, three in Orange County and one in Ventura County, according to the California Department of Public Health. All 32 patients were identified as children ranging in age from a week old to 15 years old.

At least one of the California cases is being treated for the paralysis that is now a potential outcome of the infection:

“It is a virus that’s been circulating more than it ever has before,” said Dr. Jeff Pernica, infectious diseases specialist at McMaster Children’s Hospital in Hamilton, Ont.

“It may be slightly more severe than other respiratory viruses.”

Scientists are taking to the lab to figure out how the virus’ latest strain is different from previous strains, and why it is causing respiratory problems in children.

Physicians say they don’t know if the old virus has changed for the worse, or if children today are susceptible to its effects. They also don’t know whether EV-D68 is linked to a mysterious spike in paralysis cases in children.

“I really do think it is a marked increase incidence over what we expect to have happen,” Dr. Joan Robinson, an Alberta-based pediatric infectious disease expert, told CTV News.

What has the Obama Administration’s response to this outbreak been? So far, promoting hand-washing. However, it will be interesting to see if someone starts blaming the National Rifle Association for this disease…as is being done for Ebola:

Why is the NRA to blame? Because they successfully opposed President Obama’s surgeon general nominee–Dr. Vivek Murthy–in March 2013. Murthy wanted to treat gun violence as a public health issue instead of a criminal matter, thereby opening the back door for gun edicts that usurped the Second Amendment via administrative law.

When in doubt, blame conservatives. It’s the hallmark of progressive strategy.

I’ve seen maps showing how clusters of virus cases coincide with locations where the gov’t dumped the illegal kids from the border. Wondering if there is any validity to this – or just coincidence?

Well, it could be BOTH valid and a coincidence.

Could you please see if you can locate the maps and post links, as I’d be interested to see them.

Obama’s covert distribution of the illegals makes it hard to track. All I found was:

“The concern was raised in the summer,” he said of EV-D68. “There were two clusters of illness that were unusual – one in Chicago and one in Kansas City. It was a really sort of intense cluster of cases. A lot of children were showing up in the hospital with respiratory symptoms around the same time.
http://amarillo.com/news/texas-news/2014-10-10/3-cases-enterovirus-d-68-found-lubbock-children

If the spread is mostly in the Hispanic communities, that would seem to be an obvious clue. But I suppose it would be officially racist to let us see those facts. There are probably 1000 cases now, though not all are tested, and many present as just allergies. Unless the sicker illegals were sent mostly to Chicago and KC, it’s hard to see a direct correlation, at least without more details.

The Obama Doctrine is apparently based in his mentor’s phrase “God Damn America”. Obama cleaned that up a little and made it “Fundamentally Transform (racist white) America”. Manufactured crisis seems to be part of the game plan.

Amen to that: “Obama’s covert distribution of the illegals makes it hard to track”

I have a hunch that a whole nexus of Obama Admin and political correctness factors yet unclear will make this neo-polio and the bloody flus hard to track well. One is that in any major establishment in America the basic infrastructure people — maintenance, brown-shirt class are suffering from communication problems not just due to language, but more due to cultural differences. Some as simple as what does “yes” mean.

Liberalism’s attempt at throwing spaghetti at the wall and hoping it sticks.

oh … here is a lot on the correlation and even planning by Obama to introduce these illegals, and 0perhaps even anticipate them spreading the illness.

I guess this has more of the same, including some correlation maps.
http://theconservativetreehouse.com/2014/10/12/michigan-toddler-becomes-sixth-death-from-enterovirus-d68-ev-d68-while-alabama-toddler-clinging-to-life/

According the Collectivist calculus of quilt, even the death of ONE child is too many.

But that only applies to fundamental civil rights, I guess…

Did O import tens of thousands of illegal alien children into the USA with NO concern for whether they had been inoculated against childhood diseases such as measles, mumps, or POLIO, and assorted other diseases now attacking our little children? Is the enterovirus part of this wave of disease?