They’re circling the wagons–but will it be enough? 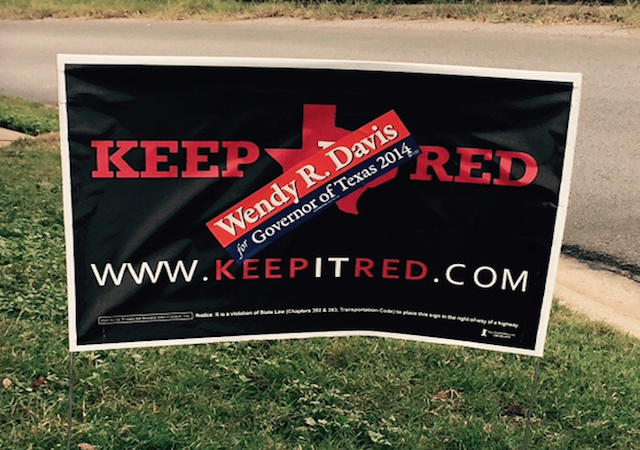 We’ve written extensively about Democrats’ troubles this election cycle, and how Republicans have reason to be confident (although not overly so) heading into Tuesday’s midterm elections. Most of the polling and analysis has focused on Republican chances to take the Senate, but recent reports show that Democrats are also scrambling to maintain their hold on key House and gubernatorial seats.

Analysts have never doubted Republicans’ ability to maintain their hold on the House, but Democrats’ spending in House races shows that even in normally friendly areas, their candidates are in trouble.

In one example, the Democratic committee has bought $99,000 in radio ads for eight-term Rep. Lois Capps in her Santa Barbara-area race against Chris Mitchum, the son of the late actor Robert Mitchum. The GOP candidate has relatively little money still on hand for his campaign — $96,108 — but the contest is considered close.

The committee also reserved $360,000 in air time for ads for first-term Rep. Steven Horsford in his central Nevada district north of Las Vegas after the Karl Rove-founded group Crossroads GPS made a late ad buy of $935,000. And In Hawaii, the Democrats are spending $200,000 on television ads and voter outreach for Mark Takai, who is locked in a tight race with former Republican Rep. Charles Djou in an open Honolulu-based district that Obama won with 70 percent of the vote.

In the closing days, the Democratic committee has invested $1.1 million in an effort to protect six incumbents in Georgia, Illinois, Minnesota, West Virginia and California.

With Obama persona non grata for many Democrats, former President Bill Clinton was campaigning in California on Wednesday.

“It’s a tough climate, it’s getting tougher,” Israel said. “It’s the worst climate for Democrats since 2010, but it won’t be 2010. We knew that this was coming and we prepared for it.”

They may think they’re prepared for a fight, but things aren’t looking good with regards to gubernatorial races, either. Real Clear Politics has classified just two races (California and New York) as “safe” for Democrats, and even their most high-profile candidate of the cycle is maintaining a slow and steady implosion.

In Texas, reports show that Democratic darling Wendy Davis is struggling to keep her head above water, with just $500,000 to work with in the last week of the cycle compared to Republican gubernatorial candidate Greg Abbott’s $13 million cash on hand.

Abbott is up more than 14 points on Davis, which may explain Davis’s comparatively empty coffers.

Democrats have a history of deploying formidable GOTV efforts—and have done so in this cycle—so the fact that Republicans have gained solid momentum over Democratic candidates is not insignificant. With just six days to go until the polls close, I would never tell anyone to breathe easy, but it’s worth the time to take a look at the cracks that Republicans have managed to knock into the walls separating safe districts from battleground districts.

No, they’re circling the drain. Or, in her case, the toilet bowl.

I think I’ll get pink tennis shoes for my dog to wear for Halloween.

Why do you dislike your dog?

Someone has said that the worst thing for the Collective is to let them have power for a while.

They can’t hide, lie, or pretend. Their intent is expressed in the real world, and it is disgusting.

After leaving the building where voting was taking place I did not see an army of heavily armed white-robed KKK members laughing maniacally. No African-Americans were being hung from nearby trees. Nowhere did I see any crosses being burned, or a public announcement that Jim Crow laws were now in effect. When I got home to my beautiful black African wife no police were there to arrest me for violating anti-miscegenation laws. There were no reports of a poll tax suddenly being levied to keep blacks and Hispanics from voting.

You know, I am beginning to think that media opponent of requiring an ID to vote might possibly have been exaggerating just a tiny bit……

Cook rates both MN-1 and MN-7 as Republican districts and both are represented by Democrats. MN-8 is rated D+3 by Cook but many of the union families who live there don’t have much use for the anti-gun, anti-mining anti-development position of the Democrats in the Twin Cities.

MN-8 is expected to flip because the one term incumbent is a stop gap candidate drafted out of retirement to reclaim the seat in 2012. MN-1 has proven to be a tough nut for the Republicans to reclaim, in part because it is a schizophrenic district. It includes the rural corn belt counties bordering Iowa but it also includes the southern exurbs of the Twin Cities, four college towns and the Mayo Clinic in Rochester. In MN-7 Democrat Collin Peterson is in the hardest fought contest he’s had in years.

When did Republicans become associated with the color “red”?

Red reflects left-wing ideologies, including Marxism, communism, socialism, and fascism. It reflects the murder of several hundred million people during the pursuit of empire by left-wing regimes through the 20th century. It reflects a loss of liberty through marginalization of morality that is displaced by authoritarian policies including redistributive change, “diversity” or denigration of individual dignity, and policies of selective exclusion or normalization.

Anyway, Davis, keep it red, abort, flush, abort! I wonder how many people seriously equate evolution following conception with evolution approaching death, and how do they perceive evolution in the interim. Human life is not the product of spontaneous conception and it does not begin at birth or an arbitrary point of viability. I wonder how many people would be aborted post-birth for failing to meet the viability criterion.

If my recollection is correct, it started with the Bush-Gore contest in 2000. It was a creation solely of the media of the day.

And if I remember correctly, they first started describing the liberal states as red and then changed it realizing the significance.

Gubernatorial races are so important because they correlate closely with Attorney General races and are thus our best shot ar cleaning up elections. Look what the DLF AG was able to do for Al Franken.

I voted on the first day of Early Voting on my Houston neck of the woods.

And I’m pleased to inform you that I gladly gave Wendy Davis and all of her Democrat friends the best “Go to Hell!”, accompanied b a nice middle finger.

Hey guys, I meant to tell y’all about this one ad I saw last week. It had sign on the Governor’s desk that said, with no explanation necessary, “Governor Barack Obama, TX.” It simply told everyone that if Wendy Davis becomes Governor, it’s as if The One Himself was.

I let out a hardy laugh.