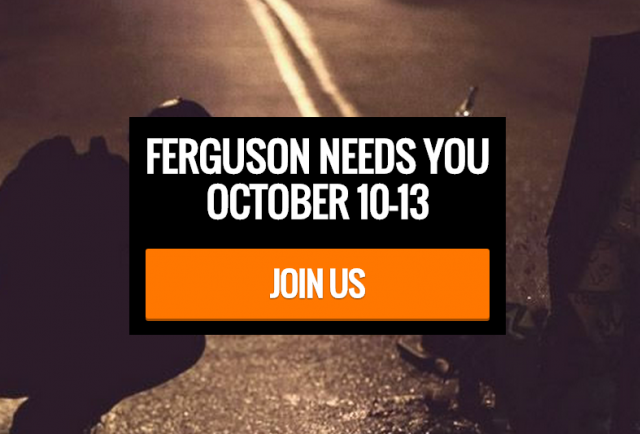 As if the situation in Ferguson, Missouri wasn’t bad enough, Code Pink has decided to join the riots and protests.

Code Pink infamously dressed as vaginas and paraded around the RNC in 2012. They also protested the maker of my favorite body wash, Ahava, (made in Israel), because it contains “occupied mud.”

More ominously, Medea Benjamin, the leader of Code Pink, just attended a gathering of anti-Israel groups, including notorious anti-Semites, in Tehran, as reported by Buzzfeed:

A number of American and European antiwar activists and conspiracy theorists have gathered in Tehran for a conference aimed at addressing supposed Zionist control of the United States, according to Iranian press reports and the Anti-Defamation League.

Code Pink chief Medea Benjamin, journalist and former Cambodian genocide denier Gareth Porter, conspiracy journalist and 9/11 truther Wayne Madsen, and PressTV contributor Kevin Barrett are all reportedly at the conference. Other reported attendees include Dieudonné M’bala M’bala, the anti-Semitic French comedian whose performances have been banned in several French jurisdictions, several Holocaust deniers, and former congressman Mark Siljander, who pleaded guilty in 2010 to being an unregistered foreign agent for an Islamic charity that the government said was connected to terrorism.

Capitalizing on the two month anniversary of the death of Michael Brown, Code Pink is among the groups organizing a Weekend of Resistance, and is equating Ferguson to Gaza:

October 9th will mark 2 months since Michael Brown, an unarmed black teen, was gunned down in the street by officer Darren Wilson. His body left in the hot summer sun to decay for hours before finally being peeled off the pavement and thrown into the back of an unmarked SUV. It will be two months since the people of Ferguson first took to the streets with their hands up, making it clear they weren’t going to take it anymore.

Across the globe millions watched in alarm and began expressing signs of solidarity as the Ferguson protests were met by an excessively militarized and brutal police response.

As tear gas canisters flew with force, fired by officers brandishing gear and protected by armored vehicles provided by the Department of Defense, so too did statements and offerings of support begin to rain in. Thousands of miles away, the commonalities were all too apparent, in Gaza.Twitter feeds began to fill with the messages of support from Palestinians who quickly identified with the experience of violently oppressive forces, racism and bigotry.

This Weekend of Resistance is meant to bring awareness to Gaza, Ferguson, and people who put their hands up in the air (emphasis theirs, not ours):

From the 10th to the 13th of October we will gather in Ferguson Missouri to stand with and support the activists of Ferguson, especially Hands Up United, as well as the Palestine solidarity contingent drawing the connections between these struggles. We will bring our fight to the doors of the prosecutors office, and the people of St. Louis County. We will break bread and build community. We will have difficult but necessary conversations and we will overcome dis-empowerment with understanding that the only recognizable feature of hope is action. 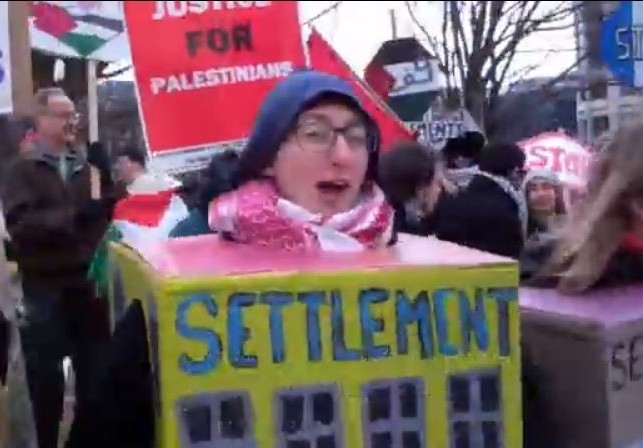 Part of a larger protest called Ferguson October, Code Pink has organized the following festivities for the Weekend of Resistance:

TBA: Panel discussion exploring the intersections of U.S. police practices and militarization around the world, including in Palestine. (With palestine contingent)

10am: March and Rally in Downtown St. Louis. (Kiener Plaza)

We expected no less from Code Pink.

Up next … the kitchen sink.

Jolly well time for the GOOD citizens of Ferguson to get some time to protest the scumbag looter destroyer protestors and agitators.

One of their members (a hard-working tax-paying citizen) was accosted by the savages on his way to work at the food bank one Saturday. They tried to frame him for fake injuries, dented his car, generally terrorized him and several other business owners. BTW – his name is Jewish. That really set them off.

They have constantly faked and fabricated grievances throughout all this time since the thug Mike Brown assaulted a police officer and would not surrender and ended up shot dead.

Have they dropped the “apartheid” angle to marginalize Israel? Surely they don’t believe that they can repeat the Left-wing/Mandela “solution” and murder their way to control Israel.

So Code Pink has given up the pure antiwar shtick in favor of trying to obliterate Israel?

That’s what it takes to reconcile diametrically conflicted positions and solutions. You have to abort several million human lives to save them.

Make love, not war. Make abortion, not life? The joke is in the paradox.

Won’t this look bad for breast cancer use of pink?

I see they are not connected to that, but lots who don’t research may very well think it is the Pink Breast Cancer fund raisers who are doing this!