Embedded below: Seven actual arrest warrants outstanding on parolee Charles Smith at time of his death 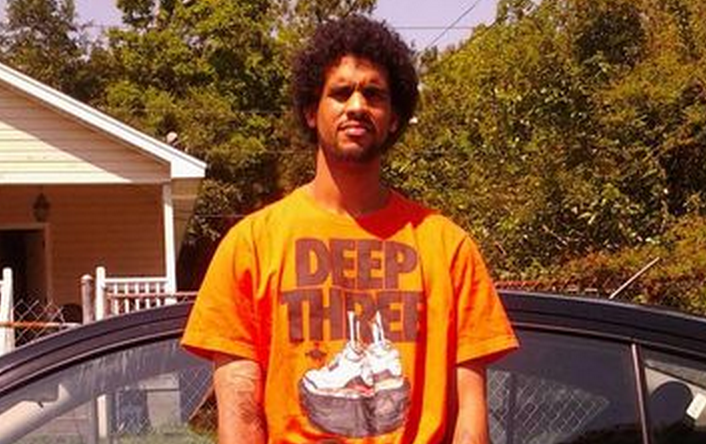 More information about the criminal milieu of 29-year-old, 6′ 7″ Charles Smith continues to dribble out of Savannah, GA, in addition to what we previously covered here Handcuffed GA Man Killed by Police Had Extensive Criminal Record just three days ago.

A brief report by WOTC news discloses that:

At the time of Smith’s shooting on September 18 he was on active parole in effect since July 2013 for an aggravated assault conviction in which he had pleaded guilty to pistol whipping a man in 2009.

On September 1 of this year (so, less than 3 weeks prior to his death), Smith was behind the wheel of a stolen car equipped with fake license plates.

On September 5, four days later, Smith ran from police when they tried to pull him over in the stolen Lexus, during which Smith both ran red lights and engaged in speeding.

Translation: Smith was a man known to police to have a proven history of engaging in deadly force violence, as well as to be dangerously non-compliant when confronted by authority.  Such knowledge would certainly go the Officer David Jannot’s reasonable perception of an imminent threat of death or grave bodily harm when confronted by the armed, resistant Smith.

In addition, copies of the actual arrest warrants for Charles Smith that were outstanding at the time of his death have been released.  For those of you (hopefully the large majority) who have never had the opportunity to see a real-life arrest warrant, I’ve embedded them below. They include seven–SEVEN!–warrants outstanding on a parolee for a variety of offenses including felonies:

40-2-5. Acquiring license plat for purpose of concealing identify of vehicle

And here are the actual arrest warrants:

Any word on what kind of candy he was carrying when he failed to obey that stop sign?

This entire case is a no-brainer. The ONLY reason this case made the news is because this vicious savage is black and the cop is white. More Eric Holder BS. he and his anyi-white headhunters should be stonewalled and told to go piss up a rope.

I’m from California. The same thing happens there.

This case reminds me of the case in Indianapolis where a suspect who was in the back seat of a cop car with his hands still behind his back pulled a gun out and shot HIMSELF TWICE in the head and died. Arresting cops had no comment.

Sounding more and more reasonable for the cop to have shot.

Yes, after all, he did allegedly acquire a license plate for the purpose of concealing the identify of vehicle. I mean, think of the paper-work saved by eliminating this master villain.

Hahaha, I bet there were even some days he didn’t commit any crimes at all!

Why were the cops harassing this poor citizen? Why didn’t they just leave this innocent child alone? I mean he only had ONE outstanding felony warrant, right? Don’t those cops have donuts to eat, or something? Sure, he was still on felony parole (third felony sentence in 9 years), but what’s a pistol whipping here and there, just young kids being boisterous. Stolen car? Heck, I bet if he’d asked the owner they’d have let him borrow it, nice kid like that.

Gee Andrew, if it weren’t for these types of cases – your book would be purely theoretical.

As long as there are humans attacking humans, and therefore humans defending against humans–in other words, for as long as humans have and ever will exist–the laws of self-defense will be non-theoretical.

The layers of editors and fact-checkers at WTOC could not be reached for comment.

Indeed, “parole” it is. Fix police on the way. I sure hope the post isn’t non-compliant. 🙂

Well he was driving a stolen car with fake plates, he might have been on patrol to, just not in the traditional sense. 🙂

pretty obviously he “was a good boy just turning his life around”, amirite?