For every one of these

For every one of these 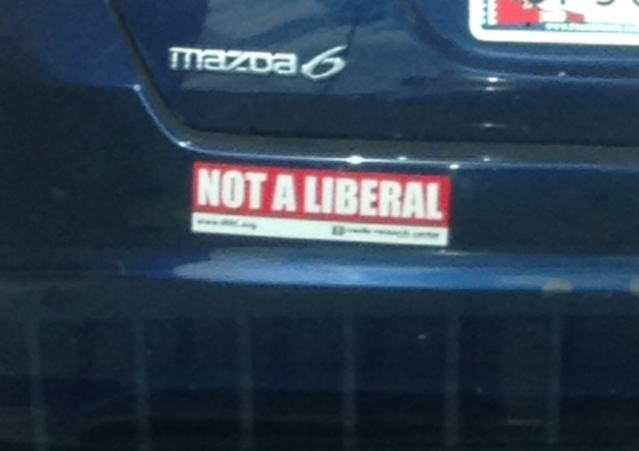 From reader and frequent photographer Ulises, a two part submission.

For each one of this you see in Maryland….

As a fellow denizen of the “Free State” I’m guessing the followup is “you’ll see two ‘Proud Liberal'” (or something similar) bumper stickers.

My thoughts as well.

Basically we face a rate problem. Is the rate at which people are learning (self-learning because the government schools are bound and determined never to do that)that government, while necessary, must be quite to a bare minimum if freedom is to prevail,

the rate at which liberals and their gimme constituencies are growing. I fear it’s the latter, and we’re being outstripped.

This guy voted for Obama and would do so tomorrow, and tomorrow, and tomorrow. The problem is that others, liberals, have made a mess of things, and now he’s being tarred with the name. People must understand that it is a misuse of the term, a misapplication, when used to describe him and Obama supporters, that it’s those other folks, the liberals, who are responsible for this mess; neither this guy nor Obama would have wanted or permitted things to get this bad. The liberals did it. Don’t we understand?