Gross stuff, but still no need to panic … yet 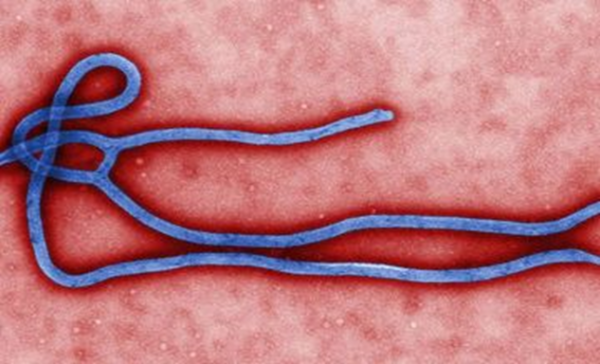 With all the crises we report on daily, it is easy to lose track of one….so, I thought it would be wise to review the situation related to Ebola, which was the American press panic flavor-of-the-month in August.

It looks like another American is heading toward the Emory University medical facilities for treatment:

A fourth American who contracted Ebola in West Africa was expected to arrive in the U.S. for care Tuesday and will be treated at an Atlanta hospital where two other aid workers successfully recovered from the disease, the hospital said Monday.

The other three patients appear to be recovering from their infections at this point. I suspect the quality of medical care here is still higher than in in West Africa (even in the wake of Obamacare). Koby Sebastian Spio-Garbrah, Global Managing Director at DaMina Advisors, indicates that the doctor-patient ratios may be key in predicting the spread of the disease:

An analysis of a basic global healthcare metric – doctor-patient-ratios – may be the key in helping identify the next most vulnerable West African states to the ongoing Ebola outbreak. Unsurprisingly, Liberia and Sierra Leone, which have remained the epicenters of the pandemic, have the worst doctor-patient ratios in West Africa, at over 86,000 patients-per-1-doctor in Liberia, and 45,000 patients-per-1-doctor in Sierra Leone. Nigeria, which has lately received a lot of media attention ironically has the best doctor-patient ration of any West African state and is probably the least vulnerable during this outbreak. Due to climatic factors connected to the epidemiology of Ebola, the northern arid West African states of Mali, Burkina Faso, Chad or Mauritania are unlikely to see any major outbreaks. However the tropical coastal states, whose porous land borders adjoin Liberia and Sierra Leone, remain very vulnerable.

A good video review of the situation comes from Paper News TV:

Perhaps the most disturbing development for Americans is that President Obama is sending our military in to help combat the epidemic:

President Obama said Sunday that the U.S. military will begin aiding what has been a chaotic and ineffective response to the Ebola epidemic in West Africa, arguing that it represents a serious national security concern.

The move significantly ramps up the U.S. response and comes as the already strained military is likely to be called upon further to address militant threats in the Middle East.

While the emphasis is on sending medical supplies, I can’t help but be concerned that our military has not only become “Meals on Wheels” but also “”Doctors Without Borders”, too. Given the deteriorating situation in the Middle East,recent Russian actions (including a bomber flyover off the coasts of California and Alaska), and China’s military build-up, I suspect that our military leaders might have vastly different priorities than our current administration.

Americans aren’t the only potential foreign carriers: Over 1000 Indians are being monitored, having recently been in areas with outbreaks.

Now some good news: Doctors just tested an ebola vaccine that worked in trials with monkeys.

The experiments by the US National Institutes of Health showed immunity could last at least 10 months.

Human trials of the vaccine started this week in the US and will extend to the UK and Africa.

Additionally, a virologist has recently found that many in West Africa are naturally immune to Ebola:

Although few medical experts realize it, part of the population in West Africa is immune to the Ebola virus, according to virologists who specialize in the disease.

Assuming they are correct, and if those people can be identified, they could be a great help in fighting the outbreak. Immune persons could safely tend the sick and bury the dead just as smallpox survivors did in the centuries before smallpox vaccine.

Now, if we could rapidly find a cure for Muslim extremist terrorism and Obama’s ineptitude, we would all be much better off.

Concern is not “panic”, Leslie.

Many of us are concerned that this disease…like AIDS…is being addressed in a PC manner.

Simple game theory augers against this.

Yup. And I still haven’t seen a reasonable explanation re how all these Ebola experts managed to get infected.

Couple that with growing distrust of declarations by this government, and you have a recipe for distaster.

In the medical world, we call this disease one that calls for WD-40. That is, if you have it, spray WD-40 liberally so that you can bend over an kiss your a– good-by. That is basically all that the medical people are doing. What is nuts is that we are bring people with the virus over here. That violates every tenet of infectious disease management. Then we are sending army medical units to the area. The only ones with good judgment are the armed militia keeping the people in their country.

I can only speculate, but it seems like the only reason to take that risk is because you have already surrendered the homeland to Ebola.

Perhps someone with better info than us decided that, considering all the diseases illegal immigrants are bringing across the border, it was a moot point.

People with immunity, and especially survivors of the recent outbreak, could donate blood that might be used to produce an immune response in compatible patients. At the speed and numbers these patients die, such an admittedly imprecise procedure would still be worthwhile.

All of which could be done by EXPORTING American medical technology instead of IMPORTING persons with the disease.

The first thing I’d do is contain. The Atlantic is a very good barrier.