Disparity of Force: Shooting and Killing an Unarmed Attacker

Disparity of Force: Shooting and Killing an Unarmed Attacker 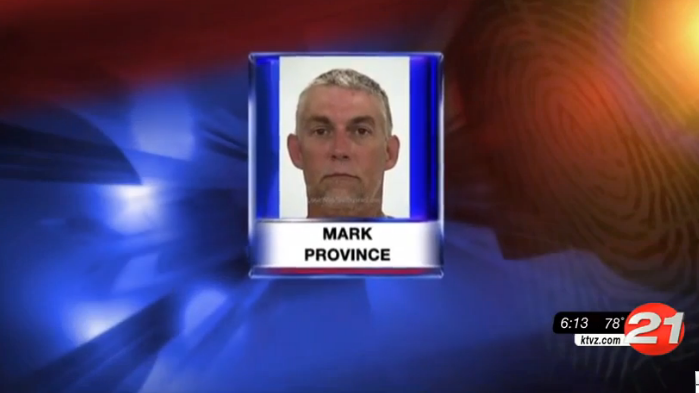 A few weeks ago I wrote a post titled “When can you legally use a gun against an unarmed person?”  That post discussed the self-defense law element of proportionality, with a particular emphasis on disparity of force, to explore (as the title suggests) when a gun could be used against an unlawful attacker even if that attacker was armed with no more than their bare hands.

Out of Oregon this past Monday comes a classic real-life example of exactly this scenario, in which one man armed with a .38 pistol shot another, completely unarmed man in the chest, killing him, as reported by local KTVZ News 21.  Although the matter has not yet been adjudicated, no arrests have been made and all witnesses are cooperating with the police investigation.  Further, the Sheriff leading the investigation has made public statements emphasizing the disparity of force between the shooter and the victim, strongly suggesting he considers the use of the gun to be justified.

The shooting victim was 45-year-old Mark Allen Province, a man long known to police for violent behavior, including past charges of domestic assault, just four months ago, and strangulation, in 2012.  It was also common knowledge that his violent tendencies were strongly increased when he was intoxicated.

Monday night came to his parents’ home drunk, kicked in their bedroom door, and assaulted them.  The mother hid in their bathroom and called 911 while the father continued to fight back against his son.

At some point the father managed to retrieve a .38 revolver and fire two shots, one of which struck his son in the chest.  The son would be pronounced dead at the scene.

On the issue of disparity of force, the Sheriff noted:  “I think Mark Province is 6-foot, 240 pounds, while the mom and dad are 72 years old and frail.”

In addition to the disparity of size and strength resulting from their near 30-year-age difference, there was also a likely disparity in fighting skill generally, as Mark Province was a man accustomed to and comfortable with using physical violence against others, and there is no indication that the defending father had any such reputation.

sad they had to put their son down, but he apparently asked for it – repeatedly

I would think he is protected by the Marvin Gaye clause of the appropriate statute.

Can you please expound on the “Marvin Gaye Clause”, this is one I am not familiar with. I realize that Marvin was murdered by his father, but not sure what that has to do with this case other than the obvious similarity of Father shoots and kills son. Gaye’s father did not shoot him in self defense, he murdered him, so I am confused.

Dead Marvin was coked out of his gourd and banging on his senile father’s door. Junkie got what he deserved and the old man saved someone else the trouble of killing that punk.

Actually, Marvin Jr. was in his bedroom and had been defending his mother from his father who was a drunk himself. He had kicked Marvin Sr. out of the bedroom, when Marvin Sr. returned to the bedroom with a pistol and without a word shot Marvin Jr. 3 times in the chest in a clear act of murder.

He told the court that he thought the gun either wasn’t loaded, had blanks, or BB’s in it, depending on the version he gave at what time. He also tried to say it was self defense, which is complete bull.

The only way he avoided a murder conviction was a plea deal for Voluntarily Manslaughter which the court accepted. He was given a suspended sentence and probation. Thankfully, before his appointment in hell the ex-minister who was a drunk cross-dresser who abused his children got to spend the next 14 years alone in a nursing home before dying of pneumonia.

Those pesky facts can be so annoying. Thanks for bringing a jar of them to this picnic.

No problem, I keep those jars right next to my can of “Good Old Fashioned Country A** Whoopin'” and my thimble full of sympathy. 🙂

Truly sad and I can’t imagine the grief and the pain of having to take such action against a family member, much less a child. That being said with the history of violence and his intoxicated state who knows what would have happened to the parents if the father hadn’t used the firearm, we could very well have been looking at a man on trial for murdering his parents.

Though the news report doesn’t expressly say it I am going to go with the thought that Dad did know who the attacker was when he shot since we are discussing prior knowledge of fighting ability it makes sense. Also, it must have been a brutal attack for a parent to go for a gun against his child.

The disparity here is clear, especially given the intimate knowledge shared between parent and child. Well known history of violence, made worse by intoxication. Age and physical disparity. Turning 40 really got me thinking about my ability to defend myself and the ones I love as I am getting older and have noted that I am less resistant to damage than I used to be. 🙂

In closing this comment, my heart and prayers go out to the family and especially the father. I can’t imagine having to live with being forced to take such action.

Couple of questions that you may or may not know the answer to at this point as I am sure details are still sketchy.

1: Dad fired 2 shots, was one of them possibly a warning shot?

2: Do we know if this was the sons first attack on his parents?

I’m afraid I don’t have any facts not contained in the linked story, and I don’t believe that story addresses your questions.

So Andrew, is that the longest way of saying “I don’t know” that you have? You must be a lawyer. 🙂

Ahh, but you have to remember that Andrew is a Consulting Lawyer now, I think that is like Step 9 of 12 for “Attorneys Anonymous” 😛

Countries like Australia that have outlawed most guns have experienced an increase in home invasions by violent but unarmed felons. Should we tell the weaker members of society that they must limit the force they use in their self defense to that used by their often younger, stronger and more numerous attackers?

@Freddie Sykes:
There is a not so small problem with your analysis as it concerns Australia.

A culture of self-defence with a firearm did NOT exist prior to the “gun buy-back” that saw so many firearms bought by the government and destroyed. Thus, this non-existent culture was NOT damaged by the buy-back.

Prior to the events of Port Arthur, which prompted the government of the day to impose the new restrictions, Australians were NOT able to possess firearms of ANY kind for self-defence. Restrictive licensing meant that ONLY sporting or job-related purposes were acceptable reasons to own a firearm. Self-defence was explicitly excluded as a valid reason.

Much as I would like to attribute increases in home invasions to the new restrictions, I cannot in good faith do so – there must be other reasons, as criminals never needed to fear an armed citizen prior to the changes to the law.

So, individual protection against attackers in Oz is the exclusive purview of the police?

What’s the typical response time, not in the outback where crime isn’t a problem, but in rural places along the coasts?

I just hope your Muzzies never decide to run amok.

Well, we now have anecdotal evidence that .38, as well as 9mmP are pretty good at getting the job done with just one round.

However, I’d still suggest continued shooting until the – reasonable – threat is stopped.

True, however you must have missed the part where the video says that he lived with his parents.

This is a very sad story. I feel so sorry for the dad having to put his own son down like a rabid dog.