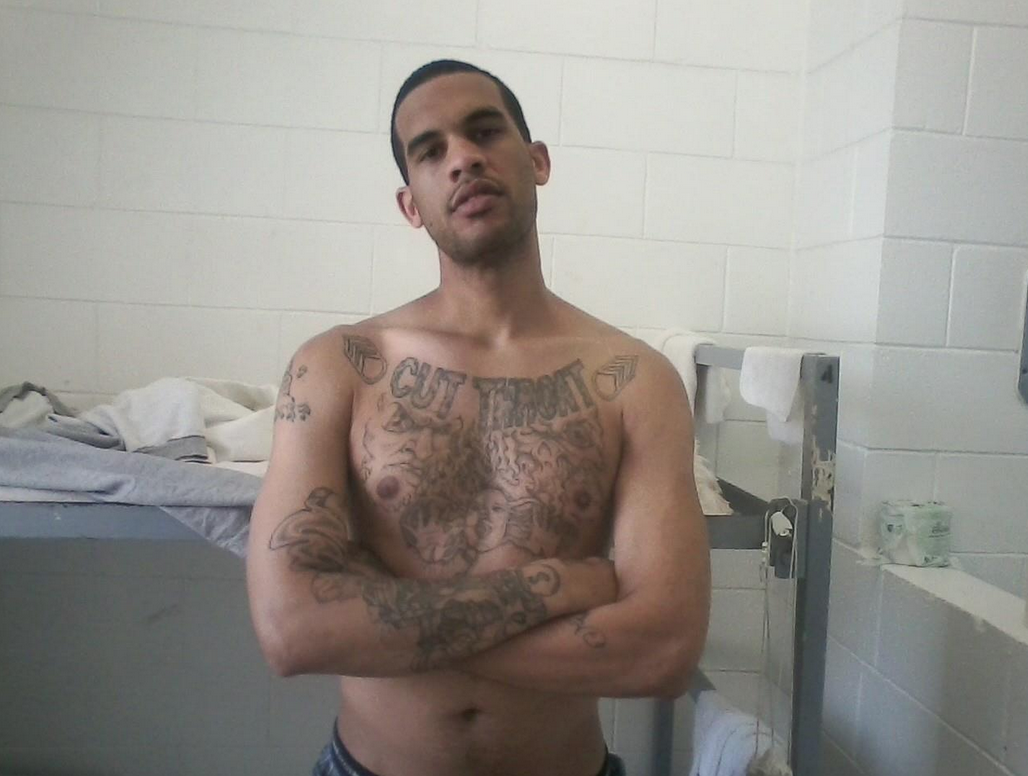 We have covered the recent shooting death by police of a handcuffed suspect in Georgia:

By now we’ve all heard expounded the major theme propounded by protesters that a handcuffed suspect could never present a danger of death or grave bodily harm necessary to justify the officer’s use of deadly force.

On Friday commenter MikeAT, who runs the very interesting blog A Cop’s Watch, was kind enough to provide links to a couple of terrible cases in which handcuffed suspects not only presented police officers with death or grave bodily harm, they actually killed them. Both cases referred to by MikeAT are drawn from the web site “Officer Down Memorial Page.” 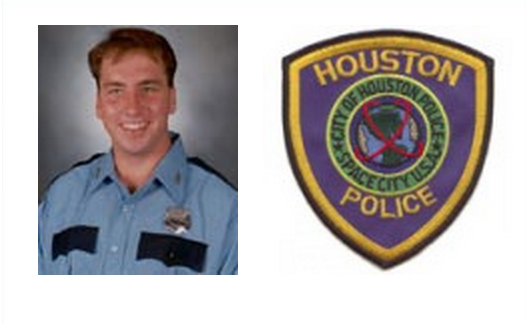 One of the prisoners had managed to conceal a gun and shoot Officer Gaddis twice in the back of the head. The suspect was convicted and sentenced to death. He was subsequently executed on January 22nd, 2014.

Officer Gaddis had served with the Houston Police Department for 2-1/2 years and had previously served with the United States Army during Desert Storm. He was survived by his expectant wife and parents and is buried in South Park Cemetery, Pearland, Texas. 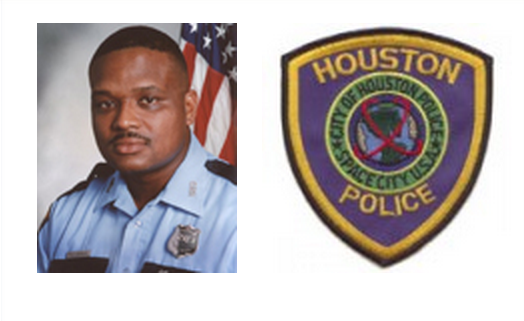 Officer Rodney Johnson [40-years-old]  was shot and killed after taking an illegal alien into custody during a traffic stop.

Officer Johnson had stopped a large white pickup truck occupied by a man and woman on Randolph at Braniff, just south of Hobby Airport, at about 5:30 pm. He placed the male driver under arrest after he was unable to produce a drivers license. After handcuffing the male, he placed him in the backseat of the patrol car and then returned to the driver’s seat. The subject, while handcuffed and sitting in the backseat of the patrol car was able to move his hands to his front, retrieve a concealed handgun, and shot Officer Johnson in the back of the head four times. Despite being fatally wounded, Officer Johnson was able to push an emergency button, alerting dispatch to the incident.

When other officers arrived, the male was still handcuffed and sitting in the patrol car, and the weapon was recovered. The woman who was in the vehicle during the traffic stop had fled but was also located and taken into custody.

Officer Johnson was taken to Ben Taub Hospital, where he was pronounced dead.

Both of these cases happen to come from MikeAT’s locale, Houston, but one suspects that if Houston has two such cases we can be certain the number nationwide amounts at least to scores.

Sure enough, even a cursory search of the the “Officer Down Memorial Page” came up with many additional examples of officers killed by handcuffed suspects.  I share just a few more here. The one immediately below is eerily reminiscent of the Charles Smith case. 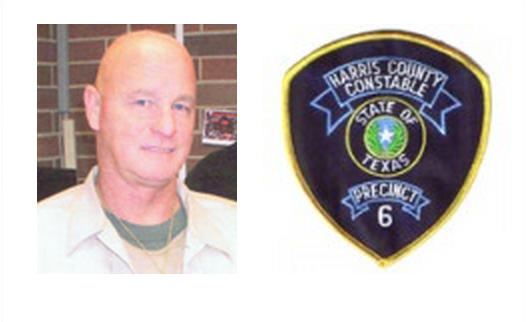 Despite being critically wounded, Corporal Thielepape returned fire and killed the suspect.

Corporal Thielepape was transported to a local hospital where he remained until passing away without ever fully regaining consciousness. 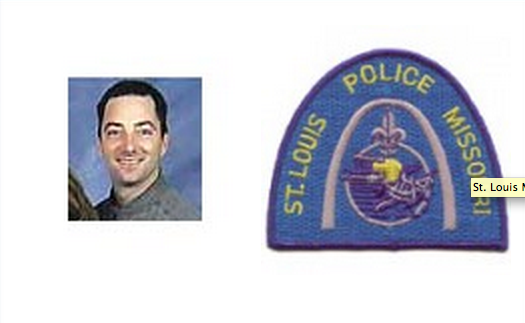 Officer Stanze [29-years-old] was shot and killed while arresting a suspect wanted in a shooting of another officer.

Officer Stanze and another officer had handcuffed the suspect and placed him in the back of the cruiser. The suspect then drew a handgun he had hidden and opened fire on the officers while they were standing outside. Officer Stanze, who was wearing his bullet proof vest, was struck in the side and the round entered his torso between the two panels. The second officer returned fire, wounding the suspect.

In December, 2001 the suspect plead guilty and was sentenced to life. 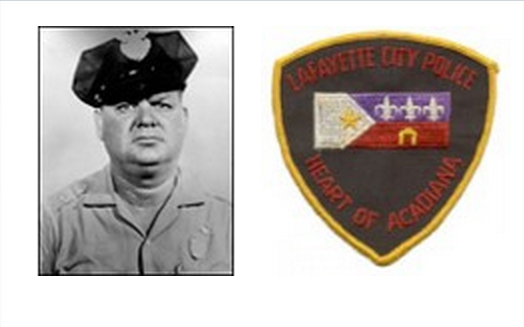 Patrolman Burch [48-years-old] was shot and killed by a 17 year-old youth he had arrested for running a red light and driving a stolen car. The suspect, handcuffed and in the back seat of the patrol car, produced a .22 caliber pistol and shot him three times in the back of his head. The suspect was apprehended at a Lafayette motel later that night. 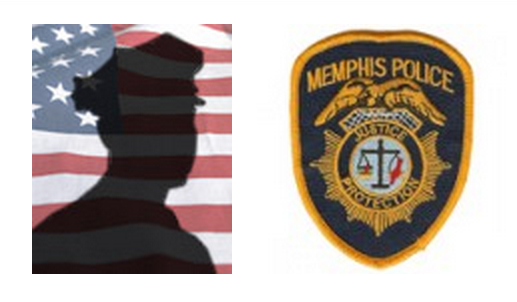 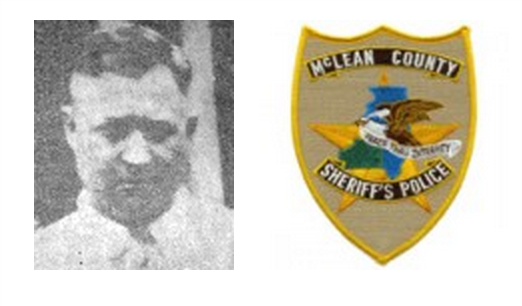 Deputy Adams [42-years-old] and a DeWitt County deputy went to a grocery store at 1410 South Main Street in Normal at 8:30 am to arrest a subject on charges of contributing to the delinquency of a minor and for the robbery of a restaurant in Clinton in DeWitt County. The subject had recently eloped with the grocery store owner’s 16-year-old daughter to Indiana to marry her and attempted to see his wife at the store the night before, causing her father to seek the warrant.

Deputy Adams was transported to St. Joseph Hospital in Bloomington where he succumbed to his wounds nine days later after developing septic pneumonia.

I’m more interested in the spate of criminals committing suicide in the back of police vehicles while handcuffed behind the back.

Seems common sense to me that the police should maybe frisk a suspect after cuffing and before turning their backs on said suspect.

The protests are legitimate because police aren’t accountable. Seven incidents in 100 years — five of which supposedly involve officers failing to disarm someone before detaining them — don’t excuse mistreatment of handcuffed detainees.

Get back to us when you have a job that makes your family pray that you will return from it after your shift is over.

Criminals have sob stories too. Maybe they shouldn’t be held accountable either.

Such as farmers, ranchers, construction labors, fishermen, loggers, roofers, pilots and flight engineers, to name a few that have higher fatal injury rates higher than police and sheriff’s patrol officers.

Oh, so because they missed the weapon it is alright that someone killed them, got ya there peanut. Were you born this way or did you take lessons?

You seem to be catching onto this handcuffed suspect with a gun being a true threat that you don’t wait to see what he’s going to do after he’s kicked out a patrol car window and has a gun in his hands (not between his teeth, in his armpit, or between his feet or knees).

Really? So those protestors are all sharp as razors and there’s no way any of them, or you, would shoot some SOB who was under arrest, just kicked out a window and had a gun?

What a load. You are truly, truly stupid.

My view is probably, with what we know so far, the decedent was a major detriment to society, already a 3 time loser before 30, with a bunch of kids from multiple women, that the state was already supporting. If anyone else is to blame, beyond his parents, it might be the judges who let the guy out.

Keep this in mind – a person handcuffed in the back of a police car is likely committing attempted murder by merely pulling the gun, and, it most likely justifies the legal use of deadly force against him by reasonably threatening imminent death or great bodily injury. At that point, the only reasonable use for him having that gun was to shoot his way out of custody.

So, no, I don’t think that the protesting is justified. Rather, I think that this is a reminder that there are dangerous monsters out there, who will terrorize the citizenry and commit crimes of violence until stopped.

Cops have a tough, and often thankless job. They don’t know what they’ll be walking into from one call to the next. Some even face abuse such as this: https://www.youtube.com/watch?v=fqymcJRSbxI

What you say is true, and I’m generally on their side, but some of them can be real fascist jerks, too. And some of them are dumber than a bag of hammers.

But a good officer provides a tremendously valuable service to the public and should always get the benefit of the doubt until hard, cold, verified facts show malfeasance. Until then, they deserve respect and appreciation.

“The suspect was an illegal alien who had been deported in 1999, but illegally reentered the United States. On May 8, 2008 the suspect was convicted of capital murder.”

Where is this perp now? Hopefully, he’s already been executed.

He’s a foreign national, so that can’t happen anymore. The State Department would probably have never allowed his case to go to trial as long as the death penalty was on the table.

Per Wikipedia, Johnson’s murderer, Juan Leonardo Quintero, pleaded not guilty by reason of insanity, but was still sentenced to life in prison.

They didn’t have a stun gun?

So how did the dead officer throw the extra gun on the suspect? I mean, that’s what they tell us happens when an officer shoots a suspect who turns out to be armed, right? So now officers are taking that gun, shooting themselves, and with their last breath, dropping it on the suspect?

BTW, many years ago, I recall reading in the old Daily News Magazine that NYC police officers are supposed to carry two weapons, one open carry and one concealed. I assume both are registered to the department. Some were kept in interesting places, which makes one understand how a frisk could miss a weapon.

I don’t know, I will withold judgment on this incident until I know more. Can I see a boyhood photo of the victim…..maybe 12 yr old communion photo please? We need a few quotes from his Mom about what a sweet boy and gentle soul he was. What were his aspirations? Did he like puppies and kittens? And most importantly, how did he feel about Skittles? The Press is really dropping the ball on this one!

You forgot to mention higher music endeavors, like being a very talented burgeoning rap star.

Thanks, Andrew Branca, for another thorough, eye-opening article. We couldn’t get through and understand these bizarre times and trials without your expertise and insight.

Andrew, thank you for the link, I had a mini blog surge!

Something to add to your post here. I’m currently a jail supervisor and it’s amazing how well suspects can hide objects on their body or in their clothes. Late last year we had a suspect get into jail intake and he asked to get use the restroom. He walked in and out and sat down. The next prisoner went in and then walked out with a snub nose 25. Needless to say we got excited and everyone involved with this prisoners (all the officers who searched him, the jailers who searched him, etc) went through retraining. And the bad thing is we knew he put it in there but couldn’t prove it. Change in policy, whenever a prisoner wants to use the facilities a jailer much search it before and after.

We occasionally find knives, crack pipes, and needles on a suspect who should have no weapons on themselves. Routinely we find small amounts of narcotics. In one case a suspect who’s shoes had been taken off and searched was taken into intake. It was the second jailer who found the crack that was under his shoe insert.

Fortunately we haven’t had an injury do to this, but that gun was a serious slap in the face. Cops and jailers are alike in one way, we can get complacent. And it can cost a lot. See Gaddis, Johnson and the others you listed.