9 month DOJ probe not finished, but coming up short so far 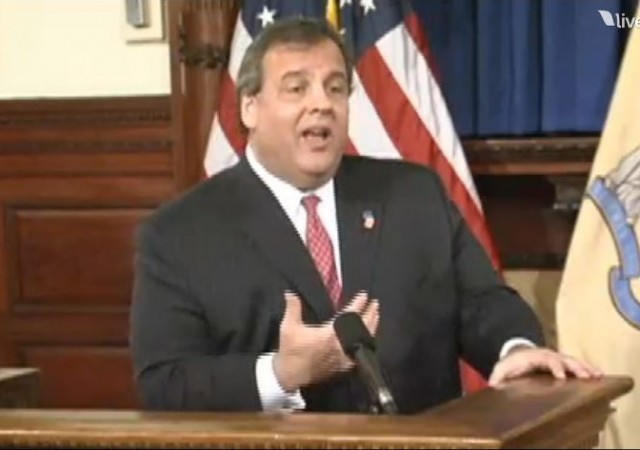 “My experience with federal law enforcement is that once you reach critical mass if you don’t have it within nine months or so you’re not likely to ever get it,” former federal prosecutor Robert W. Ray said.

When the final report is issued, Christie may still face complications from the scandal, said Lee Miringoff, Director of the Marist Institute for Public Opinion

“That’s good news for him,” Miringoff said. “The bad news remains that politically as chief executive it looks like he was not in control of his administration at the time when this occurred. So that remains the downside for him. That doesn’t go away but this panel provides greater credibility barring any further revelations coming out.”

I did a flash poll of 10 friends who are politically involved, and not one of them could remember the specifics of Bridgegate. They vaguely remembered something about lane closures, Chris Christie, and a staffer who may or may not have sent an e-mail. If this completely scientific poll is representative of even half of the small percentage of primary voters, Christie’s opponents are going to have an even harder time turning this nothingburger into a legitimate Thing.

That’s not to say they won’t try.

When Bridgegate first broke, the left went into a collective (coordinated?) meltdown. Closed lanes! Conspiracy! DRAGONS! Even Bill Maher gave up on the left’s ability to talk about the situation without having to breathe into a bag midway through the monologue. Daily Kos bloggers begged MSNBC to stop obsessing over it. It was punditry as punishment–we would be made to lean in!

It would have been more, but MSNBC’s Chris Hayes previously had planned an 8 p.m. special to discuss the 50th anniversary of the war on poverty. Hayes did return for a live 11 p.m. show, where he spent all 41 minutes of programming discussing Christie.

Excluding Hayes’ 8 p.m. special, MSNBC anchors spent only 30 minutes over seven hours Monday night talking about anything other than Christie. (About 20 minutes of each show is commercials).

Al Sharpton and Lawrence O’Donnell both devoted their entire show to Christie.

Rachel Maddow even invented a fever dream conspiracy to justify dragging the race card into it:

Someone might want to check on poor Rachel tonight. What a blow!

It is “warfare” and they are after Perry, Christie and Walker. We need to punch back twice as hard.

Personally I’ve had quite enough Crispy Creme. His fellating of Obama in 2012 was a bridge too far.

I agree. I momentarily liked his “in-your-face” style when he fist took office. But he proved himself to be a RINO before he ever did the down-low on obamullah. He gave new meaning to “blowhard”. That was the last straw for me and most conservatives.

And when they successfully crucify him on a false charge, they will be stronger and more empowered – and their next target may be someone you like.

Or, you could just hate false allegations, no matter who the victim is.

it’s no different than what was done to Herman Cain. Americans seems to like and believe ‘Lies.’ Dems always use it to their advantage . Party of Stupid never fights back !!

The ‘big lie’ that I’m more concerned about is the one where, once again, the media are trying to choose the Republican nominee through their distorted and selective coverage. And as always it is some prog-lite candidate…they are scared to death of a real conservative.

I do agree with you that the bridge-gate thing is BS, but that is small potatoes and was never going to kill him….people in NJ like them some vindictive pols.

Remember that Christie had risen to the “top of the polls for 2016” at the time, if only with support in the low-middle teens in a crowded field (none of whom have declared even now). That’s why they made the scandal about him, even when the guilty ones came forward or were found out and resigned.

I’m no fan of his, but if they can destroy him with lies so easily, it will be no trouble at all for them to deal with little old me. So I must stand up for him, it was a travesty.

And while at least one top aide was involved, it is a fact that such dirty tricks and paybacks are the norm in Jersey – which is why so many assumed Christie was in on it.

No evidence? Not even probable cause? This seems like a civil rights violation, with the civil rights businesses notably missing.