Ad implores women to break up with Obama

Ad implores women to break up with Obama 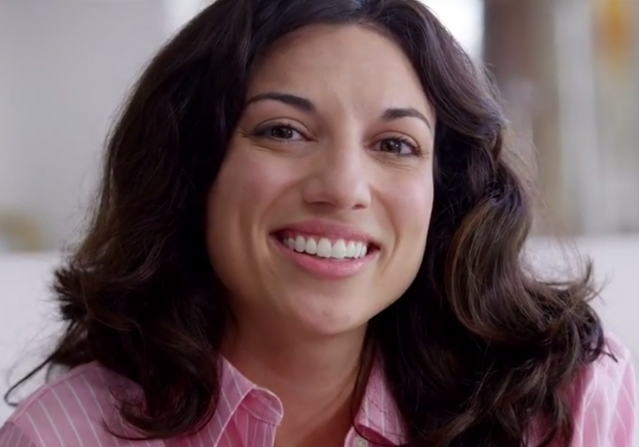 This one made me chuckle. Staged as though Obama is her boyfriend, the ad shows a woman betrayed by President Obama’s promises.

“In 2008 I fell in love. His online profile made him seem perfect. Smart, handsome, charming, articulate, all the right values. I trusted him. But by 2012, our relationship was in trouble, but I stuck with him because he promised he’d be better. He’s great at promises. He told me we’d be safe. Have you looked at the news? He’s in my emails, text messages — spying on me but ignoring real threats. He said that we’d finally get on our feet financially. I’ll never pay down what he spent.

And the money line:

He thinks the only thing I care about is free birth control, but he wont even let me keep my own doctor. I know I’m stuck with Barack for two more years, I get that, but I’m not stuck with his friends. I’m looking for someone who gets that it’s not about him, it’s about us.”

Ha, linked: ‘Breaking Up with Barack — And His Friends!’

This is a joke, right? Clickbait?

As Humphrey said in 1968 on the floor of the Democratic Convention in Chicago: “This is your America.”

And I am so mortified to have to share it with people who have no sense of modesty or propriety.

RE the advert: Good luck with that. I think most young women are too purposefully ignorant or greedy to care and do not want to change.

Break up to make up?

What kind of real human beings still watch TV? I mean, who exactly sees these kind of ads, and in what marketing context (that is the microenvironment physically and psychologically of the patsy, oops, I mean target subject, of the marketing campaign) is the “ad” seen?

I know her. We all know her. The woman who whines and complains about her douchy boyfriend. Then grabs on to another loser a month later. And another after that one sours. And another. Then another.

“But Momma, he’s got magic hands.”

Too late Baby. Elections have consequences and you should see people as they are, not as you want them to be.

I’m seem to remember something like this was done years ago – but the more the better.

But I still like the ad. Love the slight “multi-cultural” ethnicity look of the actress. Heh. Pretty funny.

But what she should really be saying is that, as a result of her stupidity, she’s given up voting and so should all the other dumb broads who voted for obamullah. She should be advising obamullah voters to just put down the pipe and step away from the temptation to ever enter another polling booth.

There should be a fade-out at the end with her putting on a burka while saying “Voting is not for women.”

He cannot be elected again so this seems pointless on the surface… I believe that what they are doing here is attempting to get everyone “Ready for Hillary” or Elizabeth Warren.

“his friends” – the Senate.

If only the dumb broads would listen to ME about what I decide is important to them! Since they don’t, they’re stupid sluts and probably lesbians.