Sunday: Will banned March for Federalization of Siberia happen?

Sunday: Will banned March for Federalization of Siberia happen?

Interesting because it highlights Kremlin’s hypocrisy and suppression of free speech, not because it’s likely to draw large numbers. 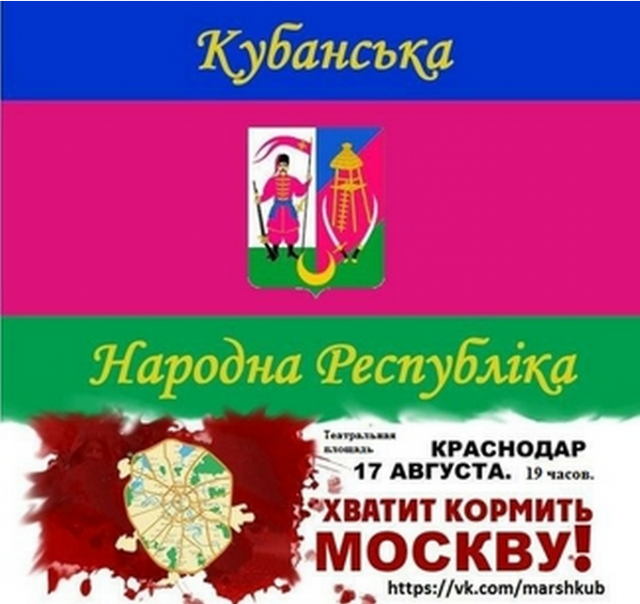 A march for Federalization of Siberia is planned for August 17 has caused a Moscow “freak[] out”:

Type the Russian words федерализация Украины (federalization of Ukraine) into Google and you will see over a million results — many coming from Russian state news agencies and most dating from earlier this year, when Moscow responded to a change in government in Kyiv by annexing the Ukrainian peninsula of Crimea and backing a pro-Russian separatist movement in eastern Ukraine.

Now go to the Russian version of Google News (news.google.ru) and do an August 1 search for федерализация Сибири (federalization of Siberia). Click on any of those links and you’re likely to get a 404 error.

For months, Moscow has applauded a separatist movement in eastern Ukraine as a justified quest for “federalization.” But when word spread of a planned August 17 “March for the Federalization of Siberia” in Novosibirsk, Russia’s third largest city, the country’s Internet monitoring agency took a less approving stance.

The agency, Roskomnadzor, demanded that the page promoting the march be shut down (it is still visible outside of Russia), but it did not stop there.

It ordered Slon, one of a small number of independent news sites in the country, to take down an interview with the march’s organizer, claiming that the website was participating in the “dissemination of information about preparation for unauthorized mass events under the banner of infringing on the territorial integrity of the country.”

It ordered the same of the BBC Russian website, which also had an interview with the organizer, a Novosibirsk-based artist named Artyom Loskutov.

The British-funded international broadcaster has agreed to edit the text in the article associated with the interview but has said it will not take the recorded segment down.

Siberia is a resource-rich region, and the rally is going to be held under the banner of “Enough feeding Moscow”.

I doubt that this movement is popular one.  Putin’s approval is currently sky high, mostly because of the Ukraine/Crimea business.  Many Russians pine for the days of former glory and want to resurrect the Soviet Union.

Young people who never saw USSR (or at least don’t remember it) are especially prone to Soviet nostalgia.  What’s interesting to me about the attitudes of that youngest subset of Russia’s population is that this youngest generation is the most ethnically diverse.

That the rally was planned, is not to say that it’s going to happen.  Novosibirks City Council appeared to had banned it.   Yekaterinburg had banned it as well, but the organizers plan to move it to a different location.  But, what do you know, there is a march planned near Kiev, Ukraine.

Other regions of Russia to watch is the Baltic enclave of Kaliningrad and the south-west Kuban on which Ukraine has its own designs.

[Featured image:  A poster for the march for the federalization of Kuban to be held on August 17 via The Interpreter]

A march across Siberia would be the go . Perfect timing with winter coming on .

The day Russia looses Siberia is the day she looses Russia. ChiComs want Siberia. I wonder if they are behind this, more active measures. They just signed energy and currency agreements with Russia, good time to drop the other shoe, perhaps?

Ah but then the strategically placed Jewish Autonomous Regions would be in the line of invasion.

Not sure China wants the Uber- Anti – Semitic tag nor Genociders. They have more experience of Jewish Communists than commonly thought. They study history intently & are very loyal to those they consider instrumental to modern China .

The organizer of the Kuban march, herself from Western Siberia, is reported to be arrested on trumped-up charges:
http://mirror24.graniru.info/Politics/Russia/activism/m.232122.html