By the time the truth comes out, the lies will have traveled several times around the world. 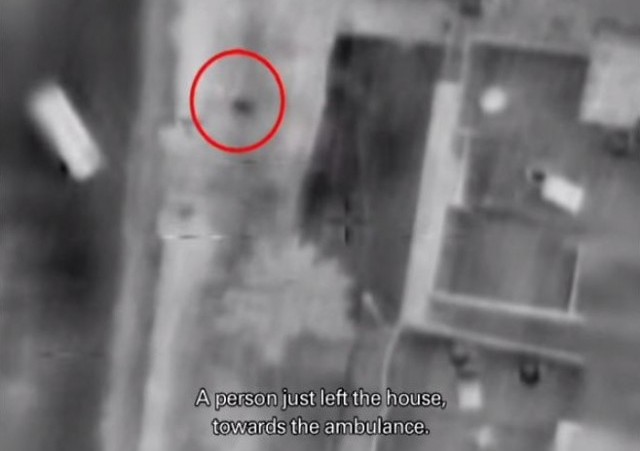 We’ve been here before.

The Jenin Massacre that wasn’t.

The Pallywood industry of deception.

And a Western media that laps it all up without question when hostilities are active, and only in some cases bothers to look back later as the facts come out.

In the current Gaza conflict, one of the biggest talking points, repeated endlessly by the media, anti-Israel groups, “human rights” groups, and the U.N., is that only a tiny portion, maybe 15% of deaths, were Palestinian combatants. That numbers game was put into play not by Israel, but by those against Israel.

It’s morbid to engage in these body counts, but it is the Palestinians and their advocates who put them in issue by claiming that the ratio of civilian to combatant deaths constitutes proof of a war crime. It doesn’t, as disproportionate force is more than a number count, but in the public relations realm it matters.

Slowly, as in past conflicts (including in Lebanon 2006), that statistic will be revealed to be a lie. That civilian deaths are a result of rockets launched from civilian areas is only part of the story.

The Washington Post, to its credit, has two articles at least presenting the possibility that the media has been manipulated.

As of Monday morning, the widely cited Palestinian Centre for Human Rights said that 1,888 Palestinians had died in Gaza since the Israel Defense Forces began the current military campaign July 8.

But that estimate is fraught with an important sub-issue: How many of those killed are Hamas fighters, compared with civilians? There are also questions about how people have died, whether from Israeli airstrikes and artillery barrages or by other means, such as errant rocket fire from within Gaza by Hamas itself.

The PCHR said 84 percent of those killed in Gaza were civilians; Israel sharply disputes this figure. An Israeli government official, who spoke on the condition of anonymity, said about half of those killed have been Hamas combatants, and the number could rise once Israeli intelligence sources vet all of names of those killed. This higher figure is consistent, he said, with what Israeli officials found in after-action investigations into Israel’s two most recent operations in Gaza, in late 2012 and in 2008-2009….

A pro-Israeli group, the Committee for Accuracy in Middle East Reporting in America (CAMERA), last month analyzed two weeks of casualty data released by the PCHR and found that 57 percent of the dead were males between the ages of 17 and 39. While it’s unclear whether these men were actually militants, the disproportionate number of young men of prime fighting age suggests that there may be more combatants among the dead than PCHR and other organizations have acknowledged, concluded Steven Stotsky, a senior analyst for CAMERA.

In A reporter explains what it’s like being trapped in the Gaza propaganda war, WaPo examines the Israeli media operation, and how Palestinians manipulated the media by setting up scenes for photographers:

I had just arrived outside the shattered remains of a large mosque in central Gaza City last week. It had been pulverized by an Israeli airstrike. There was rubble, glass and metal everywhere. But on a patch of ground in front of the structure, visible for everyone to see, was a small, dusty carpet.

On top lay piles of burned, ripped copies of the Koran, Islam’s holy book. The symbolism was obvious, almost too perfect. It was clear that someone had placed them there to attract sympathy for the Palestinian cause. A television crew spotted the pile and filmed it. Mission accomplished….

In Gaza, it’s a different kind of manipulation, more raw, more visceral, and yet at the same time, more subtle than Israel’s media machine.

Take the attack in the Beach Camp neighborhood of Gaza City last week. Hamas militants blamed an Israeli strike; Israel declared that Hamas accidentally fired a mortar into the neighborhood. Children had died.

In the middle of the road, where the kids were killed, was a small pool of blood. At first glance, it evoked a sense of sadness and outrage. As I looked closer, I noticed a child’s slipper in the middle of the blood. The slipper was intact. There were no bloodstains. And next to the slipper, a black plastic toy gun.

Again I noticed a television cameraman drawn to this powerful image. I moved on.

We have examined this Shoe Fauxtography before, years ago, Abid Katib – Palestinian Shoe Fauxtographer?, in which pristine, brightly colored children’s shoes miraculously appear in photos of charred ruins. 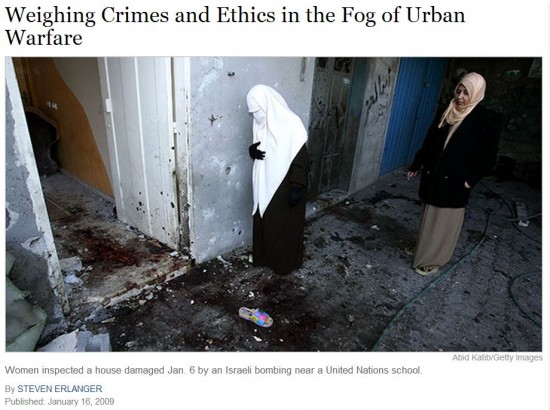 The truth will come out, as it always does, but by that time the anti-Israeli lies will have traveled the world many times. And will be as engrained in the public debate as the supposed Jenin Massacre.

If there were zero Gazan casualties they’d pull a number out of their ear and make one up where it would be happily lapped up as Gospel by CNN et al. Just so we’re clear – these are the same people who condemned Jews as racists for NOT raping Arab women.

If Israel’s happiness is dependent upon winning the media war, they can save themselves the trouble as they have already lost. Being anti-Israel is a requirement in the media. If you don’t believe it, you have to fake it, or risk your career.

Life is cheap on the left. From bombs to human shields to abortion to eugenics and euthanasia, to promoting dangerous sexual lifestyles to children, to genocides, rape, slavery, kidnapping, forced genital mutilation, beheadings, crucifixions, the left is a culture of disease, oppression, and death.

Moloch worship was practiced by the Canaanites, Phoenicians, and related cultures in North Africa and the Levant.

All the left’s favorite practices are involved in this family of deities.

No wonder G-D called Abraham out and away from his father’s gods.
No wonder G-D was angry when Aaron made the golden calf.
No wonder G-D is angry with the Western allegedly civilized nations because of abortion, eugenics, euthanasia, adultery and homosexuality.

In the Bible, whenever the children of G-D fell back into the worship of Ba-al and Moloch, G-D used Assyria (Egypt, Babylon, etc.) as a rod of discipline (see Isaiah 10:5, Isaiah 31:8-9) Also see Leviticus 26, particularly verse 17.

Sorry about first link. Here it is:
http://en.wikipedia.org/wiki/Moloch

The WaPo reports on this – that’s good. But, unfortunately, they still are fundamentally wrong on the facts, as illustrated by the first sentence in the first article excerpt:

As of Monday morning, the widely cited Palestinian Centre for Human Rights said that 1,888 Palestinians had died in Gaza since the Israel Defense Forces began the current military campaign July 8.

Israel didn’t “begin” a “campaign” – they returned fire in defense as Hamas’ rockets, from Gaza, rained down on their civilians. Fundamental facts are crucial. They got that fundamental fact WRONG.

The WaPo still has a long way to go to gain credibility, IMHO.

The WaPo piece is designed to shield the media from criticism. But they haven’t been “fooled”, they know exactly what they are doing – spreading propaganda against Israel.

And there’s nothing you can do for those people. No truth or reality will penetrate. Which is why you still have people who support Pres. ScamWOW.

So you tell the truth for those who are not voluntary morons, as we do every day.

And you also tell the truth for the sake of the truth.

I saw CNN had a report this morning live from Gaza showing the destruction and bloodshed. I waited to see the companion piece live from Israel but it never came. Instead Carol Costello ran down the Gazan casualty report since the “Israeli offensive” began. Then they put on a Muslim reporter who talked about the suffering in the Gazan neighborhood that had been “bombed” by the Israelis.

Contrast that with Sean Hannity – who travelled to Israel and did reports from the tunnels that Hamas had built. It was amazing how sophisticated the tunnel construction was. All leading into Israeli towns. So far, that’s the only story I have seen where the reporter actually showed the tunnels in depth.

I have been trying to persuade the San Diego Union-Tribune to pay attention to the bias in the stories it carries from sources such as the AP.

Today they carried a story by Bram Janssen and Sameer N. Yacoub about the fighting between ISIS and the team of the Kurds and the Iraqi government. The article did not name ISIS. They were “militants” and “fundamentalists” in the headers, and deep in the article, “Islamic State.”

It was presented in such a vague manner as to obscure the identity of the Kurds’ and Iraqis’ common foe. This was surely purposeful.

On the bright side , the concentration limit in the west is no more than 2 weeks . They will be moving on to another ‘outrage’ soon enough.