No, this is not a photo of women being sold in Mosul

No, this is not a photo of women being sold in Mosul 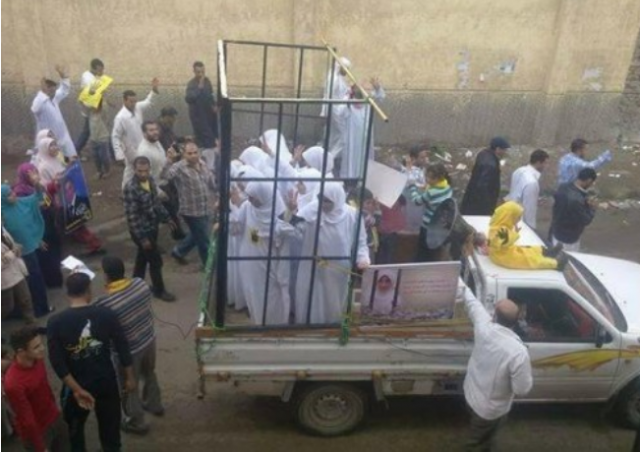 The Featured Image is being spread widely on Twitter and Facebook as evidence of abducted women being sold either into slavery or marriage by ISIS in Mosul, Iraq.

Now ISIS may very well be doing such things, but this is not a photo of ISIS selling women.

It’s a photo from 2013 of Egyptian protests, available at this Arabic language website.

The Google translation is really, really, really rough, but it seems that they were protesting imprisonment of female Morsi supporters, and put themselves in a cage as part of that protest: 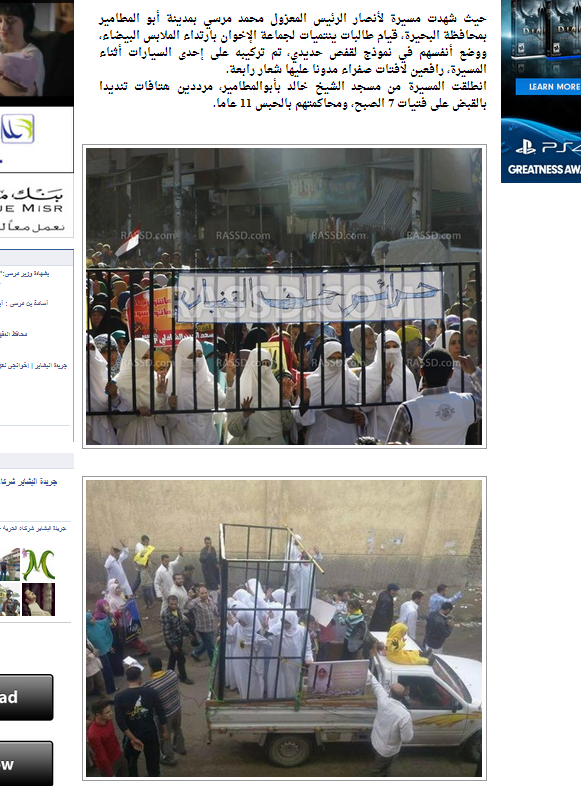 For what it’s worth, here’s the strange translation: 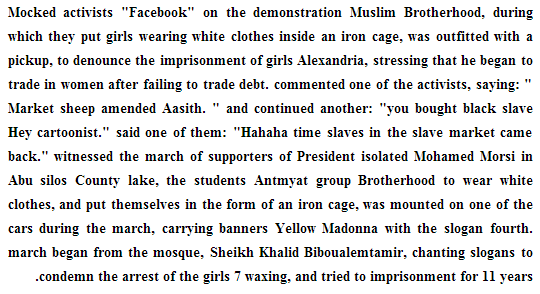 If we call out Pallywood photos in the Gaza conflict, we should try to avoid making even innocent mistakes ourselves.

There are plenty of real, beyond horrible photos circulating of ISIS atrocities.

What always strikes me about photos taken in the Arab world is that you never see anybody working. Doesn’t anybody over there have a job?

These countries are the Welfare Queens of nations. The US, the Euros and the UN keep them supplied with metaphorical EBT, Section 8, WIC, etc. All the while, the aforementioned pretend not to see “Baby Daddy” radical Islam coming over in the evening and crawling out the back window just before daylight, if he leaves at all.

This image (which is of some kind of commemorative ceremony) is also being used as ‘evidence’ of an ISIS slave market for women. Without defending ISIS for an instant, I think we have to put these ‘slave market’ stories down to pure propaganda.

We’d hate to slander ISIS in any way.

Perhaps, like 0bama’s “composite girlfriend” in one of his 14 autobiographies, we can chalk this image up to something similar, like “an accurate depiction”. Hell, we know they’re enslaving captive kaffir women, selling them, raping them, killing them.

We can apply the seeBS/Dan Rather standard…

Why should those guys get all the fun…???

Why would such stories be “pure propaganda”? Selling and buying slaves is legal under Islamic law. The Islamic State has taken women and children captive in their campaigns, so it’s fairly obvious at least some of them will have been sold too, not only used as slaves by the IS fighters themselves.

But the burning question is…

were these young women enslaved by men firing rubber bullets?

The world needs to know…

… are their burkhas made from sustainable materials?