How the media abetted Hamas

How the media abetted Hamas

Will they ever learn? 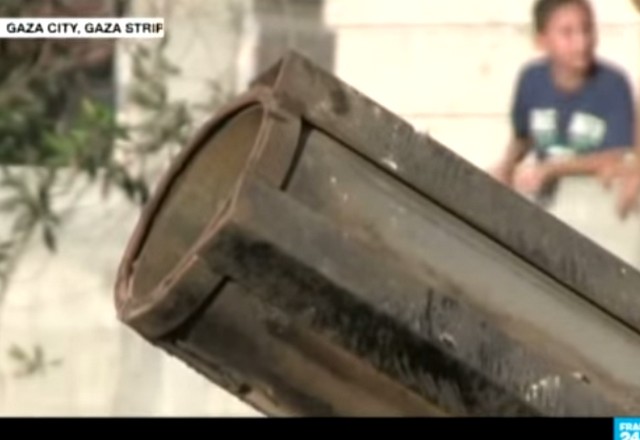 Yesterday the Washington Institute for Near East published Six Ways Hamas Hamas Could Limit Civilian Casualties in Gaza by Jeffrey White. All of White’s suggestions involve separating the combatants from civilians, but as White acknowledges, “… there is little chance the group will implement any of these measures.” And why would Hamas change? Human shields have been an effective strategy protecting its fighters. White concludes:

As long as the world sees Israel as the primary mechanism of civilian casualties, and as long as many Gaza civilians continue to be more concerned with “resistance” than their lives, Hamas has no reason to change its way of war.

Though White doesn’t write it explicitly, the media has a responsibility to tell the whole story and not just the one that Hamas tells or allows them to.

Oren Kessler says this explicitly in Reporters Have Finally Found Hamas. What Took So Long? that was published in The New Republic.

Let me be clear: I admire the bravery required of war correspondents, and I recognize the onerous conditions under which they work. I see no conspiracy behind the inability of many of them to adequately cover Hamas. Instead, I see a collective failure by much of the world’s press to give an accurate rendering of one party to the Gaza fighting, and to lay bare—whether explicitly or more subtly—the restrictions it enforces upon them in so doing.

Take for example, As war with Israel shatters lives, more Gazans question Hamas decisions that appeared in The Washington Post. While there is important information in the report – that Hamas has been alienating the civilian population of Gaza – the report always reminds readers that Gazans resent Israel more. For example:

The criticism does not necessarily reflect a loss of support for Hamas. Most Palestinians, even Hamas’s biggest detractors, say they back the current war against Israel, believing it is the only way to achieve the short-term Palestinian demands of lifting the Israeli and Egyptian economic blockades of Gaza and opening the strip’s border crossings. No Beit Lahiya residents accuse Hamas of using them as human shields, as Israel claims, even as they acknowledge that militants are firing rockets from their neighborhoods.

The first part of that paragraph cites Gazans as supporting the war against Israel despite the losses. But it only presents that view.  It presents no alternative. Hamas could stop attacking Israel and disarm and the blockade would be lifted.

While the report notes that Gazans understand that the blockade hurts them, it doesn’t mention that Hamas’ rule aggravates their situation. Elsewhere there was a reference to Hamas being “clouded by allegations of official corruption.” The article is also silent on Hamas’ huge investment of resources into building the tunnels to attack Israel. If Gazans want an improvement in their living standards, surely indications that Hamas devotes itself more to attacking Israel than in tending to the needs of its constituents is worth mentioning. (One of those interviewed did mention “People thought Hamas had abandoned the resistance, that Hamas was looking only after themselves.” but no supporting evidence was provided.)

The qualification that “Israel claims” that Hamas uses human shields is misleading. It isn’t just an Israeli claim. It is, as Mandy Nagy had previously posted, something that Hamas openly admits.

All these things may be true of the political arm of Hamas. But rarely is it mentioned in a news report that Hamas’ primary objective, its main goal, what it really wants and what its military arm is designed and determined to get, is the total destruction of Israel and the annihilation of the Jews.

It’s a crucial component that’s regularly left out of news reports. But any story that does not mention this among Hamas’ chief demands is not an intellectually honest or complete one.

Militarily Hamas can’t defeat Israel. It can only hope to beat Israel diplomatically. Its strategy is to do that by hoping that scenes of destruction will bring pressure to bear on Israel to accede to its demands. By focusing on the results of the war rather than ideological and military causes of it, the media helps Hamas. Perhaps, as Kessler noted they’re starting to realize that. Although it seems there are those who are determined to continue covering for Hamas. 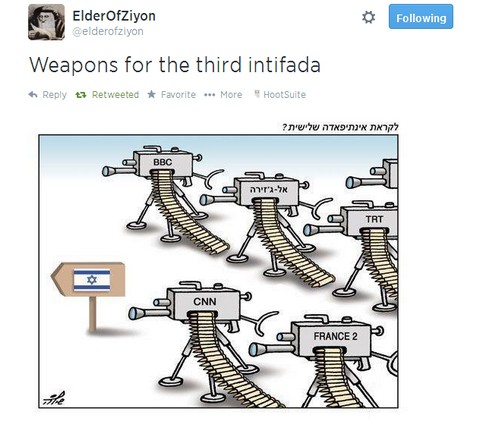 Israelis know that the current intransigence of the US toward Israel will not survive beyond this president, but they must also wonder if Israel will either.

I would like to see an article somewhere listing guidelines for the media for accurate reporting from totalitarian societies where the reporter doesn’t speak the local language.

Limiting civilian casualties is as silly as never-ending 72 hour ceasefires. All casualties and all invasions into Gaza will cease the instant that the rocket fire into Israeli cities stops forever from Gaza.

The media’s influence over the conduct of this war begins when all reporting finds pity for Palestinian residents but without finding fault for Hamas’ conduct of fighting another chapter of their war killings over and over again. Mob rule and religious hatred will not a country make so Palestine will never be a country.

Also, the United Nations is now a dangerous terrorist organization that needs to be booted out of New York City – right after we pull the plug on financing our enemies.