Another male student due process lawsuit – this time against U. Mass.

Another male student due process lawsuit – this time against U. Mass.

A wave of litigation is following years in which due process rights of accused male students were disregarded on campus. 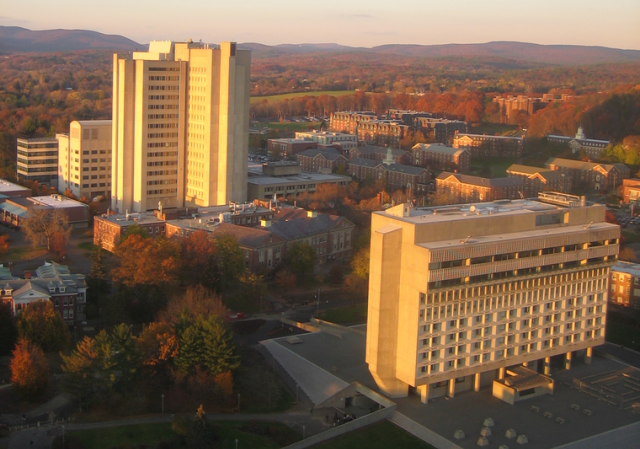 We have been covering extensively the issue of denial of due process to male students on campus accused of sex-related infractions and/or crimes.

One of the cases we reported on regarded campus “conviction” of a male athlete at Columbia, where the female accuser took several months to complaint, and there were contemporaneous electronic communications reflecting that the conduct may have been consensual. See, Suspended Columbia athlete files federal lawsuit over campus sexual assault conviction.

The same attorneys alerted me to a new lawsuit filed on behalf of a student at the University of Massachusetts – Amherst.

The Complaint reads like so many of the others — allegations of consensual sex for which there were later regrets coupled with a university witch hunt to convict the male student almost in disregard of the evidence and without proper procedural protections.

The Boston Globe summarizes the Complaint:

The recent lawsuit against UMass Amherst contends that the male student, a Connecticut native and a sophomore at the time, met the female student, identified in the suit as Jane Doe, at a party in a friend’s dorm room.

During a night of drinking, playing card games, and dancing with friends, the two students became friendly and flirted, and she later invited him to her room to have sex, the lawsuit said. They had consensual sex, and the female student at no point showed signs of intoxication, according to the suit.

The next day, the female student could not remember what had happened, according to the lawsuit. At her roommate’s urging, the female student went to the campus health center for an evaluation. The following day, she filed a complaint with the dean of students’ office.

In her written complaint, she never called what happened harassment, assault, or rape, according to the lawsuit.

Three days later, the university told the male student he was under investigation for threatening behavior, sexual harassment, sexual misconduct, and violating community living standards, the lawsuit said. He was immediately ordered to move off campus and was barred from the premises except to attend classes, the lawsuit said.

Two months later, the university held a disciplinary hearing, the lawsuit said. But the male student had not been given copies of case documents beforehand, key pieces of evidence were not presented during the hearing, the male student was repeatedly interrupted, and questions he had were ignored, the suit said.

Two days later, the student was told he had been found “responsible” for three violations: “sexual harassment, sexual misconduct and community living standards,” and he would be expelled.

The student’s appeal was denied.

Of course, at this state these are only allegations, but they are allegations we are seeing not just in lawsuits around the country, but also through increased scrutiny of the media.

We will upload the Complaint shortly. (Here)

Lots of room for some hungry lawyers to fill their shrinking tummies. Most universities move a lot slower than a red light flashing, siren screaming ambulance and are easier to catch.

You nailed it. I heard the other side of this on NPR, and a couple of women lawyers were talking about the rape culture on our college campuses. To hear them talk, all of our colleges are located in Cairo. I kept thinking about establishing courts on campus, and counting the extra positions this would require. It all had a distinct flavor of ambulance-chasing, without the risk.

If the rape and sexual assault rate at universities were really within two orders of magnitude of what they claim, no woman in her right mind would want to attend or work there, and we would observe that the campus population had turned nearly all-male. The same women who make these claims don’t go alone to sketchy neighborhoods (for all they may claim the concept is racist, observe that they don’t go there themselves), and yet they readily come to and stay at college. They don’t behave as if they believe their claims, so why would anyone else believe them?

I wonder if being a public, land grant institution changes their obligation to abide by state law in protection legal rights. If so, they certainly did not in this case. By a long margin.

Congratulations Mr. Doe. By the time this is over, the citizens of the State of Massachusetts will have gifted you with a massive amount of money, probably more than you would have ever earned on your own – and you won’t even have to run up large student debt.

Of course, since the settlement will include confidentiality clauses, the idiot citizens will never find out how much they were shafted for.

they are generally a GOOD thing, and they are a MARKET RESPONSE to conflicts that crop up in society.

Tort law generally can be seen to develop with market economics. You might not believe that, but it is still true.

The lawsuits that ARE coming out of this “witch hunt” on American campi ARE going to develop some very important information and set some…or renew some…very crucial due process standards that BADLY need to be in place.

I live in Massachusetts and would be one of the citizenry that would be footing the bill if a settlement to him is forthcoming. But this guy was clearly not given due process in this matter and the pc court of Umass/Amherst deemed him guilty in a he said/she said issue. I will happily pay my portion of his settlement in order shed a light on the tactics the ‘new’ feminists and castrati in this state are using.

I have a solution to this issue. Since ALL students have smartphones with cameras I suggest that any lady in question of a potential sex act be photographed naked by the male and showing a thumbs up. This would make anything she later testified to of a hostile nature really hard to believe.

What would the picture prove? Only that she had consented at one point to pose for the picture; it would not prove that she consented to sex, or that she didn’t withdraw that consent before it happened. Even if she were to sign an affidavit before a notary, she could say she changed her mind after that. So long as finders-of-fact start with the assumption that women never lie, and that in any dispute between a man and a woman the woman is always right, nothing will change.

Suggestive, but not dispositive evidence.

If this happens to me, who can I sue? I want to touch everyone who enabled this madness. The college president? The HR department? The professors on the kangaroo court?

For example, why hasn’t anyone brought a suit against the Duke 88 for what they did? Even simple lawfare where the process is the punishment?

Who can be sued here?

One thing to keep in mind with progressive ideology which is certainly key in this trend in academia – a primary goal in setting rules and regulations is to manage POWER. Look at all of the effort to define people by their position in society and ultimately the power they possess in relation. Without being an integral part of the process as the colleges, I would still consider it a safe bet that any administrator who has responsibility for these actions will tell you that the outcomes are less important that the “goal” of shifting power from the males to the females in the environment.

A society that does not protect the rights of certain accused because of the subject matter of the complaint or where it happens, here on campus, risks losing the rights of all accused everywhere. Pastor Niemoller said it well about Hitler’s Third Reich, paraphrasing, when the came for the Jews, I did not care, I was not a Jew … when they came for me … there was no one to speak for me. The accused in these sex related cases must be given due process. “I would give the Devil benefit of law for my own sake,” words attributed to Sir Thomas More in “A Man for All Seasons”.

“When they came for the sex pistols, I did not speak because I was not a sex pistol…”

Heterosexuality is strictly prohibited in the Ivy League.

Bring the heteros out of the shadows…

https://legalinsurrection.com/wp-admin/profile.php
“For example, why hasn’t anyone brought a suit against the Duke 88 for what they did? ”

AIUI the university’s financial settlement with the accused students included a clause that they would not sure the 88.

I read the entire complaint. (Thanks for posting it.).

The problem for the male student under discussion is that the University did not need to prove anything against him in order to punish him. This is because the accusation itself, no matter how absurd, IS the proof. Once the accusation was made the case was already decided, and all of this stuff about rights, investigation, and a fair hearing was just window dressing.

If a woman goes to a bar tonight, gets drunks out her mind, gets into her car parked outsider, drives off and KILLS someone…

It’s totally her own fault. Correct. She’s going to trial and then jail. She can’t say well hey, I would never have done that were I sober, so it has nothing to do with me. That’s not a defense.

However, if she does all the above, but invites the guy she met in the bar to go to her car and have drunken sex with her..

then suddenly she’s NOT responsible, but the guy is?

What the hell has gone wrong here?