One new group has launched a national campaign to push for equality in campus sexual assault cases. 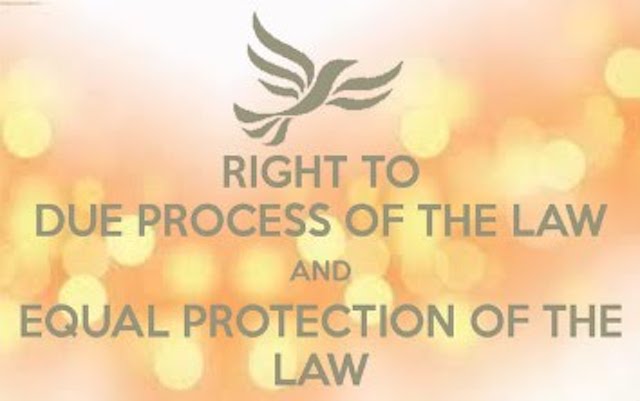 We’ve previously reported on the uneven playing field upon which campus sexual assault cases are tried. In the world of faux-egalitarian bureaucracy that is the university system, there seems to be little concern for the due process rights of the accused; but one new group is aiming to change that.

On the basis of a mere accusation, students have been suspended or expelled from school, have been denied their right to attorney representation and have been prohibited from confronting or questioning their accusers. Investigations conducted by college administrators are often faulty, relying on hear-say, rumor, and teenage gossip, while the “burden of proof” — the amount of evidence necessary to render a finding of guilt — has been expressly reduced from the more exacting “clear and convincing” to a mere “preponderance” of the evidence.

In practice, what this all means is that a student, accused of, say, pilfering another student’s computer in a dormitory, would be entitled to a full and fair hearing with legal representation, a right to confront his accuser, and would be judged by the more exacting “clear and convincing” standard. So, too, for that matter, would someone standing accused of murder in a court of law, where the standard of proof would be “beyond a reasonable doubt.”. But when the accusation is of some variation of sexual misconduct on a college campus — a charge that itself carries enormous life-altering consequences for the accused — no such safeguards are afforded.

FACE has, of course, been accused of being “anti-woman” for having the audacity to demand equal justice, but the founders of the group vehemently deny this accusation:

The women who have come together to organize FACE are emphatically not anti-women; they are, in fact, self-defined ‘feminists.’ Protecting students — whether male or female, and regardless of sexual orientation or identification — from assault, and the proper and effective prosecution of those who would prey upon them are issues of vital concern to FACE.

However, of equal importance to the women of FACE is our sacred heritage of justice and due process of law. Establishing a system that is fair and impartial, and that affords the accused the rights guaranteed to all citizens by the Bill of Rights is hardly a gender-based issue. Under present circumstances, colleges and universities, while striving to protect alleged victims, colleges and universities are inadvertently creating new victims — the unjustly/falsely accused.

Restoring fairness and balance to a system run amok is not a matter of gender division.

A bipartisan coalition in Congress recently introduced new legislation aimed bringing more transparency to how universities address sexual assault on campus. However, this new bill fails to address the very problem that FACE seeks to remedy. In an article at National Review, AEI Research Associate Caroline Kitchens explains why Congress’s latest effort to address campus sexual assault fails on a due process level:

In the past several years, at least 25 men have filed lawsuits against their universities, contending that they were denied due process and railroaded by campus rape courts operating under a “presumed guilty” mindset.
…
The erosion of due process on campus has been well documented. Yet the Campus Accountability and Safety Act does nothing to alleviate or even acknowledge these concerns. McCaskill and her colleagues did not include a single defense attorney or civil-liberties advocate in any of their roundtables. When the Washington Examiner’s Ashe Schow astutely asked the bill’s sponsors about services and protections offered to the accused, a spokesman for Senator Rubio’s office replied, “This bill does not address that issue.”

Campus sexual assault is a very real issue, and Title IX has been an incredible force in ensuring gender equality on college campuses; however, the spirit behind Title IX has been abused by both federal policymakers and university officials in the name of political correctness. Groups like FACE are an important boon to the rights of the falsely accused, and its membership serves as a constant reminder that equality cannot be achieved when we insist replacing one victim with another of our choosing.

Rape is an inherently dangerous felony. It is a serious, criminal matter. Colleges should not be in the business of trying rape cases, at all.

Valerie, I agree. University administrations do not investigate and prosecute other felonies, as far as I know. Rightly so – they are not equipped or qualified to do so. So what makes them qualified to adjudicate sexual assault cases? I think it is unfair to both genuine victims of sexual assault and to the accused. And I wonder how sexual assault victims outside universities would feel about this? How are their cases different from those on-campus?

Now everything is rape.

This woman claims that she was raped.
Go figure.

What a dim bulb!

Actually, if it mattered to her HOW her pictures would be used, she should have stipulated that in the contract – BK or the ad agency would have known to pass on her for one of the other half a million models vying for paychecks.

As it is, I bet the contract she signed gives BK/the agency full rights to her photos in the shoot forever in exchange for the check she got.

I also bet she wasn’t so worried how the pictures could be used when she cashed that check – but someone made fun of her, so it has to be a “violation.”

Feminists well us that if a woman says she was raped it is so. A woman would never subject a man to legal jeopardy for revenge, leverage, or to divert attention away from an inconvenient circumstance.

Ask Brian Banks about the validity of your thesis

The recent lawsuit settlements against universities on behalf of some of the unjustly accused will do more to reign in this behavior than legislation Obama wouldn’t enforce anyway.

Only in the preposterous world of the lefty mind would “due process”, which protects us all, be considered anti-woman.